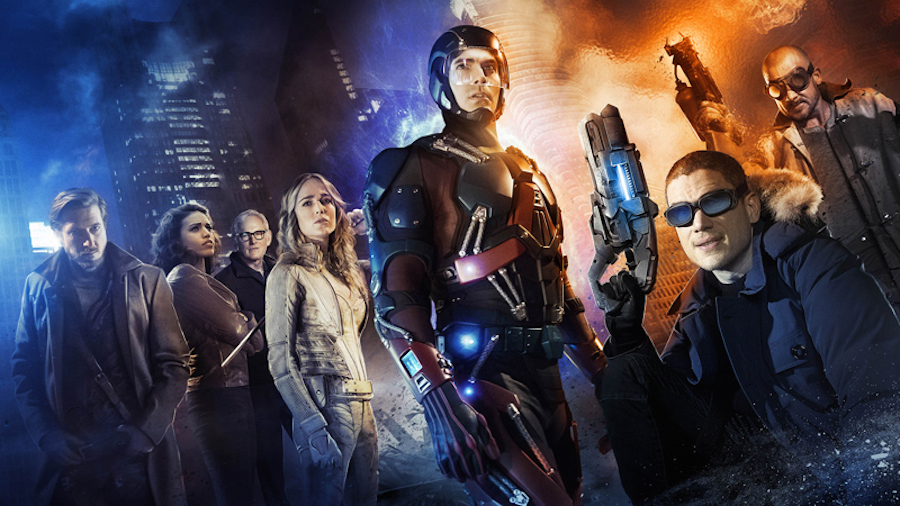 Most fans of the CW’s popular superhero shows Arrow and The Flash have enjoyed the Barry/Oliver crossover episodes. Now, the CW is amping up the hype with a new crossover/spinoff show called DC’s Legends of Tomorrow. In this series, the Arrow, the Flash, Firestorm, White (not Black) Canary, Heatwave, Captain Cold, Atom, and the previously unseen characters Hawkgirl and Rip Hunter will form a team of heroes to save the world from a future threat.

While this new show looks a lot like DC’s attempt at an Avengers-like ensemble, there is a lot to be excited about. Those who watch The Flash know that the CW has begun working with time travel, complete with references to movies such as Back to the Future. Now, Rip Hunter (Arthur Darvill), a time traveler from the future who was name-dropped in the awesome season finale of The Flash, has arrived, looking awesome in a trench coat. He is a member of the Time Masters, a time and history protecting organization, and he has come to knock this unlikely team into shape. This is quite an appropriate casting for Darvill, considering he’s already had experience with the time-travel genre in Doctor Who. I’m definitely excited to see where this show goes with his new character, as, I’m sure, are other fans.

Sara Lance (Caity Lotz), the “deceased assassin,” is back, too! Many fans (including myself) have wanted to see her return to the CW-verse for a while, and now she has. A scene in the trailer above shows her rising resurrected from the Lazarus Pit, a move most fans predicted. Since her Black Canary mantle has been shouldered by her sister Laurel Lance, she will now adopt the persona of the White Canary. We will undoubtedly see some character change in her, too, since she’s been dead for months and the Lazarus Pit “changes people.” Hopefully, it will change her to the point that we will get to see her smile more. And maybe we’ll see a smile on Captain Lance’s face, too, if she reveals herself to him. Hawkgirl/Kendra Saunders (Ciara Reneé) has finally landed in the DC CW-verse. Dr. Stein calls her “a girl with wings and a past lives complex,” meaning that, according to DC canon, she is an ancient, winged, warrior alien who came to Earth centuriesago and reincarnates to stay alive. Now, it appears her present form has discovered her powers of fight and flight. It will be interesting to see how her character development will work, as she is a new addition to the CW-verse. No backstory has been set up as of yet, but hopefully this will happen in the next season of The Flash, since she is revealed in an Easter Egg at the end of the season finale.

Firestorm is returning as well, though it’s a bit hazy how his power will work right now. Originally a combination of two regular scientists, Dr. Martin Stein (Victor Garber) and Ronnie Raymond (Robbie Amell), made into one “combustible” metahuman, Firestorm now appears to be controlled mainly by Dr. Stein. How this will be done is unclear, as Robbie Amell is not cast for this series yet. For now, it looks like we will mainly be seeing Dr. Stein, though both characters will probably be involved somehow.

When Captain Cold (Wentworth Miller) and Heatwave (Dominic Purcell) were thrown into the mix, my first thought was the same as Cold’s in the trailer above: “I can’t imagine any kind of future where I’m a hero.” I’m not sure I like the idea of the supercriminal pair joining this team. But they already have a shaky alliance with and perhaps even a grudging respect for Barry, so hopefully this situation will turn out better than I think. Maybe their future character development will cause the two of them to become something more heroic or “legendary.”

Of course, a team of CW-verse superheroes would not be complete without the adorkable, genius, billionaire Ray Palmer/Atom (Brandon Routh), DC and the CW’s version of Iron Man. It will be exciting to continue to see him in action, and this trailer gives us a glimpse of some of his newer suit modifications, i.e. his shrinking power (finally!) from the comics. While this new power seems to be a nod to the competition with Marvel’s approaching movie Ant-Man, it’s good to know that this long-awaited upgrade is finally here.

The CW-verse has introduced a popular new villain from DC Comics: Vandal Savage, an immortal megacriminal who has been plaguing the world for centuries and is also threatening the very existence of time and history. He has a powerful army (the team does not “have a Hulk,” unfortunately) with laser weapons, a huge robotic foot coming through the ceiling, and who knows what else. 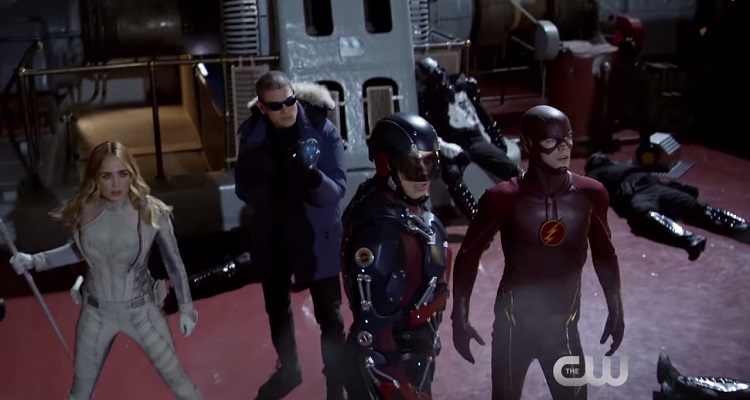 The trailer managed to get away without giving us much more information than the people who will be on the team, the main villain, and a snippet of the plot. It reused a lot of footage from previous episodes of Arrow and The Flash. However, the new footage that the trailer does show looks exciting enough for me to give the show the benefit of whatever doubt there might be about its success.

So far, thankfully, the producers at the CW have done well with not connecting the plots of Arrow and The Flash too much. The viewer doesn’t have to watch both to understand the plot of one. The most that the CW has done is insert little references to significant plot points as bait in case the viewer is curious. In fact, the first hints for Legends of Tomorrow came like this as little second-long images or name-drops in The Flash‘s season finale. Hopefully, the CW will be continue to avoid overconnecting the two, now three shows, and instead deliver the great TV experience that viewers have come to expect from them. Keep it up, CW!

5 Videogames That Every Gamer Should Try

‘Game of Thrones’ S5 E9 Recap: The Desolation of Drogon