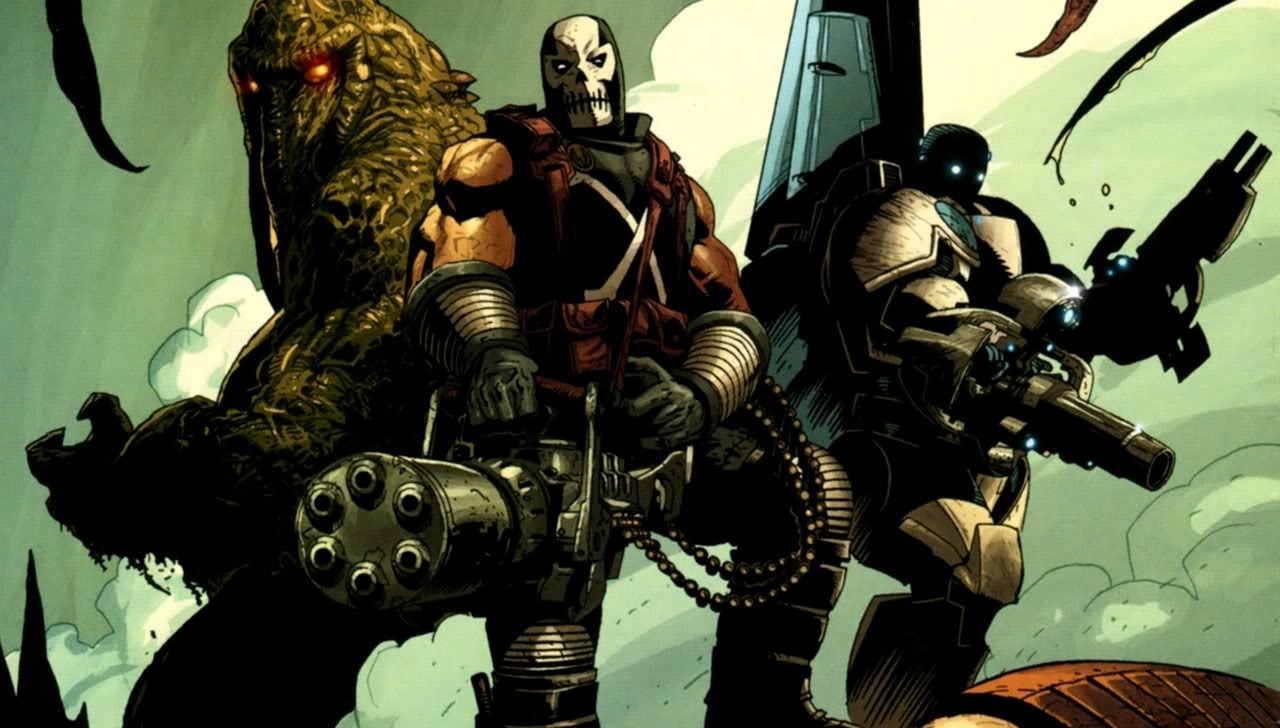 He may not have been a central villain in The Winter Soldier, but that doesn’t mean his time is done. Frank Grillo, known in the Marvel Cinematic Universe as Brock Rumlow a.k.a. Crossbones, has stated in a recent interview that he’s signed a six movie deal with Marvel. So while you can beat him or throw him under a burning building, he’s just going to keep on coming back for more.

What this eventually leads to, excitingly, is the possibility of Crossbones reoccurring in smaller stand-alone films like Black Widow and helping Marvel push past its PG-13 boundaries and into the R rated spectrum. While this may seem like a longshot given that the property is heavily marketed under the Disney logo, writers Christopher Markus and Stephen Mcfeely have already leaked in an earlier interview that such ideas could be a “taste of things to come.”

In light of an array of more adult themed R rated films led by obvious choices like Blade, Punisher, and now Crossbones, let’s explore other characters that could benefit from a lack of parental guidance neutering.

It’s taken two abysmal performances at the big screen to realize that Ghost Rider is not a marketable character. He cannot be sold in the same manner as Avengers or Ant Man and simply sugar coating his dark themes with laughter only makes you care less about the character. With Nick Cage’s ecstatic eyes and painfully dull dialogue it would seem as if Ghost Rider is better on the pages than in frames.

But let’s imagine a setting, not over dramatically dark but raw, dank, and dim, with an indie actor like Jared Leto as Danny Ketch at the center with a Harley Iron 883. The film will draw out a more horror movie ambience and reserves the Rider for non-combatant scenes but rather a monster/stalker vibe. Given the success of last year’s Conjuring, the people are still drawn to well shot and organized horror films that push style and substance. Even with the R rating a serious horror themed Ghost Rider can pull numbers that surpass both its predecessors.

Known to those more involved in Marvel’s street level heroes and vigilantes, Moon Knight is a character of intriguing perplexity. As a former Marine and CIA operative turned gun-for-hire, Marc Spector’s not your true blue hero. He’s draped in all white and is called the Moon Knight, an identity inspired by his interaction with the Egyptian god of vengeance Khonshu. Coupled with his schizophrenic behavior Moon Knight is not the hero small children on the playground would like to impersonate nor would you want them to.

But he is a character of intriguing perplexity. It would seem right for his own standalone film to be rated R as it’s full with mature themes such as mental instability and death. Also, while wide audiences won’t be drawn to his pagan origins a surreal art house approach to the use of idols and rituals could generate more adult appeal.

Yes, while Black Widow and her marksman love interest Hawkeye have graced the films Avengers and Winter Soldier, their spinoff films would not incorporate the same super powered flare that’s been so lucrative for Marvel. Instead, we would have a basic action film with two bad asses whose main power is kill.

If you take a look at the numbers alone, their collective body count minus alien invaders are at least a few dozen. With an R rating, the film can play to the strengths of the Widow’s seductive ploys and Hawkeye’s witty banter. And of course, the possibility of their film’s R rating could employ the best foul mouth to ever grace cinema, Samuel L. Jackson. Imagine Nick Fury on an unleashed swear word ridden tirade at the top of a past S.H.I.ELD. operation or in a present spy situation alongside two of Marvel’s most ruthless killers and what we have is a Marvel-Tarrantino like film minus the family friendly vibe or special effects. This sort of project will rope in the anti-superhero anti-fun demographic that avoids these summer block busters at all costs, thus broadening Marvel’s reach over more mature audiences.

While the likelihood of Marvel going R is slim due to shortening of audiences, I still like to entertain the idea. Maybe one day we’ll see that infamous trailer that won’t be displaying that Disney castle, but until then, which hero would you like to see go R?