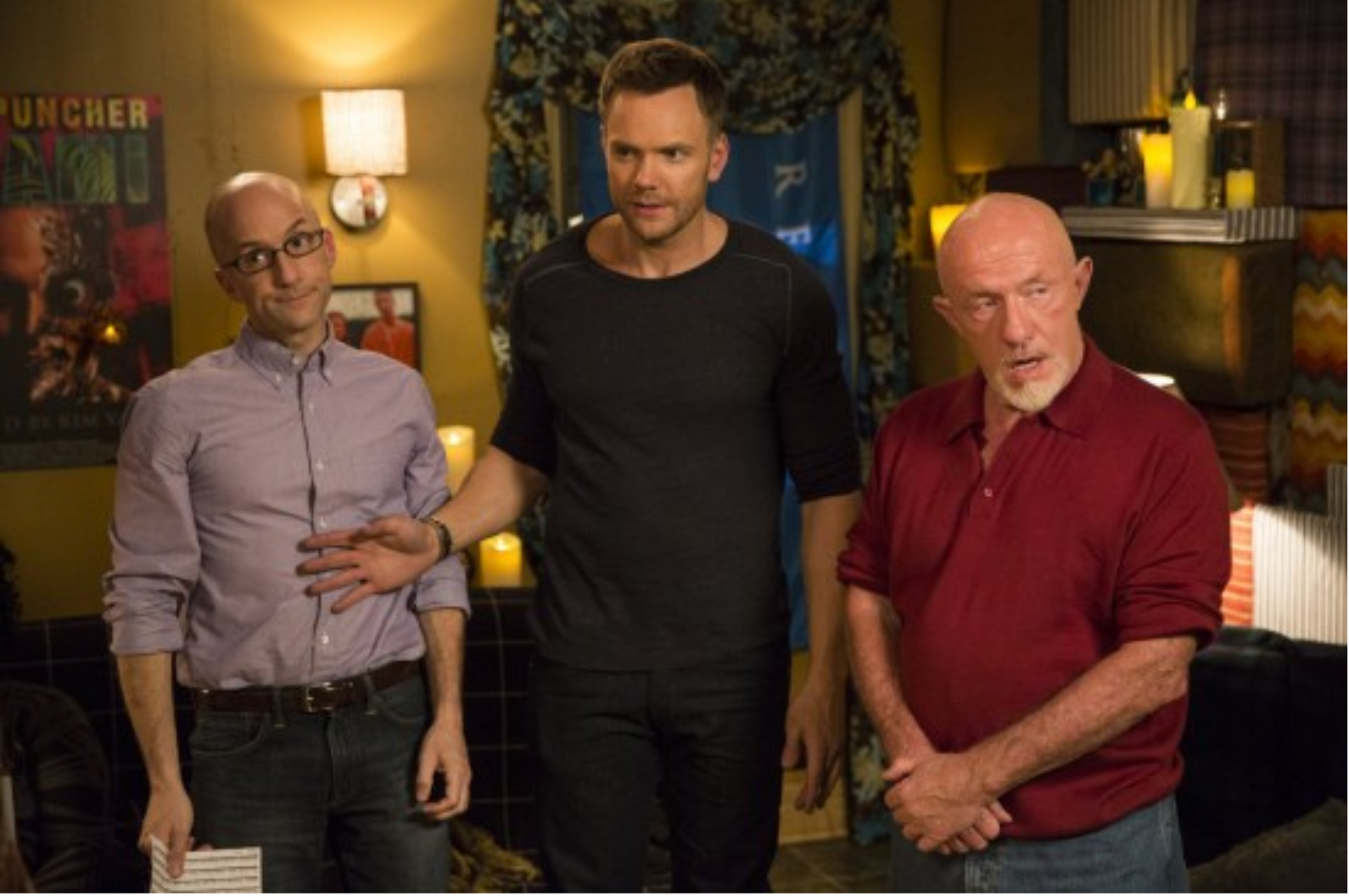 Community‘s sequel to the legendary “Advanced Dungeons and Dragons” is like “An Extremely Goofy Movie”: less funny and emotionally satisfying than the original, but about as good as a direct-to-video sequel can possibly be. Abed tempers our expectations early on by acknowledging that “a satisfying sequel is difficult to pull off,” and somehow this meta-prophecy allows diehard audiences to appreciate the episode for its merits without feeling stripped of their rights to snobbery.

The heart of the episode is Hickey’s desire to reconnect with his son, Hank, played by a whiny David Cross who should probably just be Tobias Funke all the time. It’s a promising arc, but the abrupt ending with the game still in progress and no emotional issues resolved feels underwhelming, especially compared to Fat Neil’s cathartic journey in the original (attentive viewers may have noticed him doing this and that in the background during the opening scene). The more entertaining family reunion is between Jeff and Dean Pelton, father and son in the game, whose separation by Skull River gives Jim Rash some much-deserved screen time: his letter-writing montage (“I send word on wings of sparrows”) and incestuous sword puns are only rivaled by last week’s peanut rap.

Easily the highlight of the gang’s search for the Necromancer is Hickey’s good cop/bad cop interrogation of two goblins, both played by Abed in a performance that should inspire a new category of award, preferably one honoring impressive jaw dexterity and contortion of facial muscles. Their interaction affirms the fantastic and unlikely chemistry between Hickey and Abed, first established by Jim the Duck in “Introduction to Bondage and Beta Male Sexuality.”

Ultimately, the episode’s strength lies in creating a cohesive group dynamic that embraces Dean Pelton, Hickey, and Chang after Troy’s departure, assuring fans that the show will survive the loss. Hickey banters easily with the original study group as Tiny Nuggins, halfling thief and water boarder of goblins (“I’ll imaginary sleep when I’m imaginary dead”), and Chang delivers solid one-liners as a troll named Dingleberry (“Man you made that sky spider your bitch, yo”).

“You owe us an ending,” Hickey tells Dungeonmaster Abed when the Necromancer slips through their grasp in the final scene. Well, “Advanced Advanced Dungeons and Dragons” doesn’t give us one, and maybe that’s because Dan Harmon intends to play out the father-son tension over several episodes, but it leaves us wishing that Community would let the classics be. The direct-to-video sequel is almost always unnecessary, but this one at least offers a promising glimpse into Season 5’s Save Greendale Committee—and maybe, if we roll the dice right, #SixSeasonsAndAMovie.