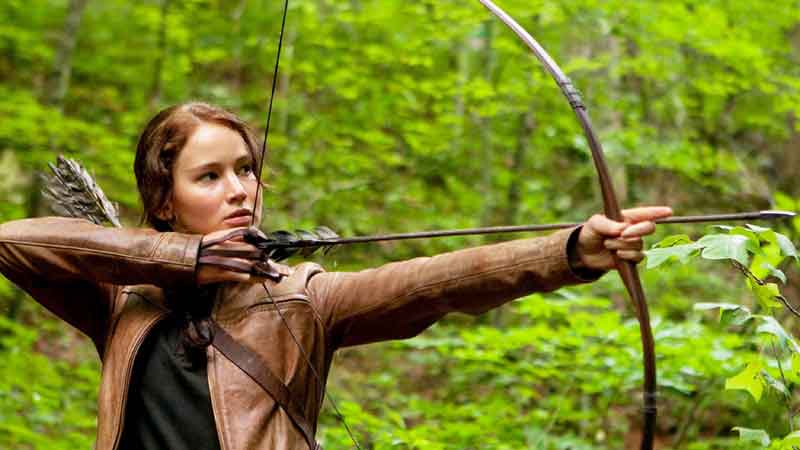 Executives from the movie studio Lionsgate are trying to figure out how they can milk The Hunger Games franchise to gain even more money. CEO Jon Feltheimer has revealed that the studio is partnering with Thinkwell Group, a company known for creating theme parks, to produce an exhibition of costumes and props from the film franchise. The Hunger Games: The Exhibition is expected to tour museums and other institutions of the United States during summer 2015. Lionsgate is hopeful that this exhibition will extend The Hunger Games brand beyond their movies and will allow them to pursue theme park opportunities in the future.  That’s right: there may soon be a Hunger Games theme park similar to the Wizarding World of Harry Potter.

A museum exhibition seems like an exciting possibility. Fans and movie buffs would undoubtedly enjoy the opportunity to see Katniss Everdeen’s bow or the outfits worn by tributes in the arena. Perhaps we would even be able to see Katniss’s wedding dress or an authentic mockingjay pin worn by Jennifer Lawrence. Unfortunately, we don’t yet know which cities the exhibition will visit but the tour will hopefully allow fans across the country to get a behind-the-scenes look at the making of The Hunger Games. If the exhibition proves to be lucrative for Lionsgate, a theme park could be a very real possibility. Suzanne Collins, the author of the dystopian book series, has yet to comment about the touring exhibition or the plans for an amusement park based on her work.

A theme park based on the world of Panem would attract a lot of attention from the media and from fans. However, it’s difficult to know what kind of rides and attractions could be included in an amusement park based on a very dark, violent series. You can’t exactly mimic the experience of the Games or encourage young children to hunt one another in an arena. Ironically, the books mention that vacationing citizens of the Capitol do actually enjoy visiting old arenas, which are turned into tourist attractions after hosting the Hunger Games. Isn’t this kind of the same thing? If the theme park is to be successful, those in charge must ensure that the attractions do not glorify violence or promote the excessive lifestyle of a Capitol citizen.

However, there could be ways to create tasteful rides and shows that are respectful to the original message of the series. Perhaps there could be a shooting-gallery ride that allows visitors to practice their archery skills. The ride could mimic Katniss’s experience hunting for her family instead of her experience shooting other children in the arena. The theme park could also include a roller coaster that takes riders on a journey to escape tracker jackers or the poison fog featured in Catching Fire. For food, why not build a replica of Peeta’s bakery? Though this is a fictional series, the amusement park should be respectful of the thousands of children that died because of the Capitol and refrain from promoting the Hunger Games as a positive experience.