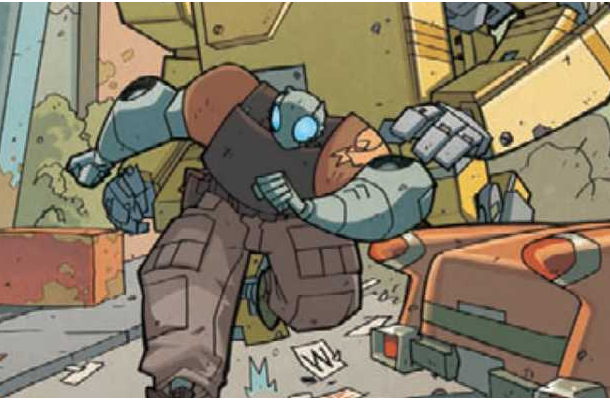 It’s an unfortunate truth that the majority of the comic book medium is dominated by Marvel and DC. While there’s nothing inherently wrong with either company, their presence in the comic book industry, pop culture and beyond often overshadows the efforts of smaller comic book publishers. Free Comic Book Day, which we have focused on here at Geek Insider, gives these smaller publishers the golden opportunity to gain the attention of comic fans and comic newcomers alike.

One such publisher is Red 5 Comics. Founded by former Lucas Online and StarWars.com director Paul Ens and collaborator Scott Chitwood. Red 5 Comics openly admits that the world “probably doesn’t need another comic book company”, yet it has “a definite need to create them”. 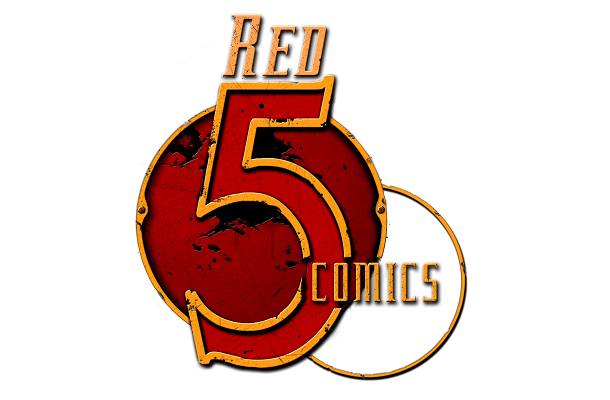 Red 5 Comics began distributing comic books in 2007 with their headline title Atomic Robo. Six years later and Red 5 Comics attempt to capture the imagination of potential customers with its Atomic Robo Free Comic Book Day 2013 issue. But does it do the trick, or does it quiver under the might of the all-powerful Marvel and DC? Well… Yes and no.

Atomic Robo is set in an alternate universe in which Nikola Tesla created the titular robotic character in 1920. Present day Atomic Robo now leads Tesladyne, a company whose sole purpose is to “save the day with science”.

This short story sees Atomic Robo battle it out with a malfunctioning, nuclear powered construction robot as it tears through the streets of “Anytown USA”. In doing so, Atomic Robo gets smashed into cars, skimmed down roads and almost gets chopped in half by a motel sign. It’s harmful, action packed fun and in that respect it does well. Panels are laid out well and the big, colourful characters are easy to follow as they jump, punch and roll their way across the page. 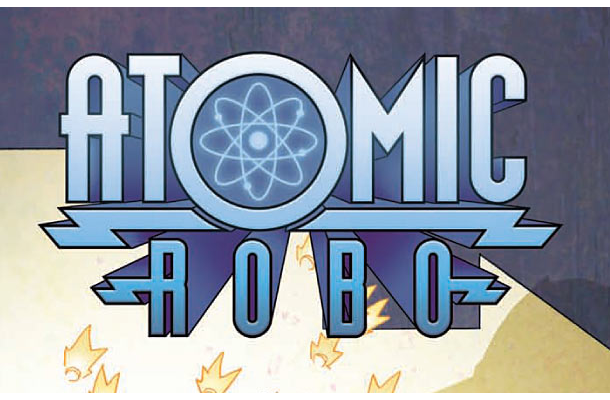 Atomic Robo‘s main problem is, however, that there’s too much action and not a lot else. Atomic Robo himself looks and sounds like an interesting hero, yet his nine page fight scene really doesn’t allow for the spunky little robot to say all that much. This also means that other supporting characters are no where to be seen and we’re also given no information on the series’ past events.

Is Atomic Robo supposed to be an inept fighter? Does his strengths lie in his words and thoughts like the small smatterings of dialogue suggests? Why exactly is Atomic Robo fighting this nuclear powered robot? There’s so many questions I’d liked answered, but no real answers to go on. From what I’ve seen, I simply don’t feel impressed or intrigued enough to go out and spend my money to find out what happens next.

Bodie Troll: The Cutest, Grumpiest Little Troll in the World

Atomic Robo‘s other comic strip, titled “Bodie Troll”, is surprisingly the better of the two. I say “surprisingly” because I wasn’t even aware of the story’s inclusion of Atomic Robo until I actually read it. On closer inspection, Red 5 Comics had devoted a small section of the bottom left of Atomic Robo‘s front cover, but it’s hardly eye catching.

Bodie is a feisty little troll that spends his day hiding under a bridge and attempting to frighten goats. Unfortunately for Bodie, he’s just too darn cute for anyone to take him seriously. When he’s not trying to scare goats he’s eating roots and drinking cider at an inn in Hagadorn, a small fairy tale-esque village.

Bodie’s adventure starts when he’s asked by the inn’s owner, a magical spatula-wielding fairy godmother, to go and collect a giant egg from the local blacksmith in order to pay off his tab. After being distracted by a puppet show, Bodie learns that the rotten corpses of goats have been found in pools of sticky, blue saliva on the outskirts of Hagadorn. Things get even more bizarre once the egg he’s sent to collect abruptly hatches, revealing an unexpected twist.

The Bodie Troll story’s constant clashing of the bizarre and disgusting against the cute and harmless is both thoroughly enjoyable and very slightly disturbing. Bodie himself is hilarious in his idiocy, but absolutely charming in his quest to be taken seriously. My only criticism is that most of the panels are a bit too busy and there’s sometimes a bit too much going on. On the flip side, the art is charming and the colors are clean and bright.

Atomic Robo or Bodie Troll: What Do You Think?

While the Atomic Robo story was a little disappointing in its lack of depth, Bodie Troll more than makes up for it. But did you pick up Atomic Robo during Free Comic Book Day 2013? We’d love to know what you thought, so be sure to leave a comment below!

Xbox One – It’s Not All Bad