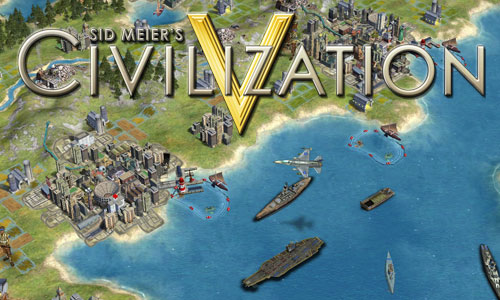 Someone once said that Civilization V is the closest thing man has invented to a time machine. By this, the reviewer was not commenting on game’s stunning recreation of periods and personalities from history; rather that one could sit down to play it, stand up again almost instantly, and find twelve hours passed. That’s the kind of statement that should be on the game box.

Now the newest add-on, ‘Brave New World’ is out, but I’d like to rewind a little to discuss some of my favorite things about the last one, ‘Gods and Kings’. GAK introduced the ability for players to create pantheons of beliefs which would eventually blossom (if you were quick enough) into fully-fledged religions.

It works so well because its a perfect blend of game play and narrative, and as a student of religious studies, this is right up my alley (notwithstanding the option to name your religion “Poop-ology”).

When you initially form a belief system (around 3rd millenium BCE), you get to choose one trait. The first time I did this, my capital city resided squarely within a large desert. There is a trait that allows you to reap rewards (measured in-game as “faith points”) from desert areas, so naturally I chose that, which came under the description, “A Desert God/s”.

As I did it, utilizing my cities unique position to garner some relevant rewards, I realized how not too dissimilar this process was to the actual process of formation that real “primitive” religions went through.

Real-life Zoroastrianism, in it’s Indo-Iranian, “primordial” state, was a set of beliefs that revolved around the lives of the nomadic priests and warriors who made up its community. Because they were mobile in nature, those of the community had an “aniconic” (literally “without depictions” – so no temples, statues, pictures etc) religious tradition.

As Mary Boyce, one of the pre-eminant scholars on the religion noted, “the vastness of the steppes led the Indo-Iranians to conceive their gods as cosmic”, in other words, their beliefs were affected and shaped by the geography of the land in which they lived: they deified fire, an important part of keeping warm and warding off predatory animals; as well as personifying abstract concepts, such as wisdom.

In Civilization V, I was trying to get the edge on my opponents with the most efficient traits/skills for my religion, but also it makes narrative sense for a city in the sand to conceive of a “God of the desert”. It’s absolutely brilliant.

This definitely isn’t new information to those who made the game. They knew exactly that in the early stages of the game that your initial plans, religious and technological, would be shaped by your initial context.

It combines two of the most crucial elements that make a game worth its weight; not only does it make the gameplay interesting every time without fail, but it makes the whole wider narrative that you construct for your empire watertight