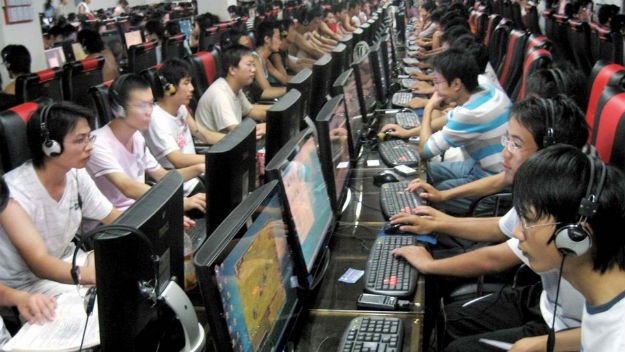 In June 2000, the Ministry of Culture forbid “any company or individual to produce and sell electronic game equipment and accessories to China.” The video game ban was originally put in place in an attempt to shield the Chinese children from being corrupted by video games, however it is now going to be lifted in an attempt to improve China’s commerce with the world. A “Shanghai free trade zone” is being created with the intent to make the Chinese economy more open and accessible to other countries and make its currency more widely used. It has been 13 years since the laws inception, and finally, it looks like the law is going to be lifted and China welcomed to the consoling world. Chinese newspapers have reported that the move is imminent, and that powerful figures like Premier Li Keqiang are supporting it.

Lisa Hanson, from market researcher Niko Partners, told Kotaku, “The government thought that was the best way to protect Chinese youth from wasting their minds on video games, after a parental outcry.”  China is not changing the law because they no longer believe that video games are detrimental to the minds of their youth; the goal is to increase the use of Chinese currency. The ban didn’t stop much anyway, since shortly after it was put in place, online gaming became a huge trend; the market size hit $100 million. China’s youth joined the gaming world online and found their way around the government’s rules, so the ban, Hanson says, “didn’t stop the ‘problem’.” The government is ending the ban because they believe the Chinese economy will be made more competitive internationally through such a move. The government isn’t completely abandoning their ban however for the sake of economy. They have added as a caveat that they will be in control of which games are allowed to be sold within the country. Any games that are too violent or aren’t politically sensitive will not be allowed.

Sony, Microsoft and Nintendo, however, are not automatically going to be adding a billion new customers to their lists. The Chinese have made certain rules to make sure the law change is as beneficial as it can be to China. Only consoles manufactured in Shanghai can be sold within the country; since that is where the new free trade zone has been made. This means that any companies looking to sell to the Chinese will need to build separate manufacturing and distributing channels within China. I mean, a billion customers is worth that, but it’s going to require a lot of money and time. The spokesman for Sony Computer Entertainment in Hong Kong said, in response to the rumors: “We recognize that mainland China is a promising market. We will continuously study the possibility, but there is no concrete plan at this stage.” Chairman and chief executive at Microsoft Greater China, Ralph Haupter stated that Microsoft was working to address the legal requirements to enable the release of its new Xbox One console in Shanghai. The major companies are getting a move on to prepare for this coming change.

China, since they have been banned from owning consoles for so long, has an extensive video game black market that’s been selling consoles and pirated software and hardware for years. China is definitely going to have to put high piracy rates in place, because their piracy is out of control and could severely mess up the industry and prevent the major companies who move there from making as much as they expect. Sony released the PlayStation 2 in China in January 2004 and it was a disaster. The rampant piracy of the games and hardware made the product plummet. Many companies copycat other systems; Nintendo’s Wii was copied by “Vii”, a Chinese company that’s system runs preloaded motion controlled games. Some Chinese cafes also have consoles for games to play on.

Another thing that stands in the way of a booming new income and customer base for gaming companies is the wide usage of iPhones and iPads. They are not considered to be gaming products and are already used abundantly across China. Young Chinese play games on Apple’s popular mobile devices which are assembled in China and sold there perfectly legally.

Although the lift of the ban will come with many regulations, and although piracy will make companies fight for success, the addition of China and its billion people could bring a great change to the gaming industry.