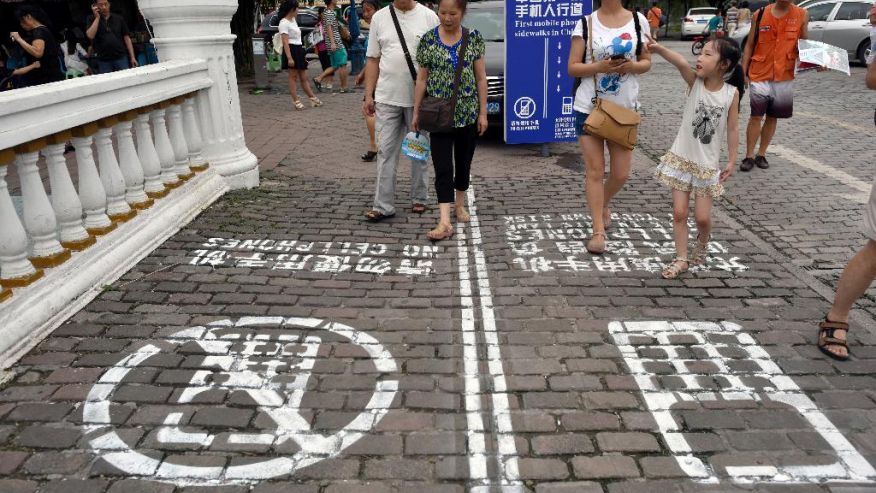 Taking a cue from National Geographic TV’s Mind Over Masses show, the city of Chongqing in China has set up signs dividing pedestrians glued to their phones and those that are not. Set on a 50m stretch of pavement, the marketing official of Meixin Group, Nong Cheng, tells The Associated Press that “There are lots of elderly people and children in our street, and walking with your cellphone may cause unnecessary collisions here”. 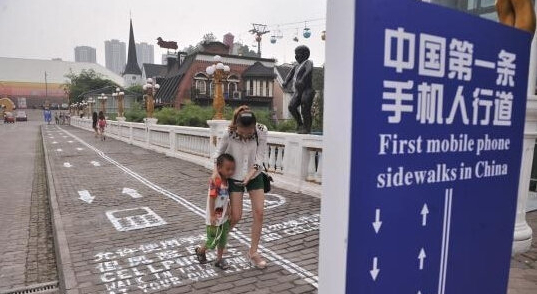 While the idea is a godsend for pedestrians who are tired of slow text-and-walk zombies in the way or having said zombies collide into them, how effective is this initiative? In the “Mind Over Masses”, the behavioral experiment set in Dupont Circle in DC showed that few pedestrians actually followed the signs and continued on their merry way. To nobody’s surprise, Chongqing residents had little interest in following the signs and instead encourage the people to take photos for their social media. Nonetheless, the signs certainly set up a great idea into making pedestrians more aware of a growing problem in today’s world: obsessed cellphone users.

And that’s probably only going to get worse as the smartphone market is continuously increasing not only in China but the world. Many hungry techies are already waiting for the release and a verdict on the new iPhone 6 and iPhone 6 Plus as well as Samsung’s Galaxy Note 4. In an effort to stay relevant, many US phone companies are starting to ditch the two-year agreement contracts in response to the consumer demand of wanting to change phones before their contracts end. It comes with the mentality of needing to have what’s latest and what’s new, and with today’s technology, the newest and latest have been coming out much faster. It then follows through with people’s need for instant updates and instant communication. When was the last time you didn’t hear someone get frustrated from not replying instantly to your text? It seems that the new generation and the old generation of dial up have been spoiled into the mentality of urgency in smartphones.

On a somewhat less serious note and to no one’s surprise, the cellphone users seem to ignore the signs because they are–of course–too busy looking at their cellphone screens. However, how much of a hazard does this really present? For China, inattentive text-and-walk pedestrians can be really dangerous due to the small roads devil-may-care attitude that Chinese drivers sometimes practice. Even moreso, China is known to have many motorcycle users as a primary form of transportation, making it even more dangerous as these motorocyclers weave in and out of traffic. In fact, it is worth noting that the same city that has implemented the No-Cellphone sidewalk is considered China’s Motorcycle Capital and is a big automobile and motorcycle manufacturing hub. Therefore, even if this initiative may be currently being taken lightly, it might have more of a basis for concern rather than just taking care of a social nuisance. 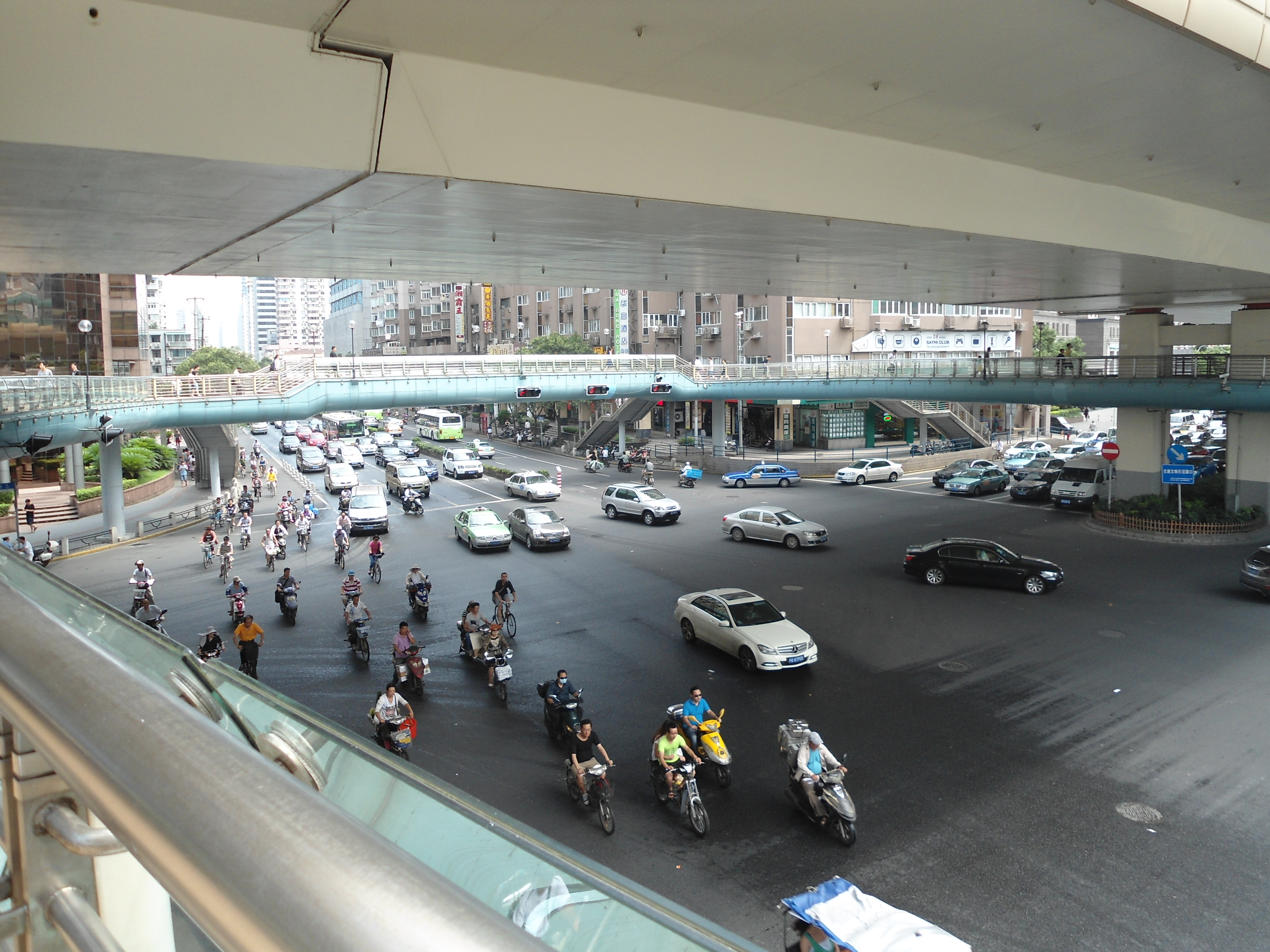 Many people will find this initiative amusing, but perhaps that is what China is aiming for: to use a creative, fun idea to create awareness for a problem. We don’t know if the signs will be there to stay, but for sure, it will create a sort of tourist attraction for the time being, and because of that, it will have people consciously follow the signs. Only time will tell (and perhaps some enforcement) to see if this sidewalk initiative can have pedestrians realize that they can enjoy a nice stroll looking forward rather than looking down at their screens, and that notification from your new Tinder match can wait.