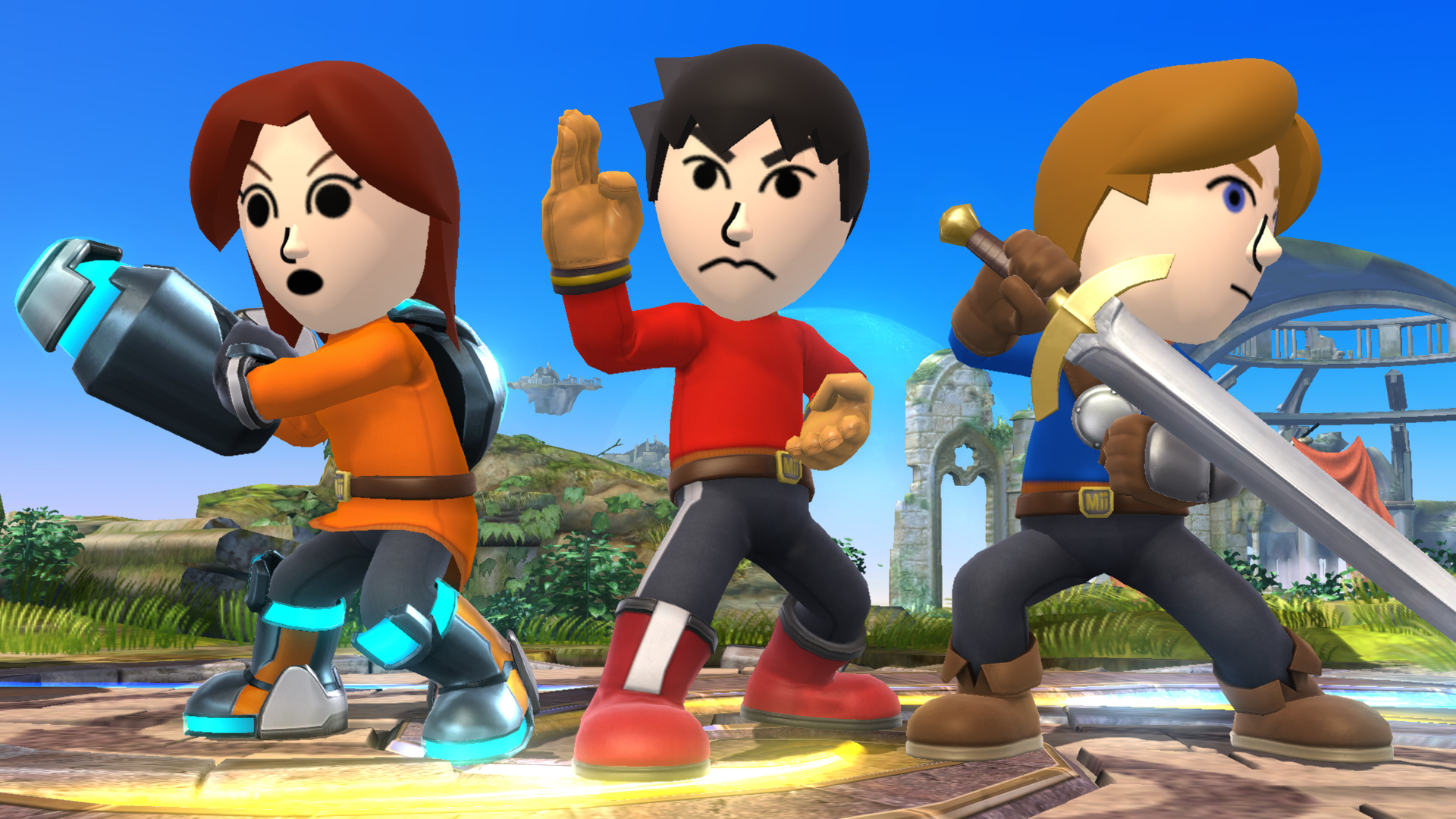 During their E3 presentation, Nintendo announced that Pac-Man and Kid Icarus’s goddess Palutena will be playable characters in the upcoming Super Smash Bros. games for the Wii U and 3DS. These characters will fight alongside classic heroes such as Mario and Link, as well as other newbies such as the Wii Fit Trainer and the Animal Crossing Villager. However, don’t worry if none of the 30+ character options appeal to you. Nintendo is giving gamers the opportunity to create a personal character with the new Mii Fighter feature. It’s now possible to fight Smash battles as yourself, as a celebrity, or as another video game character that didn’t make the cut for the official roster this time around.

There will be three different types of Mii Fighters to choose from: Brawlers, Swordfighters, and Gunners. The Brawlers are physical, close combat fighters with a similar style to Donkey Kong or new character Little Mac. The Swordfighters are weapon masters and the Gunners will be able to fire a variety of projectiles from long distances. After choosing a fighter type, players will be able to choose four out of twelve special moves for their new character. The three varieties of fighters each have a distinct set of moves, meaning that a total of 36 special techniques have been created for these Mii Fighters. Gamers will also be able to design their character’s appearance and select their outfit. The end result will be a completely unique fighter. This emphasis on customization will favor serious gamers who possess the determination to create the perfect character for their fighting strategy. However, even casual players can have some fun with this new feature.

Unfortunately, gamers will not be able to use their Mii Fighters for online matches unless they are playing against their friends. Masahiro Sakurai, director for the Smash Bros. series, expressed his concern about potentially bullying issues that could arise with the creation of the Mii Fighters. Players could design Miis based on real people and pubically beat them up in the game as a form of harassment. Of course, it’s also possible that Nintendo just doesn’t want players to expose inappropriate or offensive Miis to the public. It seems like people will be able to put a lot of time and effort into their custom characters, so it’s a shame that we won’t be able to share the results of our labor online. However, it’s admirable that Nintendo wants to ensure a safe environment for players.

Many Smash fans are still waiting to hear the fate of characters such as Captain Falcon or Ness. Even if their favorite characters are omitted from the next installments in the Smash Bros series, players can look forward to creating their dream fighters.

You Win Or You Die: Who Is Playing The ‘Game of Thrones’ The Best?

6 Video Game Themed Restaurants That Will Blow Your Mind