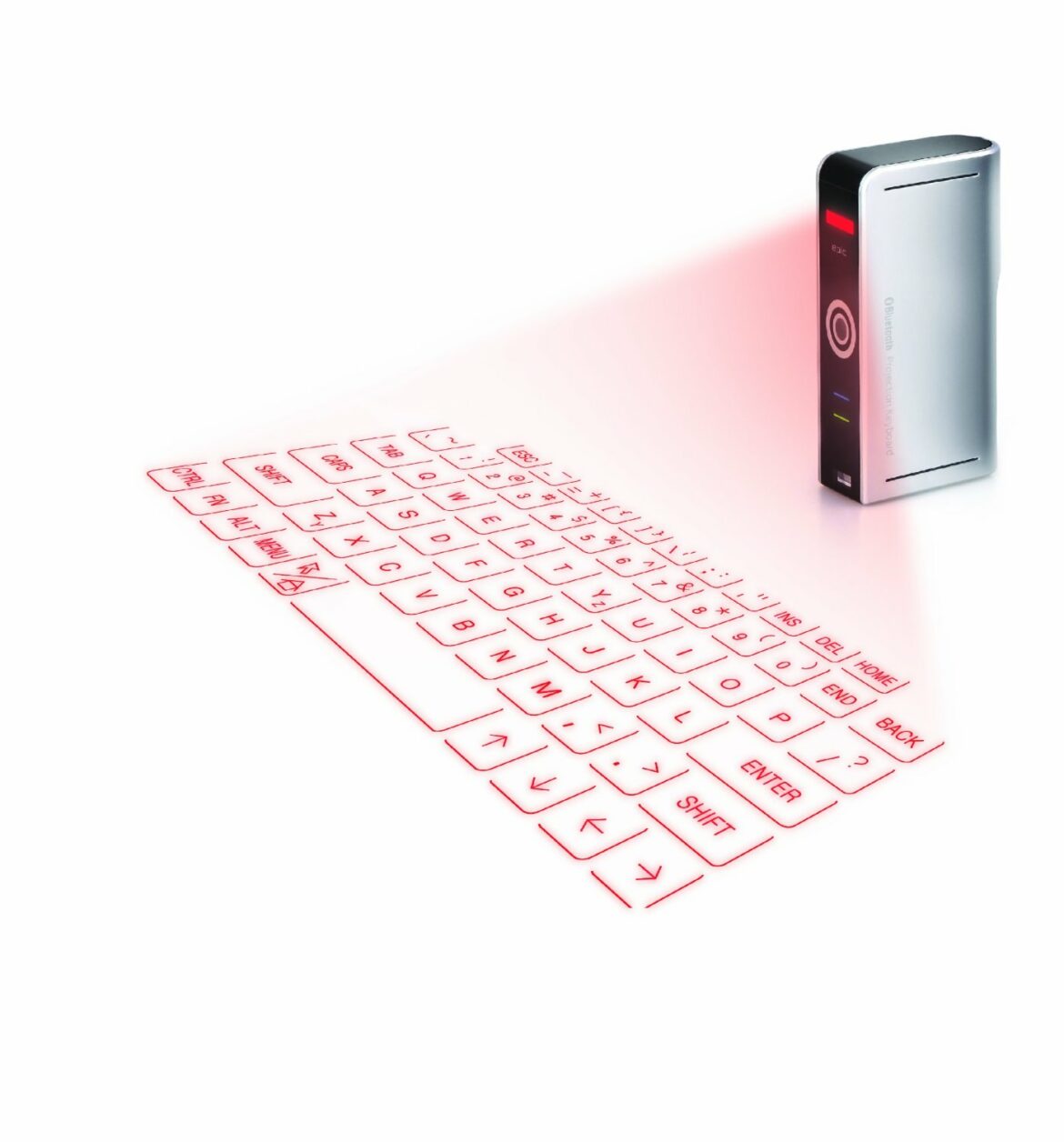 You can’t always take your computer with you and sometimes you must rely on your smart device. While typing quick texts on a touch screen is no hassle, writing blog posts or long emails can be an annoying task. You want a wireless keyboard, but something that can fit in your pocket. If I said that ten years ago, people would look at me like I am a lunatic, but in this day in age, the concept is more than possible.

Chances are that you have seen this futuristic-looking keyboard somewhere online. Well, it’s real and according to the title it’s epic, especially as far as eSports level keyboards. It only consists of one part, a small projector that displays a virtual keyboard onto a flat surface in front of it. The Epic is picked up by your device through Bluetooth, no Wi-Fi signal or drive required. From there you are free to use it with any app or software that involves typing something. The keys are not activated until you physically touch the surface that they lie on, so there is no accidental typing. While it works on practically any flat surface, it will not function as well on glass or other reflective surfaces.

Since the concept first came around, the virtual keyboard has gone through many changes for the better. One of the bigger upgrades that the Epic has made is the multi-touch mouse feature. This functions similarly to a track pad, using swipes and taps of the finger. There are gestures for left and right clicking, zooming in and out, scrolling and navigating between web pages.

Epic comes in a variety of colors; referring to the device itself, not the projected keyboard, which is red by default. You can also customize things such as the sensitivity, brightness and the sound feedback.

The Epic is compatible with any device that has a Bluetooth network. It works well with all devices running at least iOS 4, Mac OS X 10, Android 4, Windows XP or Blackberry 10.

The Vampire Trend: From Scary to Fairy

Play NES and SNES Games Anywhere with the RetroDuo