There is some great news for all those hardcore Ghostbusters fans out there. In celebration of the original Ghostbusters’ 30th anniversary, there will be a restored and remastered theatrical re-release coming back to the big screen in 4K for a short amount of time.

The re-release will last only a week at select theaters, starting on August 29th, 2014. In honor of its return, Sony Pictures has made a new retro trailer.

This is the original, for comparison:

In regards to the anniversary and the re-release, Rory Bruer; president of worldwide distribution for Sony Pictures, had this to say; “Ghostbusters is still one of our studio’s most beloved franchises – I was lucky enough to work on the release of the film on its first run, so it’s a real thrill for me to see that it’s still connecting with audiences everywhere. On the big screen or in home entertainment, this is a great movie to experience again and again.”

Other Special Loot is Available for Fans

Fans can look forward to a 30th anniversary edition of Ghostbusters to be released on Blu-ray on Sept. 16th, 2014.

Looking for more ectoplasmic-action? The sequel; Ghostbusters 2 will also be making its Blu-ray debut for its 25th anniversary. Both of these will be re-mastered in 4K.

If that’s not awesome enough, fans will also be able to buy the two-disc anniversary edition Blu-ray digibook, which will include both films and a limited edition gift set with an exclusive collectible Slimer. 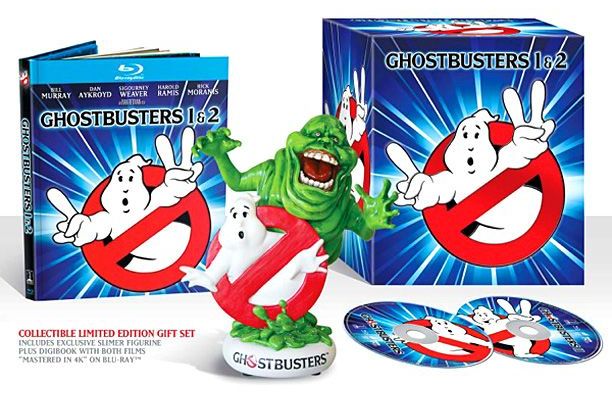 The Blu-ray versions of the two films will include conversations with director Ivan Reitman and Dan Aykroyd, along with never-before-seen deleted scenes from Ghostbusters 2.

“To celebrate this milestone anniversary, we wanted to create something new and collectible for fans.  These new Ghostbusters Blu-rays will feature the highest quality presentation along with new content that reflects the rich history of this iconic franchise,” said Lexine Wong, senior executive VP of worldwide marketing for Sony Pictures.

The LEGO group will also be producing a special LEGO Ghostbusters ECTO-1 set in honor of the anniversary.  It was the sixth user-designed and submitted product to be chosen and produced from the LEGO CUUSOO platform after getting the needed fan votes. 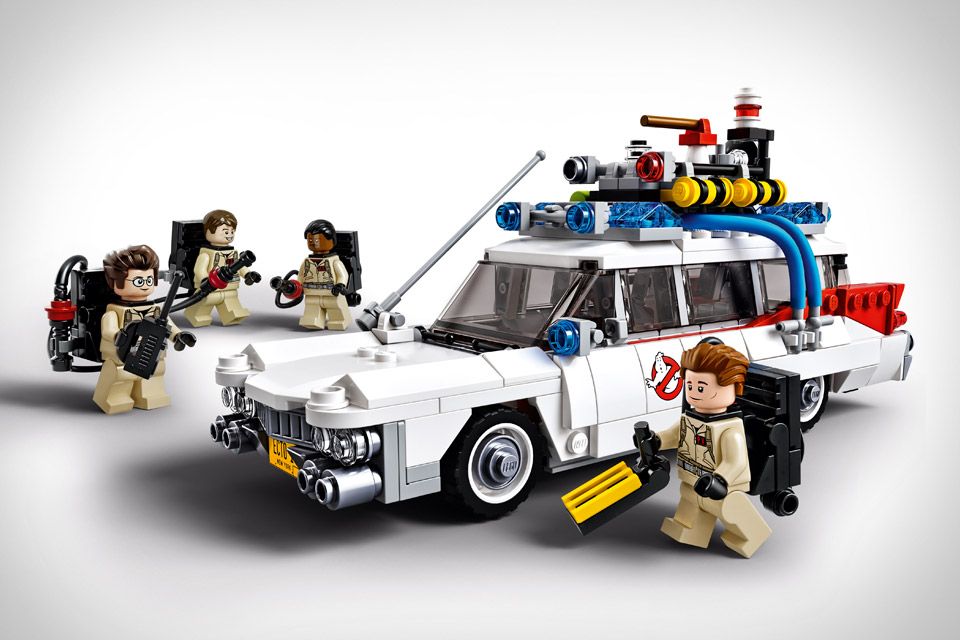 Sony Pictures also partnered with Gallery1988 and a travelling art exhibit to stir up excitement about the 30th anniversary by displaying original paintings, limited editions prints, and sculptures that were all inspired by the film. The tour started in New York and travelled to Los Angeles in June and it featured over 70 artists. Clothing brands such as Johnny Cupcakes, LRG, Homage, and Rebel8, also offered limited edition t-shirts for sale at the exhibit. 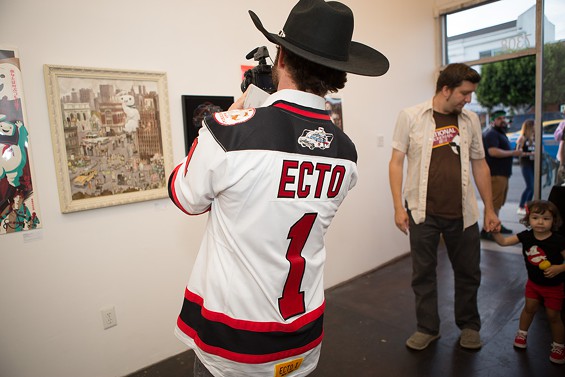 Japan’s slightly adorable, slightly creepy Domo monster will be tied to new products and collectibles to help celebrate the re-release there. Products will show Domo in different scenes and situations from Ghostbusters, alongside the memorable Slimer and lovable Stay Puft Marshmallow Man. 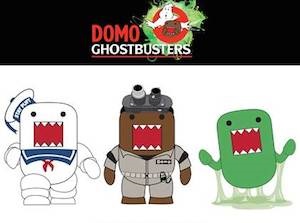 The New Place to Look for All Your Ghostbusters’ Needs

Be sure to check out the new Ghostbusters website that will be launched, which will provide fans access to franchise offerings, collectible merchandise, music, news, and never-seen-before set photos.