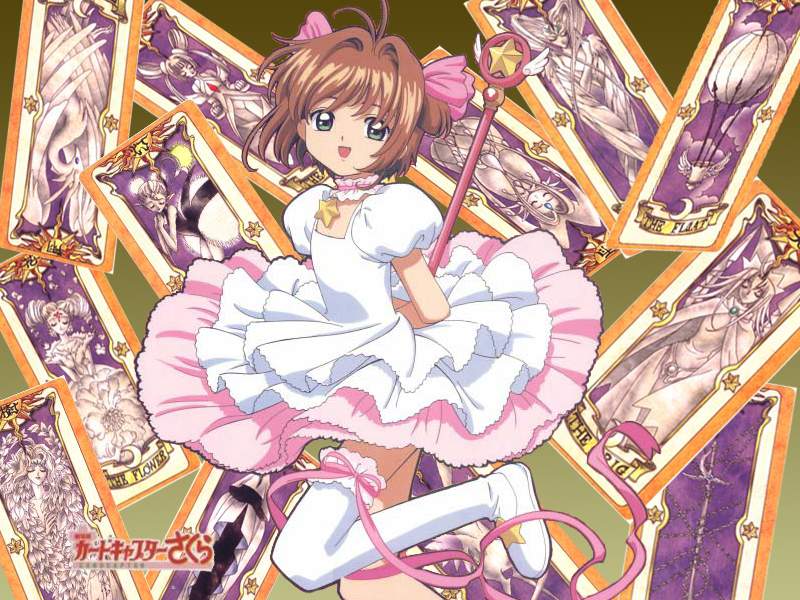 Older fans of magical girls and CLAMP better get ready for a tidal wave of nostalgia. NIS America announced that “Cardcaptor Sakura” is being released in both a Blu-ray Premium edition and DVD standard editions. All editions will include a bonus English-dubbed track and those who are willing to pay a little extra for the Premium edition will get a 76 page hardcover art book and a collectible poster. The premium collection includes all 70 episodes of the classic anime  for $199.00, the 3 individual DVD volumes with 23 or 24 episodes each will go for 47.99, and the standard edition DVD bonus set that includes all the individual volumes will cost you $133.97. No matter what packaging you choose all pre-orders will ship on August 5th 2014.

For anybody who isn’t familiar “Cardcaptor Sakura” follows the story of young Sakura Kinomoto (or Sakura Avalon if you prefers dubs) and her journey to master the mysterious magic of the Clow Cards with the help from friends and family. Sakura’s adventures debuted state side in 1998 with a heavily censored and edited dub by Nelvana. Sakura hasn’t made it to DVD since Madman Entertainment released two uncut boxsets in 2012. Fans of “Tsubasa  Reservoir  Chronicles”  (or “xxxHolic” if you have an eye for Easter eggs!) probably are familiar with a more teenage incarnation of Sakura and her love interest Syaoran Li. But before “Cardcaptor Sakura” ever aired on television it was a bestselling manga that ran from 1996 to 2000 drawn and written by the  all female manga company CLAMP.  The before mentioned “xxxHolic” and “Tsubasa Reservoir Chronicles” as well as anime and manga like “Angelic Layer”, “Chobits” and “Magical Knights Rayearth” are all CLAMP titles.

The trend of rebooting anime that has either completed its run on television or lost American licensing has been happening more and more frequently across the board.  We’ve seen classics like “Evangelion” and “Fullmetal Alchemist” get completely overhauled to either mimic their manga counterparts or upgrade the original story and art. Even the comparatively less well-known anime “Saiyuki” got its prequel OVAs “Saiyuki Gaiden” an American DVD release and dub track with members of the original english cast (here’s hoping the “Burial” OVAs are next!). Is this an indication that the glass is half full or half empty in regards to new animated titles? Especially for fans of older titles it’s great to have access to their favorite shows that doesn’t require spending upwards of hundreds of dollars on E-Bay or downloading content that will never see the light of day stateside ever again. Contrastingly could this revival of older narratives show that new content isn’t up to snuff? Or at the very least isn’t selling as well as older and beloved titles? Long time fans know that anime and manga has never been an extremely lucrative niche market no matter what titles were ranked as best sellers.

Until a more definitive turn in the market occurs it’s most likely  best to view these blasts from the past as something to celebrate.  Because, really, who doesn’t want to be able to visit their favorite characters and stories after years of being apart?