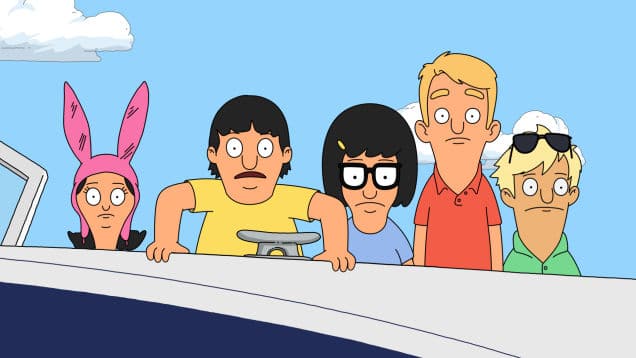 When you look at the three Belcher children, Gene appears to be the most well-adjusted of the bunch. He’s not the bundle of raging hormones that Tina is, and he’s not maniacally power-hungry like Louise. Much like his counterpart on another popular Fox animated sitcom, Gene seems content to take life as it comes. He’s usually not the smartest kid in class, and he’s a little on the husky side, but that’s not important. He’s a boy with a lot of good qualities—for example, he’s extremely creative, and he has a razor-sharp wit. But, more importantly, he has a very healthy self-image. There’s a lot to be said for that.

But even the most well-adjusted among us have moments of self-doubt. And it’s no wonder. We live in a society that defines things like success and beauty in very specific ways, and if you don’t meet those standards, then apparently you don’t deserve to feel good about yourself. It’s enough to make even the most emotionally secure person feel a little unsure of himself from time to time.

And I think that’s why Gene is so determined to protect the plankton blob. To the yacht club presidents and other rich people of the world, they’re both unsightly, insignificant organisms that just get in the way. But, just like all living things, they both have value. They both contribute to making the world a better place. And they both deserve to live and grow and thrive.

The metaphor may actually be a little too on-the-nose, but it’s a point well taken—just like the blob, the Genes of the world are easy to dismiss as “ugly” or “weird” or “in the way.” But they’re not. In fact, those are often some of the most successful people in the world—because they’ve learned that, in the end, what society thinks doesn’t really matter. And that’s the true measure of success.

Don’t get me wrong—there are certain norms that we should all follow to ensure a functional society. Things like politeness and manners and basic hygiene are super important, and I’m definitely not arguing against those. But using deodorant and holding the elevator door are things we do to be decent people, and those are perfectly healthy. Starving ourselves or constantly buying new stuff or trying new things just to meet someone else’s unreasonable idea of beauty or success is something we do to make ourselves feel better, and we do it because we feel bad about ourselves to begin with. And it never really works long-term, because the problem isn’t about how we look or what we have or what we can do. It’s us. And no amount of external affirmation is going to change that.

We’re all guilty of judging people who are different than we are, and we do it because we somehow think that, if we can prove to ourselves that we’re better than someone else, we’ll be okay. Of course it’s not true, and it’s pretty lousy that we even let ourselves go there. But it’s really more of a defense mechanism than anything else. Because the people we choose to look down on (or that we tell ourselves we’re looking down on) are the ones we actually want to be like.

We don’t want to admit it, but we’re jealous of people who are sure of themselves. People who are okay with being different. People who are okay with just being themselves. People who shrug off conventional notions of beauty and success and just say, “Fuck it. This is me. This is who I am. And if you like that, great—I’d love to be your friend. But, if you don’t, that’s fine, too. Because I like who I am, and I’m not changing.” Instead of sitting back and criticizing people like that, we should get to know them and try to be more like them. Because they’re the real success stories.

“What About Blob?” is actually a pretty funny episode, and I realize you probably don’t get a sense of that from what we’ve talked about so far. The puns are great (as usual), and the secondary storyline about Linda trying to teach Jimmy’s friend Trev to not make fun of Bob is hilarious. But I just want to make sure we don’t miss the important lesson hidden in the comedy—everyone matters. More importantly, you matter. It’s not important what you look like, or what you can do (or can’t do), or how smart you are. You’re exactly who you’re supposed to be. And the sooner you realize that, the better off you’ll be.