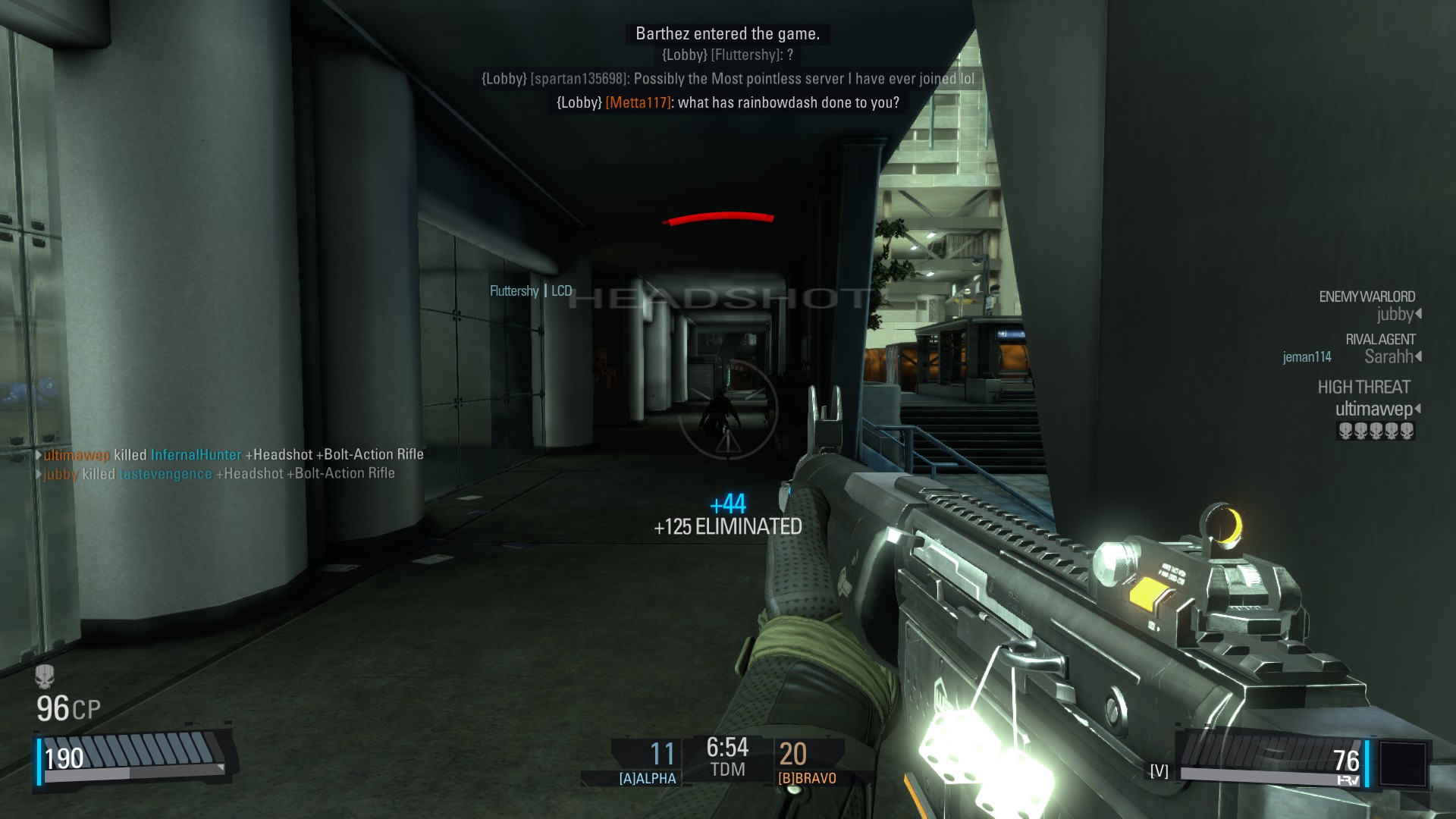 Hackers can cause a great deal of trouble, and gamers know this better than most. Almost anyone who has ever played games online will know of the frustration that comes from dealing with someone who can headshot you from any angle. Other popular hacks might make an opponent move too fast to see, or allow them to find you through walls. Regardless of the way it’s done, hackers generally ruin the game for everyone playing with them. But what if everyone could hack the game? If all players were given an ability that would normally be considered a blatent cheat, it could somehow balance itself and make for interesting gameplay. This is the concept behind Blacklight Retribution, a revolutionary free-to-play first person shooter that gives all players a limited ability to cheat.

Blacklight Retribution is a production of Perfect World Entertainment, a highly successful publisher in the realm of free-to-play games. With a multitude of MMO games under their belt, Perfect World turned their attention to the first person shooter genre with a fresh new take on design. The concept of integrating what was once a hack into a full game feature may seem impossible, but Blacklight has done it wonderfully. Each player is able to see through walls for up to three full seconds, getting a heat signature of where allies and enemies are located. Depending on how long the ability is used for, it takes a varying amount of time for it to recharge and become available again. Proper use of this ability allows for strategic movement, either flanking enemies or avoiding them completely. Because it is a timed ability and while active the player cannot fire any weapons, enemies still have several chances to sneak up on the unsuspecting heat signature.

Though the ability to see through walls may be the main feature of this game, it is far from the only one. Before entering a match, or even during the match itself, players are able to choose from a wide selection of guns and ammunition. Instead of giving players different weapons such as the AK-47 or M16, guns are created by choosing a base chassis(called a receiver in-game) and adding attachments to it that form the full function of the gun itself. A sniper rifle could be made equally well with a bolt action receiver or an assault rifle receiver, depending on attachments and style of play. New receivers and attachments are unlocked as the player gains experience and levels up.

The customization of weapons doesn’t stop with the weapon itself, it also extends to ammo such as rounds that burn an enemy over time after impact. During the match a player can also find depots strewn around the map(viewable with X-Ray ability) which allow players to purchase items with their points gained in the match. Basic items available are health and ammo refills for 100 points each(slightly under one kill), but weapons like the flamethrower and stinger missile are also available for purchase(roughly 400 points). After racking up 1400 points, a player is able to purchase the hardsuit; a weaponized mech that is all but unstoppable by conventional weapons. Even though these weapons are very powerful, they are not so overpowered as to make it unenjoyable. Rather, they give a progression to each and every round as players rack up kills.

Gameplay itself in Blacklight Retribution is very fast paced and exciting. With an endless variation of weapons being used by every player and the ability to see campers long before they can shoot you, careful observation and quick thinking are the only way to gain an upper hand. Though the pace of the game is very fast, it is also very easy to get used to the feel of the game. There is a distinct feel to the controls of Blacklight that no other game has. Despite that, it only took about ten minutes of game play before I felt at home rattling off rounds from my assault rifle as if it was any other first person shooter.

Having a fast pace creates exciting game play and draws players in, but some may find that Blacklight Retribution game play is actually too fast for their taste. Even after becoming experienced with the controls, there are times on the smaller maps where things happen before you can react. I would best liken this to the experience of being camped at spawn by a helicopter gunner in Call of Duty; there is just nothing you can do. The only other annoyance about the game stems from its free-to-play model. At the end of each match players receive experience points as well as GP that can be used in the store to rent or purchase weapons. All weapons and attachments are purchasable with GP as well as Zen(the real money currency), but the time it takes to save enough GP for one permanent attachment or receiver is considerable. Luckily this is offset by the ability to rent fully equipped weapons for a full day at a very low cost; about as much as a player earns in one full match.

There are a great deal of choices in the free-to-play and first person shooter markets these days, and Blacklight Retribution has made itself a considerable contender in both of them. With no cost to speak of required to play, this game still went to the lengths required to create a unique and highly exciting first person shooter. Though it is possible for other players to use real money to purchase equipment better than the basics, the game retains its enjoyment regardless of how much money a player spends on it. If you like fast paced games that give you a dynamic combat experience and you don’t have money to go searching through first person shooters, Blacklight Retribution is for you!