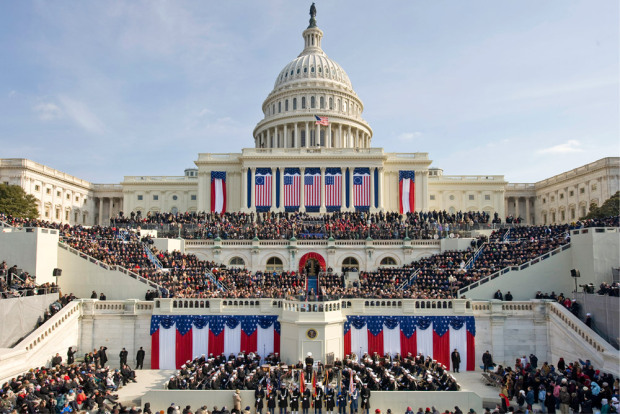 It seems that bionic ears are now the next on Secret Service’s list of pending technologies to ensure the President’s safety.

Various reports and relevant documents have allegedly stated that the Secret Service is on the lookout for camouflaged sensors that can help determine gunfire details, even amid the busy hubbub of the city.

Though, you shouldn’t go around associating the Secret Service with the hotshot spies you see on the movies just yet – although they are involved incognito on special US events, currently, the main surveillance system is outsourced to private contractors.

The latest demand, however, is a turn of events that will let the Secret Service handle everything: it will basically be an agency solely dedicated to guarding inaugurations and other special US events rather than delegating the task to private analysts and personal surveillance systems.

Naturally, the Secret Service is given this pressuring task as they are obligated to save the President’s life, even with all the chaos surrounding him. The President, or someone else just as important, is under the protection of the Secret Service – this is a huge responsibility, so utilizing the appropriate technology in order to handle this appropriately and conveniently is understandable.

A January 18 survey form filled out by private contractors has the following statement to say regarding this matter:

“Due to the secure nature of these sites, a high gunshot detection rate (more than 95%) is strongly desired while daily, operational monitoring of the system by external parties is undesirable”

Well, we think that this statement sums up how the contractors feel about this matter.

As of this writing, it’s not yet specified if the system of the Secret Service will be fixed on specific locations or moved during different events. The reason for this is the ongoing debate: some agency officials want these so-called bionic ears to be on “fixed site surveillance locations that can cover from 10’s to 100’s of acres per site, located within urban areas” while the questionnaire laying the requirement also poses the question, “Is the system portable (can it be quickly relocated to another site)?”

Additionally, Secret Service is also asking the contractors whether their gunfire sensors can be “integrated to communicate with other communication systems”. Wow, they sure have high standards, and with good reason!

Furthermore, the Secret Service agents also want to know whether these so-called bionic ears or gunfire sensors can meticulously detail the caliber of the weapon, the route the bullet took, the elevation of the shot and the projectile velocity of the ammunition altogether – the multitude of factors that surround the actual action of shooting a gun are the main focus of the Secret Service.

Why don’t they just require these bionic ears to be able to pinpoint exactly who pulled the trigger, then?

The Secret Service is noted to be looking for technologies that are “easily concealed” or that can have the potential to “aesthetically match their surroundings”.

So much for spy bionic ears, right?

Do you think this kind of technology is possible? Will bionic ears be a hit thing of the future? Your guess is as good as ours.