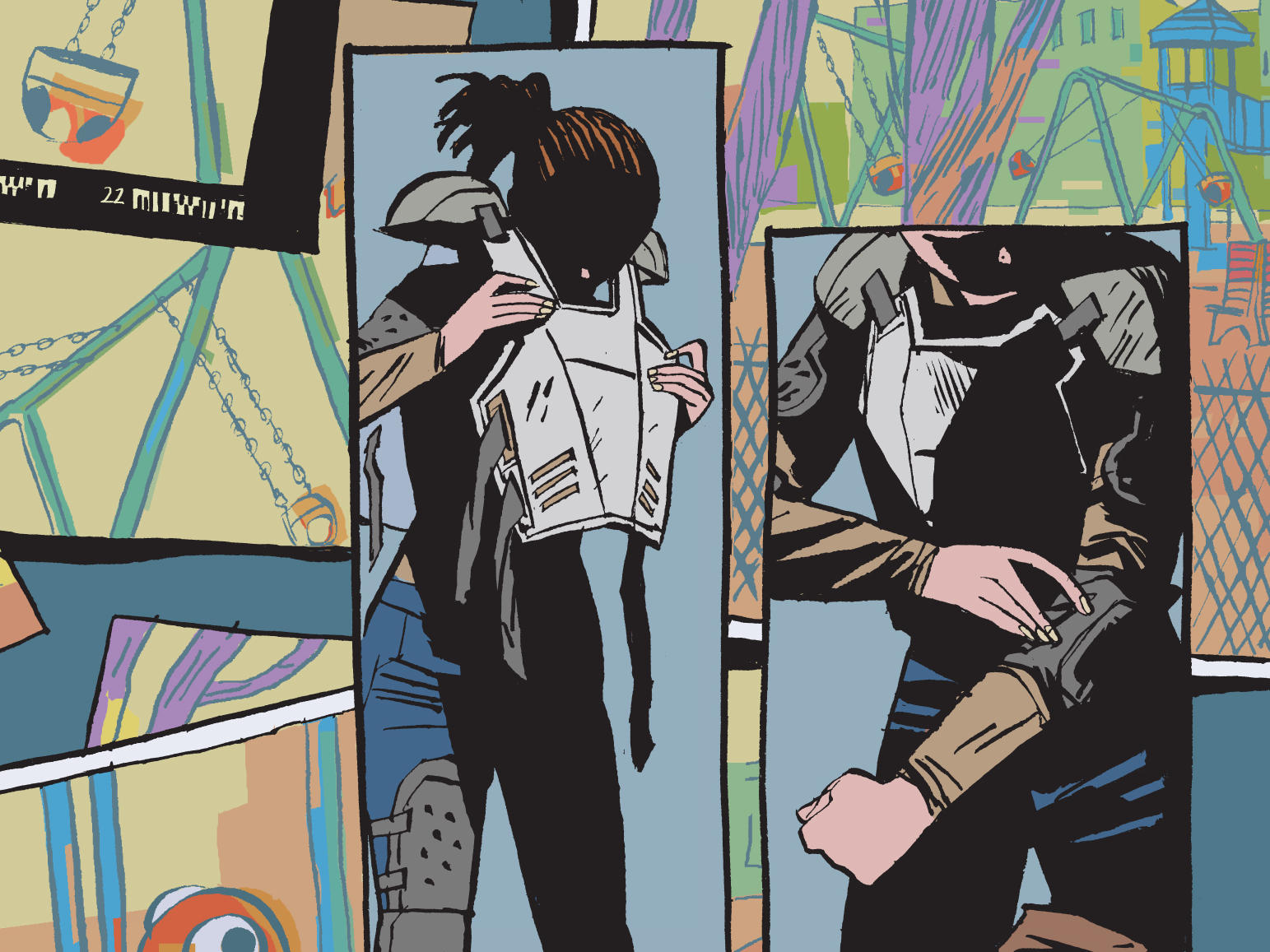 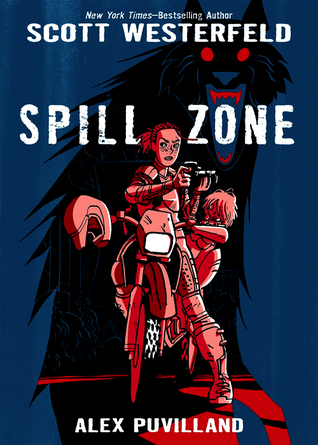 Too often when I talk about comics I am talking about American single issues or collections of those as opposed to webcomics or graphic novels. Stories created as a whole book and released as one are sometimes referred to as “Original Graphic Novels.” It’s a great format and honestly much more accessible than single issues or collections. The Big Three need to step up. This is the future of comics. Companies like Scholastic and Simon & Shuster are helping young people get into comics. They support great authors and artists like Emily Carroll and Raina Telgemeier. Artists doing their own thing need more recognition in the comics industry. The best comic I read this week, First Second Books’ Spill Zone written by Scott Westerfeld and artist Alex Puvilland with colors by Hilary Sycamore, falls into this category.

Spill Zone is a really creative take on the “nuclear fallout” idea. Serialized as a web series and released as a book in May 2017, Spill Zone revolves around Addison Merrick, a photographer who breaks into a city warped into a mad world. She sells the pictures to support her sister, Lexa, who was caught in ground zero when whatever everything went down. She’s enlisted by a collector to fulfill a drop-off mission in the altered city. The drop-off has ties to North Korea, but the conspiracy goes much deeper. To top it all off, her little sister’s doll has some sort of connection to the Zone

Puvilland has a great kinetic style that rushes you through the book the first time. Even when they’re stopped, no one is idle. There’s an area inside of the city where everything is physically flat, and because of the momentum in the art, its stillness is even eerier. Everything in the zone, even the normal things, are slightly off. Early on in the book, there’s a mutant wolf and it is made of more shadow than substance. At the end of the book, it is white and has its innards out and shifts from panel to panel – you’re never sure what it really looks like.

Sycamore’s colors are absolutely gorgeous. The rest of the world has lighting akin to what you’d expect, but the Zone is absolutely fantastic. The sky shifts colors and things glow colors they shouldn’t be glowing. It’s the worst dream you’ve ever had mixed with the color pallet of your least favorite kid’s show. The aforementioned world is a great example of colors as the pure black contrasts even more with the off-putting and creepy neon/pastel surroundings. There’s a scene in a hospital where the lighting changes in every room but stays constant if you see it through a doorway. That was a really cool touch.

Westerfeld also wrote Uglies, a novel about teenagers who surgically enhance themselves to be pretty. I read that book a few years after it came out and had no reference to Westerfeld other than that. The writing in Spill Zone is really good, from the main character’s narration to Vespertine, Lexa’s creepy doll, I could hear every character’s voice in my head.

I am very interested in the writing process behind the book. Was it hard for him to write this as a comic? Did he do panel breakdowns or was his script more open-ended? I’m fascinated by someone who works with one medium and switches to another. You can see influences of one creeping into the other with Spill Zone. The world building is very detailed and the build up of the conspiracy is drawn out. Obviously an influence from his literary background. The break at the end of the book definitely seemed like it was the act break in a novel more than a proper ending, but it did its job as I’m anxiously awaiting book two.

Spill Zone is a great read, and great to share with the comically reluctant people in your life. Get yourself in the Zone digitally and physically.

Unboxing the XL Geek Fuel Box + $3 Off Next Purchase