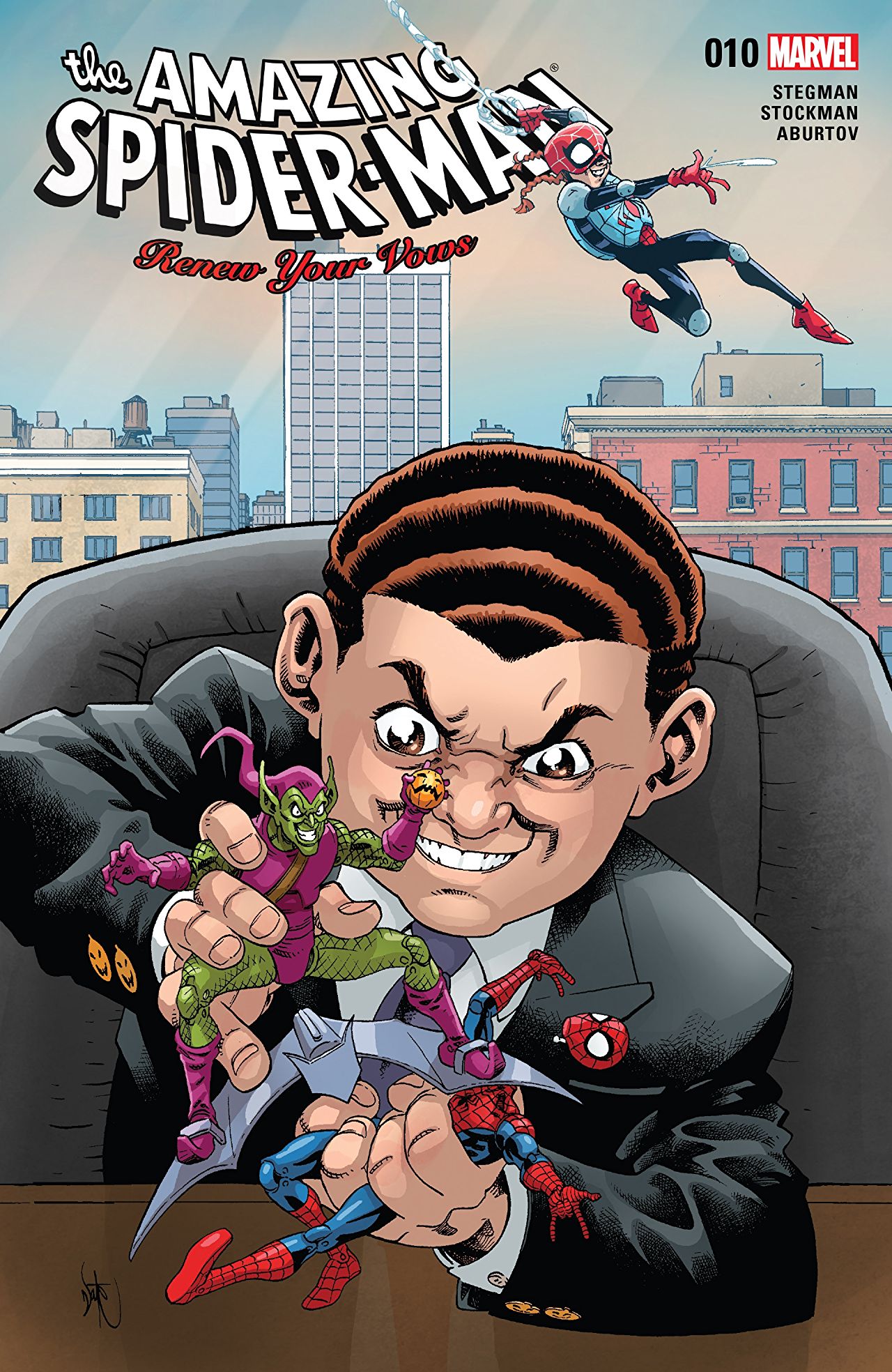 Correction: An earlier version of this article mistakenly credited Gerry Conway as the writer of this issue. It has since been updated.

Sometimes a comic hits you and it’s not because of the extraordinary crafting, but because of one moment that rings true. For me it was this moment from Amazing Spider-Man: Renew Your Vows #10. 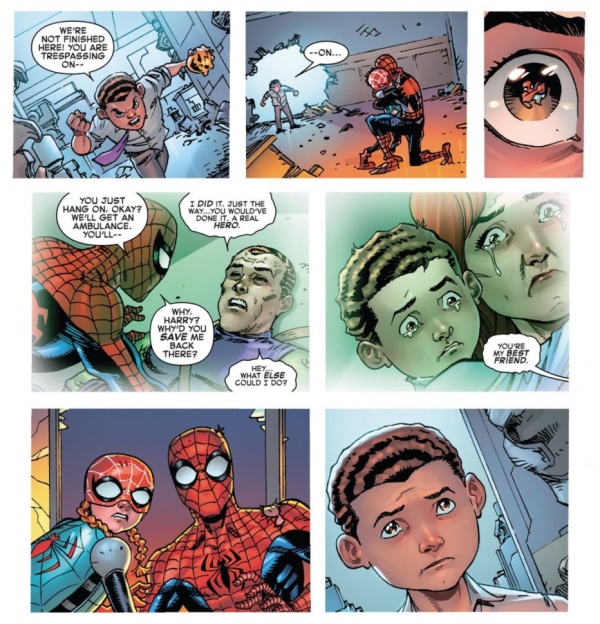 A brief recap for those who don’t know, Renew Your Vows takes place in an alternate universe where Spider-Man and Mary Jane are still married. They have a daughter, Annie, and together the three of them fight crime as a family.

Written by former series artist Ryan Stegman (Superior Spider-Man, Inhumans) and Spidey artist Nathan Stockman, it’s an emotional ride. While the series is to be a continuation of the 2015 miniseries of the same name, it would appear the latest story reveals it as something of a sequel to a classic Spidey story too.

In Spectacular Spider-Man 200, a crazed Harry Osborn set a trap to kill Peter Parker, but in his last moments he regained clarity and saved his friend. Harry died that night. Years later, his son Normie has taken over Oscorp, boosting his intellect with low doses of the Goblin formula. It’s his birthday and he hates it. The Lizard breaks into the facility to find a cure for his son. Normie gears up with his father’s weapon to stop the intruder, but Spider-Man and his daughter Spiderling stop them before Normie can even act. Normie just wanted to accomplish one thing and he can’t. Spider-Man wishes him a happy birthday and reminds him that his father loved him. Enraged, Normie begins to turn green…

Stegman was previously the main artist on the series and him taking over writing is an interesting thing. I at first assumed that Gerry Conway, former series writer, wrote this issue. It was a genuine surprise to find out that it wasn’t Conway. It shouldn’t have been as Stegman worked with these characters for eight issues prior and other versions of them on other books before that. Stegman, in what seems to be his first full issue solo writing (at least at Marvel) didn’t miss a beat, all the character voices were true and the pacing was solid.

The issue is all about fathers. Peter and Annie’s relationship, Curt Connors and Billy, Normie and his deceased father. Harry’s last words were to Spider-Man, not his son. His son watched as his father ignored him for the man he tried to kill. And that man wishes him a happy birthday. That is heartbreaking. This is the first time I’ve ever felt anything but creeped out by Normie Osborn. The scenes with Peter and Annie hanging out on their daddy-daughter day are great too. The relationships and parallels are fantastic.

Nathan Stockman is an effective draftsman as seen in the panels above. Mirroring his recreations of the Spectacular 200 panels with the characters now and diagonally mirroring MJ and Annie, that’s some next level stuff. His pacing is great and has lots of great close-ups and facial expressions from the kids. He sells the cunning manipulative genius that Normie is now and how much of that scared child is still in there.

There is some issue with me not immediately recognizing him as good. Part of that is that Stockman has been put on books after popular artists. In the case of Renew Your Vows, Stegman- Spidey it was Nick Bradshaw. He has a visual style that is close enough to either of theirs to not to be a jarring change, but I registered it as a fill-in at first. If he were to launch a series or take over when it starts an entirely new direction, he might have made a more memorable impact. I haven’t read his Doctor Strange which could very well be fantastic.

It’s a great book, especially for fans of classic Spider-Man and family drama. Go out and buy your parents a copy of Renew Your Vows digitally or in paperback with the second volume releasing in December.