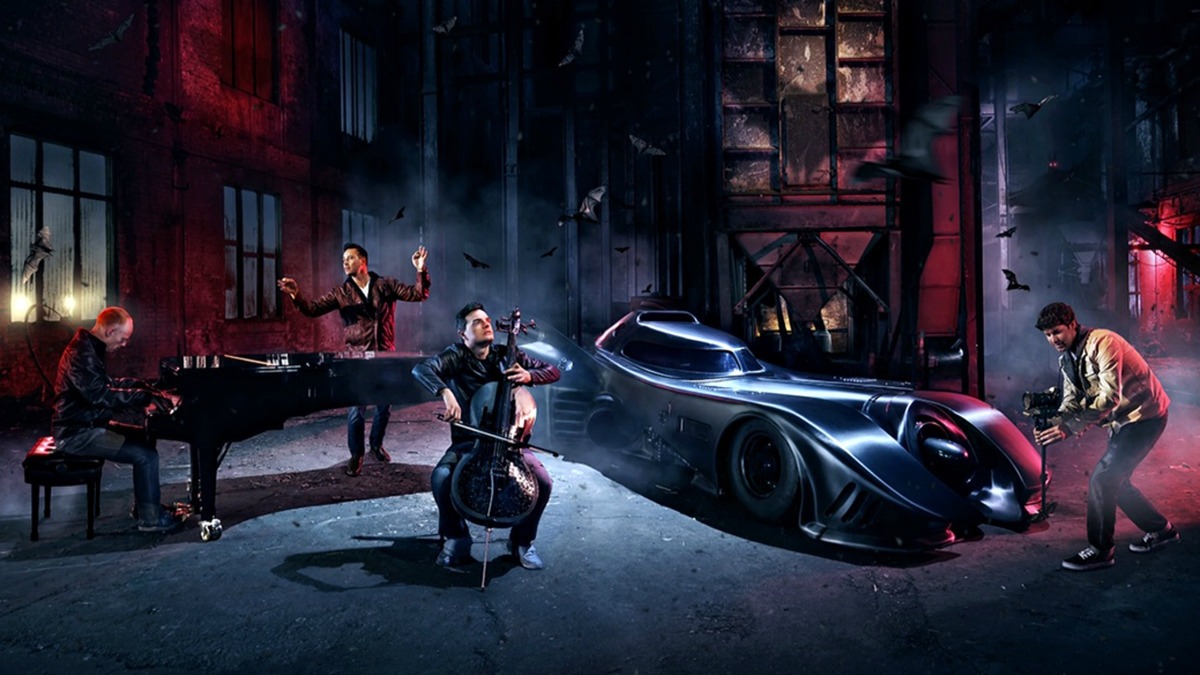 Batman fans are in for a treat with The Piano Guys’ newest music video, ‘Batman Evolution.’ If you like Batman, good music, special effects, or just want to hear some incredible musicians, check out the video – you won’t regret it.

If you’ve never heard of The Piano Guys, I give you fair warning that once you start watching their videos you’ll quickly realize that all the other soundtrack covers on YouTube just don’t live up to their standard. The Piano Guys features pianist/composer Jon Schmidt, cellist/composer Steven Sharp Nelson, producer/videographer Paul Anderson, and music producer/songwriter Al Van Der Beek. According to the group themselves, they’re “just a bunch of ordinary ‘guys’ playing classically influenced instrumental music in videos that showcase incredible locations” and their YouTube success is a matter of “happenstance.” Personally, I think that they’re due a little more credit than they give themselves, and I think that you’ll agree with me once you see the skill, passion, and creativity that they bring to their videos.

As well as composing original music, The Piano Guys have covered several incredible movie soundtracks including The Lord of the Rings, Mission Impossible (featuring the talented Lindsey Stirling), a mashup of Frozen’s ‘Let It Go’ and Vivaldi’s ‘Winter,’ and, of course, the famous Star Wars tribute ‘Cello Wars.’ ‘Cello Wars’ still remains a favorite in terms of special effects, because what could be better than cellists who duel with lightsaber bows while simultaneously performing a rocking version of the Star Wars soundtrack? There’s even Force lightning – it just can’t be beat. But The Piano Guys’ latest video, ‘Batman Evolution,’ is a close second.

‘Batman Evolution’ is a creative compilation of all of the different Batman soundtracks, from the original 60’s TV show to Christopher Nolan’s The Dark Knight Trilogy. The music is amplified by the set, which showcases replicas of the different versions of Batmobiles over the years. The set changes to mirror the feel of the different eras, with campy special effects and gadgets for the 60’s soundtrack, a darker set and an ominous looking “batcello” for Tim Burton’s 1989 film and Danny Elfman’s music, and finally a sleek performance of Hans Zimmer’s soundtrack from Nolan’s trilogy.

The Piano Guys’ description of the process sums up the epic scope of this project, as well as the enthusiasm that was clearly put into it:

“Holy hemiola, Batman! 50 years of music and film all rolled together in front of the cars that have become icons of super hero history. This is one of those projects we’ve wanted to do from the very beginning of The Piano Guys. We love super heroes, the dramatic music that has brought them to life, and the vivid films that have made them legends. We used piano, cello, handheld cameras, a radio controlled helicopter, and some scrappy special effect techniques in the most creative ways possible to emulate the three epic eras of one of the greatest super heroes ever created: BATMAN!”

“Batman Evolution” is currently available for purchase on iTunes and Amazon, and will appear on The Piano Guys’ newest album, “Wonders.”

Welcome to “The End of Worry” with bSafe You