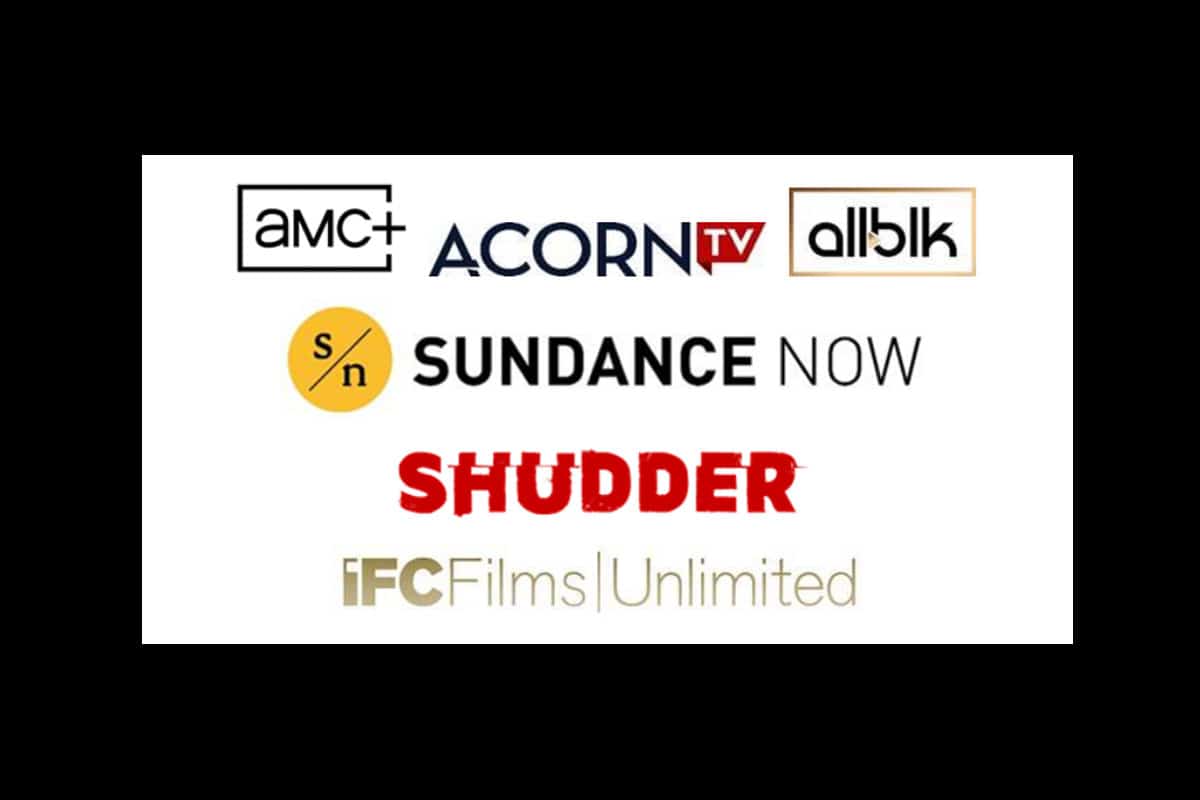 Highlights from across the suite of services include (in alphabetical and chronological order):

What Wallander is to Sweden, Hinterland is to Wales: a dark and harrowing award-winning detective drama with compelling characters and suspenseful stories.

Richard Harrington (The Crown, Lark Rise to Candleford) is DCI Tom Mathias, a brilliant, brooding loner on the run from his past; Mali Harries (Foyle’s War, Keeping Faith) is smart, hard-working DI Mared Rhys, a local girl who knows the land and its people.

Together they confront a series of mystifying murders. Filmed on location in the bleakly beautiful coastal town of Aberystwyth.

(exclusively available in U.S and Canada)

One of UK’s top TV stars, Adrian Dunbar (Line of Duty, Blood) reconnects with his roots as he travels the wild and rugged west and north coasts of Ireland. Covering over 600 miles, Adrian visits breathtaking locations, drives beautiful coastal roads, sees fantastic feats of engineering, and tastes amazing cuisine. He meets up with old friends and makes new ones along the way. Adrian shares some of his favorite places and fulfils ambitions as he makes it to locations he’s always wanted to see. The series is filled with fascinating history, unrivalled beauty and astonishing landscapes and traditions, showing the Irish Coast really is like nowhere else.

Starring award-winning New Zealand actress Lucy Lawless (Xena: The Warrior Princess, Spartacus), this acclaimed contemporary mystery-of-the-week series features fearless and unapologetic detective Alexa Crowe (Lawless) whose unique skills and insights allow her to unravel the truth behind the most baffling of crimes. Building on the warmth, intrigue, and humor of its acclaimed first season based in Melbourne, My Life Is Murder moves to Auckland, New Zealand for this new, thrilling 10-episode season.

Building off of his wildly successful 2018 single, “Smile (Living My Best Life),” the Jacksonville, Florida native employs his special brand of humor as he takes an intimate and hilarious look at life, sex, relationships, and the world in his first stand- up special. Filmed before a star-studded, live audience in Atlanta, Georgia – the hourlong special also features appearances from actress Bresha Webb (NBC’s Marlon), comedians Gary “G Thang” Johnson and Navaris “Navv” Greene, and social media star Pretty Vee.

Legendary rapper Da Brat and her multi- millionaire CEO girlfriend, Jesseca “Judy” Dupart, pull the curtain back to offer an unprecedented, never-before-seen look at their extravagant world. Pending nuptials are on the horizon, but debt, familial burdens, and stresses within their home shine a light on serious issues just below the surface.

As the powerhouse couple navigates a new life together, parents and friends invade their love nest, calling into question the expectations they have for one another in a relationship.

The Mysterious Death of Eazy-E

In this 4-part investigative series, journalists, friends and family members of rap legend “Eazy- E” celebrate his life and examine the perplexing circumstances surrounding his death 25 years ago.

Will the truth finally be uncovered?

The Beast Must Die (AMC+ Original)

The gripping six-part revenge thriller stars BAFTA Award-winning actor Jared Harris (Chernobyl, Mad Men) and Cush Jumbo OBE (The Good Wife, The Good Fight). After learning the police investigation into the fatal hit and run of her young son Martie has been dropped, Frances Cairnes (Jumbo) takes matters into her own hands.

New Episodes Debut every Thursday, with Season Finale on August 12

Five-part drama The North Water stars BAFTA-winner Jack O’Connell (Unbroken, Godless), Golden Globe®-winning actor Colin Farrell (In Bruges, True Detective), and SAG Award-winner Stephen Graham (Line of Duty, Boardwalk Empire), in this haunting, immersive drama based on the critically acclaimed, best-selling novel by Ian McGuire, and adapted and directed by Andrew Haigh (45 Years, Looking). Set in the ice floes of the Arctic in the late 1850s, the series tells the story of Patrick Sumner (O’Connell), a disgraced ex-army surgeon who signs up as the ship’s doctor on a whaling expedition to the Arctic. But the ferocity of the elements is matched by the violence of his crew mates, particularly Henry Drax (Farrell), a harpooner and distinctly brutal force of nature. The North Water was made by See-Saw Films for the BBC.

Early Access to New Episodes on Season 11 every Sunday

Previously on The Walking Dead, survivors confronted past demons and combated new threats, with friendships and relationships suffering from the mounting collateral damage that is the apocalypse. Alexandria is severely compromised from the carnage and devastation left behind by the Whisperers. Now all who live in Alexandria struggle to refortify it and feed its increasing number of residents, which include the survivors from the fall of the Kingdom and the burning of Hilltop; along with Maggie and her new group, the Wardens. Alexandria has more people than it can manage to feed and protect. Their situation is dire as tensions heat up over past events and self-preservation rises to the surface within the ravaged walls. Meanwhile, unbeknownst to those at Alexandria, Eugene, Ezekiel, Yumiko, and Princess are still being held captive by mysterious soldiers who are members of a larger and unforthcoming group.

New Episodes Premiere Every Thursday, with Season Finale on August 19

Elizabeth (Abbey Lee), a beautiful young newlywed, arrives at the palatial estate of her brilliant scientist husband, Henry (Ciaran Hinds). Ensconced in modernist luxury with an obedient – if slightly unsettling – house staff, she has seemingly everything she could want. But one mystery tantalizes her: what is behind the locked door to Henry’s laboratory that he’s forbidden her to enter?

Juliette Binoche and Guillaume Canet reunite with acclaimed director Oliver Assavas (Personal Shopper, Carlos) for this wry, slyly seductive tale of sex, lies and literature. Set amidst the bohemian intelligentsia of the Parisian publishing world, Non-Fiction traces the romantic and emotional fallout that results when a controversial writer begins blurring the line between fact and fiction.

Twentysomething Teddy lives in a foster home and works as a temp in a massage parlor. A scorching hot summer begins and Teddy is scratched by a beast in the woods: the wolf that local angry farmers have been hunting for months. As weeks go by, animal impulses soon start to overcome the young man.

Starring horror legend David Cronenberg (The Fly, Videodrome), the series follows a wealthy, dysfunctional family that gathers for a reunion on a secluded island only to learn they’ll be pitted against one another in a cruel game of life and death, all while being stalked by a mysterious masked killer. Nothing is what it seems and no one is safe as the tension – and body count – ratchets up.

Isolated in his austere penthouse overlooking Central Park, obsessive Wall Street data analyst Richard Boca (Beau Knapp) sees ominous patterns: His computer models are behaving erratically, as are the swarms of mosquitos breeding in his apartment, an infestation that attends this psychological meltdown.

The Hunt For a Killer

A Swedish crime drama based on the true story of detectives Pelle Åkesson (Anders Beckman, Midsommar) and Monica Olhed (Lotten Roos, The Bridge) and their hunt for the killer of a 10-year-old Helén Nilsson, a case that shook Sweden to its core.

Joining Matthew Goode, Matthew Rhys, and James Purefoy this season is fellow wine enthusiast Dominic West (The Affair). Resident wine experts hit the road with Amelia Singer heading across the U.S. and Joe Fattorini on his way to Thailand, while the boys travel through Portugal. New star sommelier Charlotte Wilde takes you to The Azores and finally answers the question, who really invented sparkling wine? Seasons 1 and 2 are also streaming.