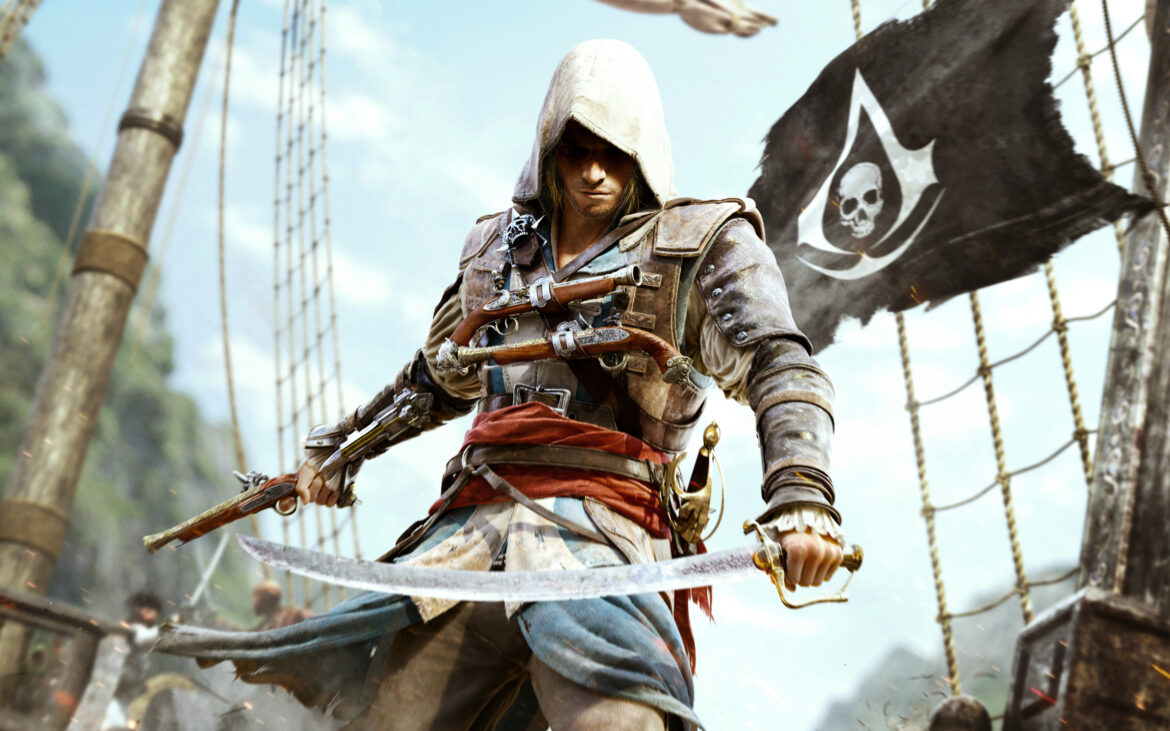 Another year, another Assassin’s Creed game: Assassin’s Creed Black Flag. Since the series was launched back in 2007, the franchise has spawned a total of 15 releases; 5 main games and a host of spin-offs. That’s an average of 3 new titles a year. And it’s not only games. There are also several novels, comic books and short films based on the Assassin’s Creed Universe and, if the rumors are to be believed,  a feature length film is in the offing too. To put that into some context, Call of Duty, largely considered the biggest gaming franchise around, has 20 titles but has also been running since 2003 – 4 years longer than Assassin’s Creed. To say that Assassin’s Creed is a juggernaut of a franchise, then, would be a gross understatement. 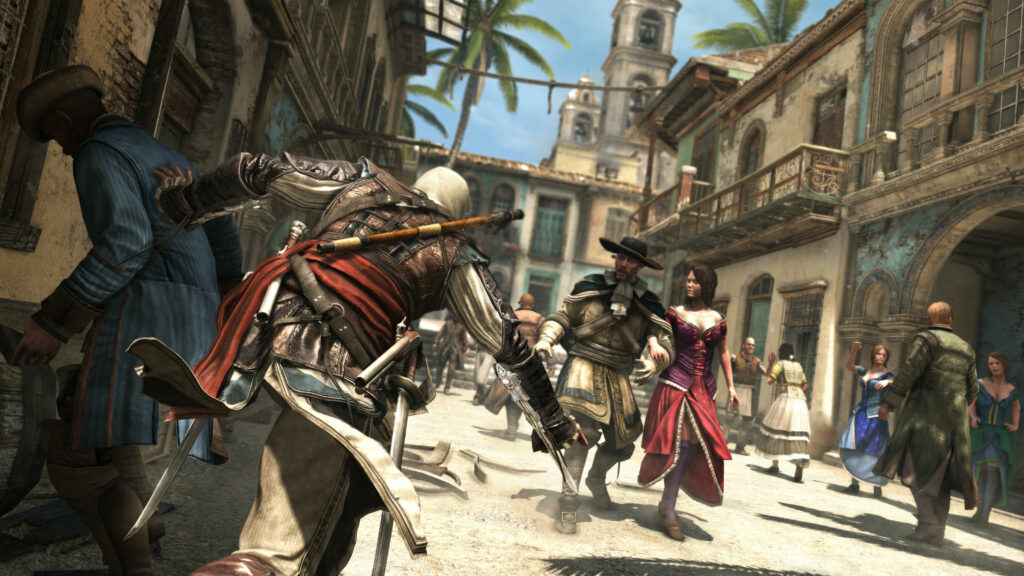 In a way, Assassin’s Creed IV: Black Flag is a strange mix of old and new. On one hand, it’s another step away from where the series started. The first few Assassin’s Creed games were focused primarily on urban exploration. Just before the first game’s release, I remember that a lot of the hype and marketing surrounding the game focused on the size and nature of urban crowds, as well as the huge cities that the game largely took part in. The first Assassin’s creed was a revelation of what games could look and play like. Despite some game-play flaws, it was a truly staggering feat of game design. In the first game, and the games that followed, we explored major historical cities – Damascus and Jerusalem, Rome, Florence and Venice to name a few. These were huge, sprawling cities, filled with life and character. The exploration of these cities was one of the factors that made these games so great. The much discussed Assassin’s Creed III saw a shift in focus away from the urban jungle to … well, actual jungle. More specifically, to forests, lakes, fields and swamps. There were cities, true, but they lacked the scope of size of the previous titles.

Assassin’s Creed IV: Black Flag, then, is another step away from the urban. The cities are smaller and far less memorable. They act mainly as places to push the story forwards. The bulk of the game, the best of the game, takes place out on the open water. The best exploration takes place on the multitude of Caribbean islands and coves. The best game-play consists of nautical battles. From a game that was originally about urban assassins, we are now playing a brilliant pirate game. There are activities to take part in the the games cities, of course, but they are clearly not the games’ main focus.

On the other hand, the land-based mechanics of Assassin’s Creed IV: Black Flag now feel rather dated. Essentially, they haven’t changed at all since the first game and it’s starting to show. Sword-play has become so easy it’s almost laughable. You barely have to bother purchasing upgrades. It’s a simple combination of counter and attack, but it’s far too forgiving: the window in which to counter is too large. Moreover, even when fighting large crowds of enemies, they only seem to attack you one at a time. This is balanced somewhat by the rather impressive kill animations – of which there are several – but it all seems a bit light. It’s not as weighty or as satisfying as the combat from Assassin’s Creed III and I found myself rather missing Connor’s axe and his brutal fighting style. More importantly, perhaps, your movement doesn’t feel as precise as previous games in the series although I don’t understand why this might be. I might even be imagining it, but certainly, I found myself running up walls and climbing off ledges when I didn’t want to. I may be being overly harsh here. It’s still a pretty enjoyable experience, it’s just not brilliant. 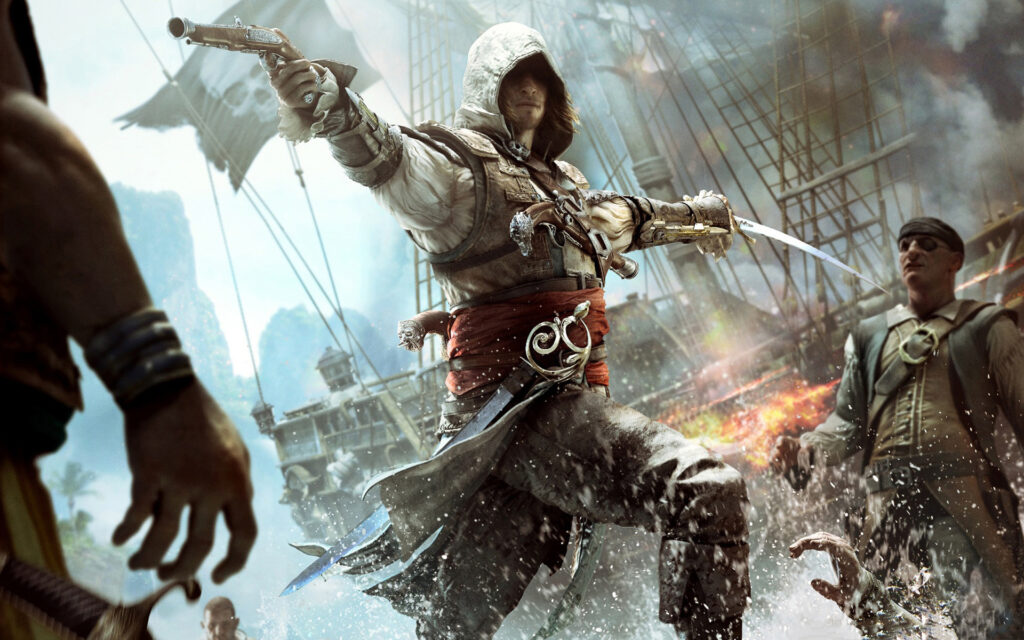 Stealth game-play needs a massive revamp too. Due to the fact that you can’t go prone, and imprecise movements, it is surprisingly hard to remain hidden – as you dash from one large bush to the other. Instead of fixing the mechanics, Ubisoft have simply tried to work around this by making enemy AI really, really stupid. A guard will helpfully forget he ever saw you as long as you break his line of sight, and he’ll simply stop chasing you. Guards don’t seem to notice their own dead either, so you can leave a trail of dead bodies and, as long as you remain hidden, no one seems to care.

The cities in the game are pretty forgettable. There’s just no ‘wow’ moment. Remember playing the first Assassin’s Creed and riding to Damascus for the first time? You approached the edge of a cliff on horse-back and suddenly there was the city, sprawling out below you in all its glory. Or what about visiting Venice in ACII for the first time? The hustle and bustle, the rivers, the performers – it was all mesmerizing. Even ACIII – coming in on the ship to Boston for the first time was a brilliant moment. Assassin’s Creed IV doesn’t have one of these moments, at least, not in relation to any urban landscape.

A Pirate’s Life for Me

What Assassin’s Creed IV does have is an ocean. And ships. And you’re a pirate. And that’s fucking cool. This feature, I believe, pulls ACIV up from being a ok game, to being a very, very good game. Sailing in ACIII was widely regarded as one of the best new features in a hugely ambitious game. Ubisoft clearly recognized this fact and have taken sailing from a side feature, and made it into the bread and butter of the game. And it’s fantastic. You want a wow moment? Try cresting the top a 50 foot wave in the middle of a hurricane and praying your men and boat survive. Try sailing into the setting sun while your men sing sea shanties. The ocean is beautifully realized  and a wonderful place to explore. There are literally dozens of islands for you to drop anchor in. There are no loading screens; simply moor your boat, dive into the water, and wade ashore. 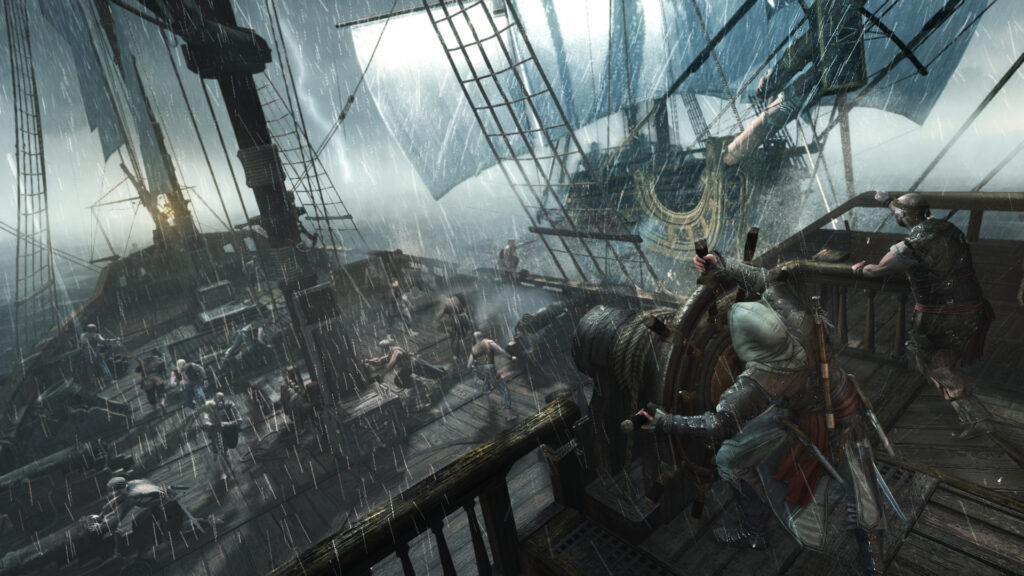 The combat is brilliant, too. Get out your spyglass to weigh up your options. Is the cargo valuable? Is the ship well defended? If you decide to go for it, you’ll engage in cat and mouse combat. Get alongside to fire your cannons but watch out for returning fire. Navigate the swell of the ocean otherwise you’ll miss your shot completely. You also have the option to use longer range mortar rounds or explosive barrels. Once the enemy is incapacitated, you can board them. Here the combination of Assassin’s Creed style fighting and piracy works really well. Climb to the top of you mast and rope swing to the other ship, leading your men in vicious hand-to-hand combat. It’s exhilarating.

It’s a relief, too, to play as Edward Kenway – a much more likable protagonist than the grumpy and somewhat self-righteous Connor. That said, he’s no Ezio and wears more mascara than Jack Sparrow. Still, he is well voice-acted, as our the other characters in the game; Blackbeard is done brilliantly. It’s also a relief to play as someone who is selfish in their actions, rather than always taking the moral highroad as an Assassin. Because Kenway isn’t actually an Assassin the story is less about the battle between the Templars and the Assassins; more about Kenway’s own personal mission. This goes someway to alleviate the conflict between the violent actions of the players, and the narrative.

Assassin’s Creed IV is a brilliant experience. Sailing the open waters with your crew, attacking forts, robbing merchant ships; being a pirate in ACIV is really very fun. It’s a shame that the combat on foot is not totally up to scratch but that shouldn’t detract from the main draw of this game: the ocean. It’s certainly not the best Assassin’s Creed game to date, but it might just be one of the best pirate games

– Being a pirate is always going to be fun

– Loads to do and explore