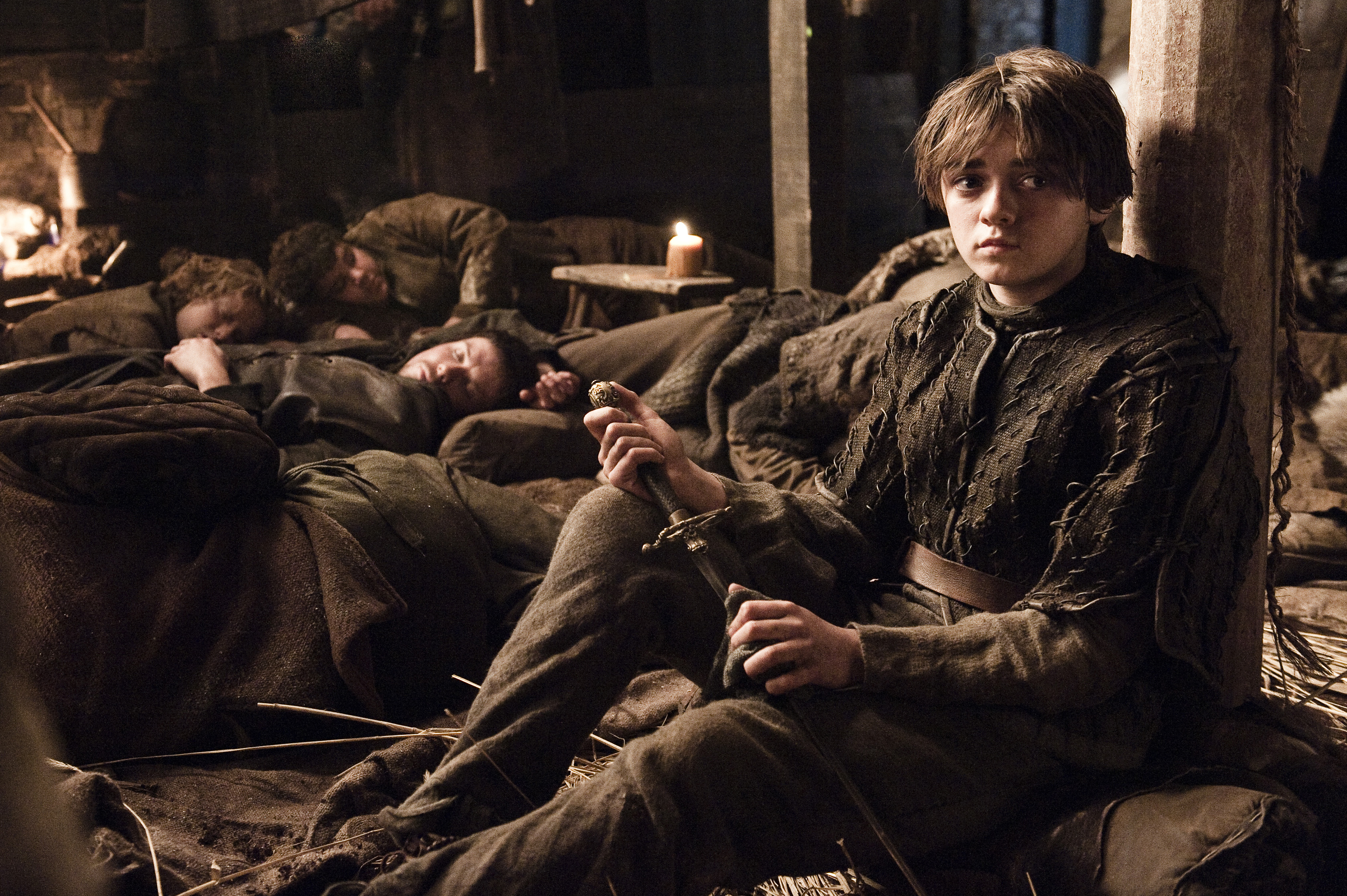 Arya Stark is a very well-written character. Maisie Williams is a great actress. But Arya Stark may be my least favorite character in the Song of Ice and Fire series, book or show. In fact, she may be the most boring.

I’ve Think I’ve Read This Before

There is nothing wrong with the way George R R Martin has written Arya in the Song of Ice and Fire books. There is even less wrong with Maisie William’s wonderful portrayal of her on the TV show Game of Thrones. And during the past few seasons I’ve looked forward to her scenes, but not for Arya herself. The scenes everyone loves are because of her interactions with people around her. Arya and Twyin scenes from season 2 jump to mind as well as Arya and the Hound this season.

But Arya herself isn’t the most striking character. She’s a lady who wants to be a knight. OK. Wait, wasn’t that Eowyn in Lord of the Rings? Or even Brienne in Game of Thrones? Arya may have come before Brienne but Brienne does the female knight better than Arya.

Personality? Well, Arya’s witty but it seems like almost every character in Westeros has some wit (except Jon Snow). It’s hard to define her personality beyond those two things and even lesser liked characters such as sister Sansa or brother Bran have more to them. And that’s rare for Martin. He has worked hard to develop his characters, to the point where now even Cersei has more than one side to her.

But Arya doesn’t. Arya wants to be a killer and wants revenge for the wrongs that have happened to her. That’s understandable given how many wrongs have happened to her but hearing her list of kills is starting to wear thin because that’s all we see of her. Even Sansa, one of the most disliked characters on the show has multiple facets to who she is. She is a lady, she is a survivor, a better liar than anyone thinks, motherly, and cold. Arya is a growing killer but in a world where, as Sandor Clegane says, “everyone is killer” it’s not interesting.

And it’s not new. Arya embodies a trend that is so common in fantasy that it is not even surprising anymore. At this point, the amount of girls who want to be knights or killers is probably greater than the number of characters who actually want to be ladies. It is still necessary and refreshing to see female characters bucking gender roles but it feels like a trope now. Even within the world of Westeros, characters such as Daenarys, Cersei, Sansa, Brienne, and Melisandre defy typical ‘gender roles’ in new ways. But Arya doesn’t. Arya Stark is nothing new and at this point, she is predictable. She’s going to work through her list of kills.