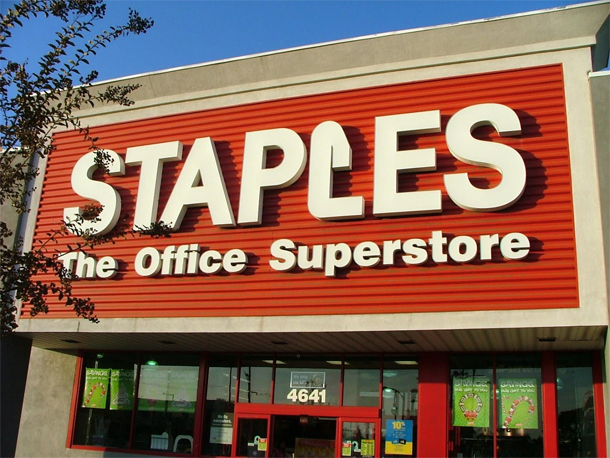 Staples, the US office supply retail chain, could be soon preparing to sell Apple products, according to some mockup prototype store listings that briefly appeared on their website this past week. Staples is not currently an Apple authorized retailer in the United States, despite being the world’s biggest office supply retailer with over 2,000 stores worldwide. Does this mysterious listing for an Apple TV on Staples’ website mean that Apple is teaming up with the giant office supply store? 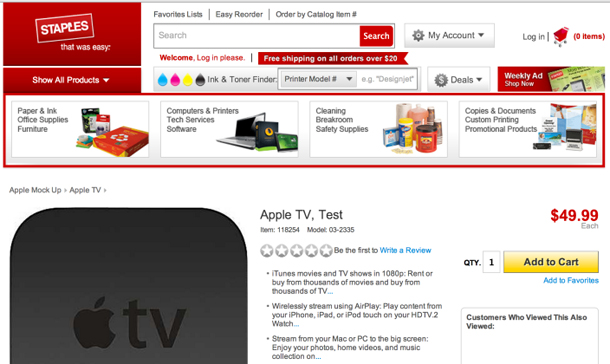 According to blog 9to5mac, a number of mysterious listings for Apple products showed up on Staples’ website under the category “Mockup Pages”. The two Apple products that were most prominently featured in Staples’ mock product listings were the Apple TV and a set of Apple Lighting cables.

The prices were also interesting. According to reports, the mock product listings listed the price of $49.99 for the TV and $24.99 for a Lighting cable. Currently, the TV and Lighting Cable retail on Apple’s online Store for $99 and $49 respectively. Don’t get your hopes up, these were likely placeholder prices set by the web development team. It’s probably extremely unlikely that a brand new Apple authorized retailer would start selling their products at a steep discount (especially when such products already carry a narrow margin for the retailer).

In addition to selling Mac computers and iPads, it’s also possible Staples could sell new iPhones with a service contract. Although it may not be the first place you’d go to buy a new phone, Staples does have a selection of mobile phones in store that are sold with contracts.

Staples in the United States has for a few years had an “Apple Accessories” section both in their stores and online, but these sections often contain things like Belkin iPhone chargers and other third-party accessories for Apple devices (not made by Apple). In Canada, Staples has been an official Apple retailer, however.

The proliferation of Apple Authorized Retailers really has reached a fever pitch the past few years. With the omnipresent popularity of the likes of the iPhone and iPad has seen even big box retailers like Best Buy and Walmart carry new Apple products. If these mockup product listings are too be believed, then Staples could be joining them soon.