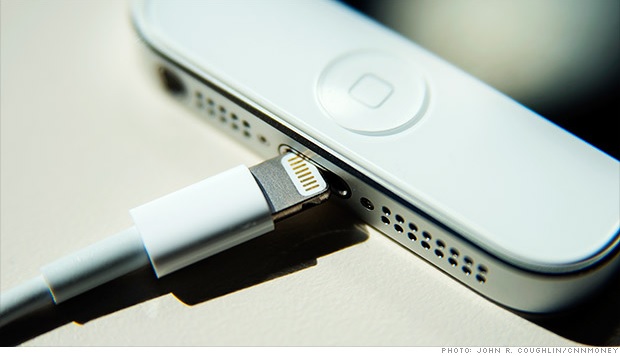 In a move that could prove to be a huge setback for Apple Inc., A European Union Parliament Committee has voted to standardize all mobile power connectors across the region. This means every phone manufacturer will have to provide the same type of charger for its device.

A Common Charger Across the EU

Currently, almost all Android device manufacturers – HTC, Samsung, Motorola, Sony, and many others provide a MicroUSB power connector to charge their devices. The notable ones who use propriety chargers for their devices are companies like Apple and Asus.

Apple previously had a 30-pin adaptor for its older devices, and switched to a faster, ‘Lightning’ adaptor with the launch of the iPhone 5. The Lightning port is now common to all its new devices – the iPod, the iPad and the iPhone.

The Parliament Committee unanimously passed the proposal in a bid to reduce electronic wastage in the form of unused chargers. It is expected that this would facilitate users to use older chargers or borrow from others more easily than before.

MicroUSB – the Chosen One?

While this may not a problem for most manufacturers, given the wide adoption of microUSB – companies like Apple will have to switch in order to adhere to the laws. Apple can also choose to implement a common charger only for the regions where this law is applicable, while keeping its Lightning charger in other parts of the world.

However, we don’t have to jump to all that yet. The resolution has not been enacted as law yet. The committee has gone on to announce that it ‘will decide later whether to start informal negotiations with the Council in order to seek an early first-reading agreement.’

Apple fans, and of course the company itself won’t be happy with the news. Apple’s Lightning charger is said to offer superior speeds and higher efficiency for file transfers. It also has this unique ability of being able to connect to its port on either of its sides – something that microUSB is notorious for lacking.

In the latest update to iOS – iOS 7, Apple has disabled compatibility with non-Apple Lightning chargers and connectors, rendering a lot of third-party chargers useless.

All these comparisons with the MicroUSB charger are merely because it is by far the most widely adopted standard right now. The Parliament Committee has yet to decide on which type of charger will be accepted as the universal standard. It’ll be pretty safe to assume, however – that microUSB is ahead of the Lightning charger in this race by a long margin.