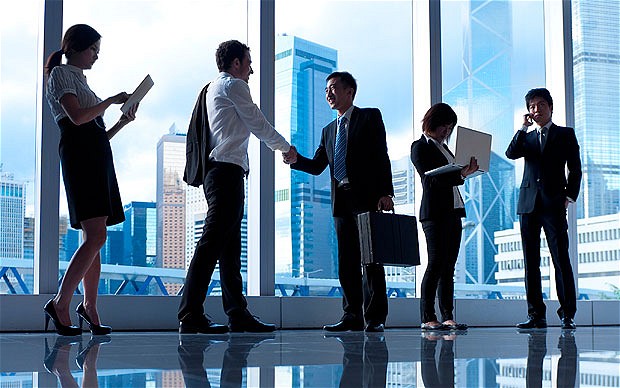 We currently live in a world where people are constantly thinking of new ideas, investing them into new start-up businesses that are aimed to become successful. Who are the well-known people who’ve made their fortune from an amazing idea? Check out our 10 geeks who have made millions from their incredible start-up businesses.

Whilst Steve sadly passed away in 2011, his presence within the technology world will never be forgotten. The once-upon-a-time successful businessman, known for his terrible anger problems and childlike tantrums, crafted one of the richest companies of our time, right from his garage. He then worked day and night to turn it into a viable business, turning himself into a self-made billionaire.

We all know of Microsoft – the company behind the Windows OS – one of the bestselling operating systems of all time. His story is not only unique, but mystifying. He worked hard to achieve his successes, proving that we’re capable of pursuing our dreams through a bit of self-belief and commitment. Not only did he make himself one of the richest human beings alive, but he also created a truly iconic story and company. So inspirational.

We all know of Google – it’s probably the most iconic brand of modern society – a company who is constantly thinking of new innovation, turning it into successful services and products. However, the two men that founded the company are worthy to be on this list of successful business people, because their idea turned them both into billionaires – Larry Page and Sergey Brin are two very inspirational people, proving to be role models for all tech geeks alike.

Facebook is probably one of the best success stories of the 21st century, where a young, nervous lad turned his idea into a social networking platform that has profoundly changed the way that “we” humans communicate with each other. His hard work and diligence paid off – he’s now one of the richest, self-made entrepreneurs alive, sporting a hefty net worth of billions.

Born in New Mexico, Jeff Bezos is the man behind Amazon – a small company at the time of launch – now  the market leader of online retailing. The inspirational part of his story has to be the fact that he took a huge gamble when starting up his business idea – resigning from a reasonably good job, to work on an idea that is now worth billions.

If anyone knows about becoming a billionaire through having a dash of entrepreneurial spirit, then it has to be the iconic Richard Branson. Following a rough patch in life, Branson proved to be a unique thinker, setting up the Virgin Group in 1970. Since then, the company has turned into one of the most known technology brands of all time – changing the way that we travel and communicate – well done, Richard!

Alan Sugar, known as Lord. Sugar in the United Kingdom, a businessman with a credible background story – you don’t hear about many people selling aerials from the back of a van, becoming wealthy – his story is so admirable. Amstrad may not be as known as companies such as Apple and Google, but he’s worth mentioning through his dedicated spirit and ethos.

Whilst Pete Cashmore isn’t the richest guy in the world, he’s still the wealthy founder of Mashable – a digital magazine where the majority of geeks go if they’re looking for an awesome read. His story just goes to show that anyone can become successful through expressing about themselves through the form of writing. He truly deserves a spot on this list.

She’s not someone that you’d necessarily call a “leading face” in business, but J.K. Rowling still managed to write one of the best-selling novels of all time – Harry Potter. She turned one story into a dozen more, soon bringing them to everyone’s attention through a screenplay.

Despite being the face of much controversy, Rupert Murdoch, the chairman and CEO of News Corporation, worth billions, is one of the most successful moguls alive. He has led his company through a lot of upheaval, but never once has he thought of stepping down – he’s so committed to his job and the people around him – this has to be an inspirational factor to have.