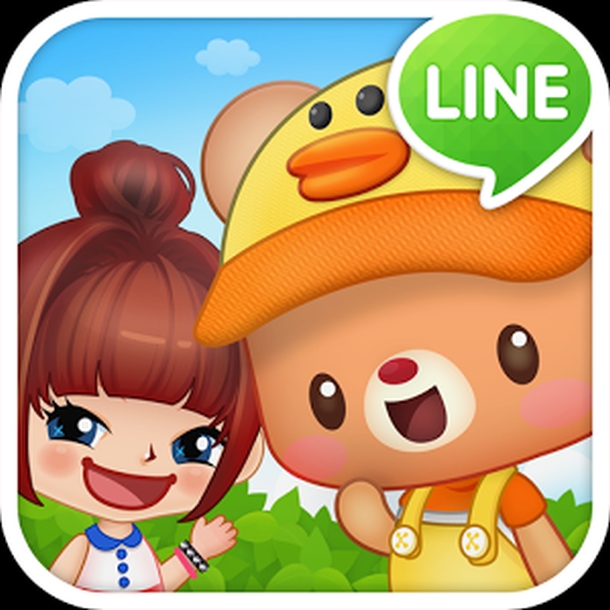 They’re fun, they’re social and they have been dominating the Japanese iOS store for at least the last few months. They’re ‘Line’ games and you should think about getting into that.

IT’S SO CUTE IT WILL MELT YOUR FACE!

The Games To Crush Candy Crush?

It would be unwise to just declare that the Line games have what it takes to be Candy Crush killers. People have made those calls about, oh… every MMORPG that’s come out, declaring “THIS is the WoW killer”. But just like the boss at the end of the instance, as soon as you think it’s dead… NOPE, they res themselves and attack your healer. Your squishy, squishy healer.

So, I’m not going to say this will crush Candy Crush into tiny, toffified pieces. But I would recommend that the makers of Candy Crush either take some cues from the Line range of games or at least buy shares in it.

What’s This Line For?

The Line app is also a dashboard for all of the ‘Line’ games. There’s a feed to show what your friends, if you have any, have been achieving in the various games. There’s an easy reference guide of the games you have, as well as a few different ways for you to invite friends to play the Line games.

It’s not quite Facebook. But it’s Facebook who think that Facebook feeds are prettier with requests for bales of hay, or gems or any other pixellated way to kill an interest in the news feed.

The games are varied. There’s a business sim (I Love Coffee. That’s the name, not a personal statement. Though I do love coffee), there’s a few matching puzzle games (PokoPang is my favorite because that’s an awesome name for a game) and even a strategy war game (Cartoon Wars: defend your castle from the other dude’s castle, while trying to break his castle. Your armies are stick figures. Nothing more needs to be said).

And yes, they’d like you to pay for stuff.

The idea of paying for something that’s not technically real feels a little silly. But, we do it for games all the time on places like Steam and Origin.

But when a game maker actually creates a game that draws you in, makes you feel welcome and hints that maybe their sole purpose was to let you have fun….I don’t know how you feel about it, but I like to get the crowbar out and pry open my wallet a little bit.
If these games existed separately, they’d be cool.

But as a line of games that you can have on your phone (See what I did there?), as an application that means you’re only annoying the friends who are also annoying you with game requests and as a possible end to the tyrannical rule of Candy Crush?

Get into Line already!