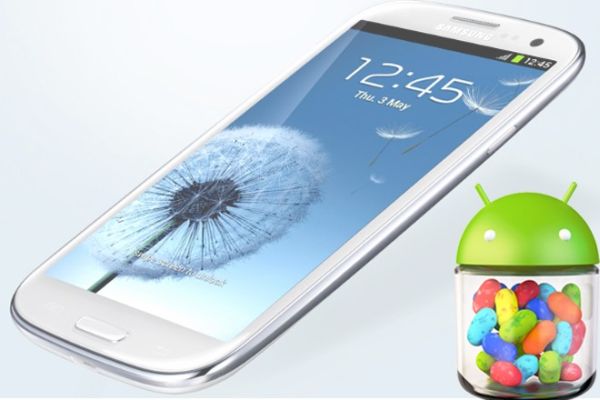 The recent launch of Samsung’s flagship phone,  Galaxy S4, has brought so many new and unique features to the mobile market.  However, people who own a Galaxy S3 are really annoyed because they’ve just figured out the total potential of their device and the latest iteration is already upon them.  Most of them don’t want to sell their GS3s. Well, don’t lose your hopes just yet guys; because we’ve got something that might cheer you up a little bit.

According to a Samsung official, the Galaxy S3 will soon be updated with the latest Android 4.2.2 firmware and receive some Galaxy S4 like features that will grant the device a new life. Users will be able to get the Galaxy S4 feel on their year old devices. Any features that are not related to hardware will be brought to the Galaxy S3.

Obviously, the display and camera of the device can’t be upgraded but software features will be easy to implement. However, apps like TV remote and S health won’t be making their way to the Galaxy S3, because these require special hardware like infrared and pedometer respectively. Below we’ve compiled a list of Galaxy S4 features that ate most likely to make their way onto the Galaxy S3 with the Jelly Bean (4.2.2) update.

One of the best feature of the Galaxy S4 is the dual camera mode that allows the users to use both camera simultaneously with split screen display or Picture-in-picture view.  This feature might be making its way to the Galaxy S3 with the coming update.

This is another cool feature that’s software related.  This feature pauses a running video whenever the viewer’s head turns away from the screen. It doesn’t only track the head movement but eye movement as well and pauses the video if the eyes move away from the display. The video will be un-paused as soon as the users brings his attention back to the screen. This one is a highly demanded feature for the Galaxy S3. It’s pretty similar to the Galaxy S3’s Smart Stay feature that turns the display off if the user’s eyes are not looking at it.

This feature is not so interesting, but still it will be a decent addition if it comes to the Galaxy S3. It lets the users record a maximum of 9 seconds audio whenever they take a picture. So you can enjoy your pictures with some background sounds and make them more interesting.

This feature lets you pair the same kind of devices together and share music, videos, pictures and, best of all, enables you to play multi-player games. This will be a great thing for gamers as they can enjoy gaming sessions with their friends on Galaxy devices.

There are so many other cool features with the Galaxy S4 like Air View, Air Gesture and Smart Scroll that could also make their way to the Galaxy S3 but we’re certain that Samsung will keep some features exclusive to the Galaxy S4 to give it an edge over its predecessor. All these features are reported to make their way onto the Galaxy Note 2 as well, with the upcoming Jelly Bean (4.2.2) update. We don’t have an exact date for the update but most likely it will be rolled out after a couple of months of the Galaxy S4’s release.  It may take a whole year if you’re on Verizon. I know… it sucks, right?

What features would you like to see get ported to the Galaxy S3 and Note 2? Let us know in the comments section below!