Aliyah Royale on The Walking Dead: World Beyond 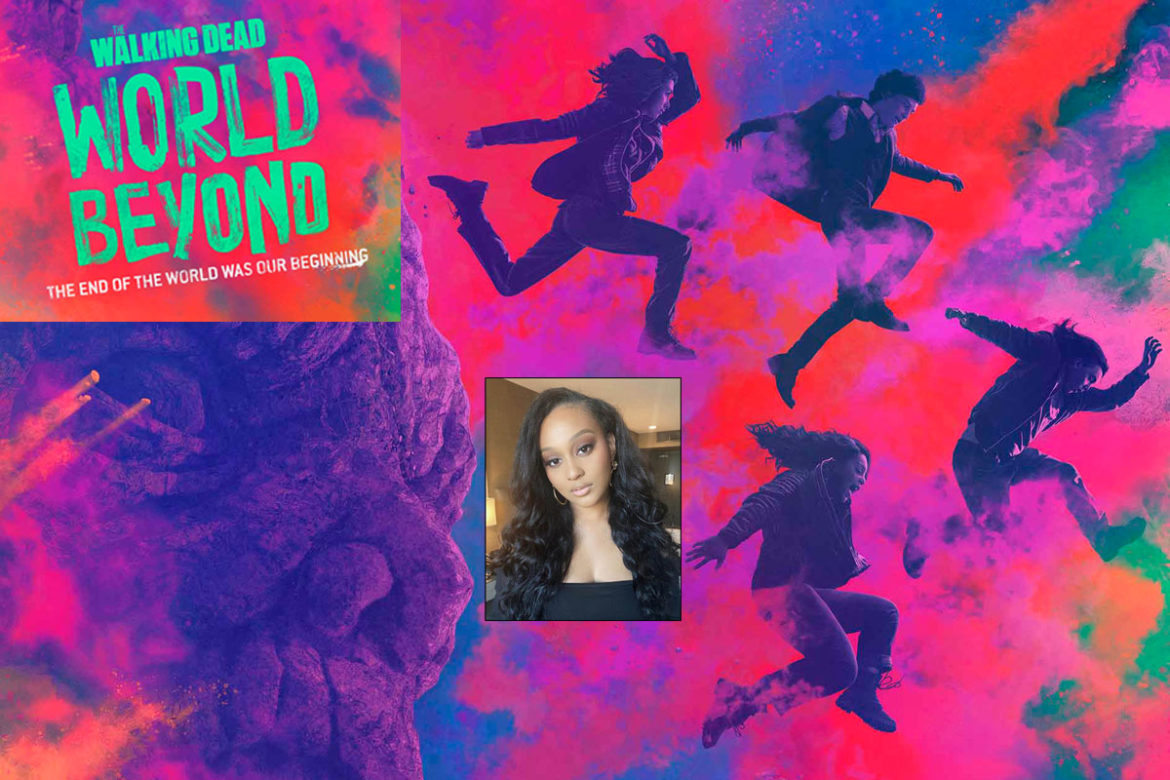 It’s with great pleasure that Geek Insider got to sit with Aliyah Royale before the October 4th season premiere of AMC’s The Walking Dead: World Beyond, where she portrays Iris Bennett. The Walking Dead blog, Iris is an above-average high school student who is well-liked and relatively safe behind the walls of their community. [1]

This generation of TWD has only known a world with walkers and Iris is determined to follow in her scientist father’s footsteps and find a way to bring the world back to what it once was. Together with her adopted sister, Hope, and two friends, they embark into a world fraught with danger, but a life of freedom despite the hardships and danger.

In The Walking Dead world, we are ten years ahead now and we see a glimpse of more aged and decrepit walkers. Is there hope for a society beyond the protected gates of these small pockets of society? Time will tell.

From a young age, Aliyah knew she was meant to be an entertainer and she has worked from minor theater productions to television and film. With the unwavering support of her mother, she vowed to work hard and make a name for herself, and by her own admission states that she recognizes that her raw honesty is the foundation of her talent and work ethic, for that is the well from which her acting comes from.

This next generation story arc takes us to a world where this group of young survivors have only known life with walkers. We hope you enjoy our interview with Aliyah as she tells us about her TWD experience and her path to get there.

TUNE IN TO AMC