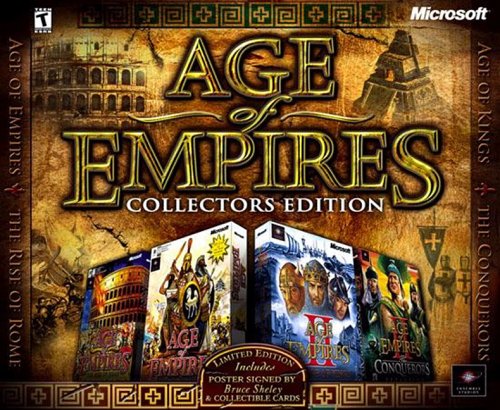 Microsoft is planning to bring its Xbox and PC titles to mobile platforms like iOS and Android, starting with the most popular strategy game, Age of Empires

If the recent report via Reuters is to be believed then Microsoft has signed a deal with Klab Inc., a Japanese company to help it bring some of its titles to other mobile platforms. The first game that will make its way to Android and iOS as part of the deal is the famous strategy game that everyone loves to play, Age of Empires. Best of all, it will be available by the end of this year for free.

If you don’t know what Age of Empires is then first of all you’re too young, second you’re…well, that’s all. Age of Empires is a RTS franchise by Microsoft for PC which lets the player choose a historical civilization, from Barbarians to other sophisticated killers. Recently, Microsoft released an HD version of the Age of Empires II game for PC, so it’s still unclear whether the mobile version will be a direct port of the PC game or a completely new game from scratch.

Age of Empire will work quite well on touchscreen devices because it has simple click and drop control scheme (If that’s even a control scheme). Tablets and smartphones feel custom-made for strategy games but no big franchises have been released so far on these platforms.

Microsoft’s deal won’t only bring Age of Empires to other platforms but Klab will also bring other games as well. Even though there has been no words on which games will make their way onto these platforms but we’re sure that they will come out sometime after AoE.

Age of Empires is not the first game by Microsoft to be made available on other platforms. Earlier this year Microsoft also ported Ms.Splosion Man and Wordament onto iPad and iPhone. There are some other apps available on both Google Play and App Store as well.

Microsoft did try to make all these games exclusives on their platforms only, including Windows Phone but looks like things have changed and the company seems to have no problem bringing its games over to other platforms.

Which Microsoft games would you like to see on Android or iOS? Let us know.