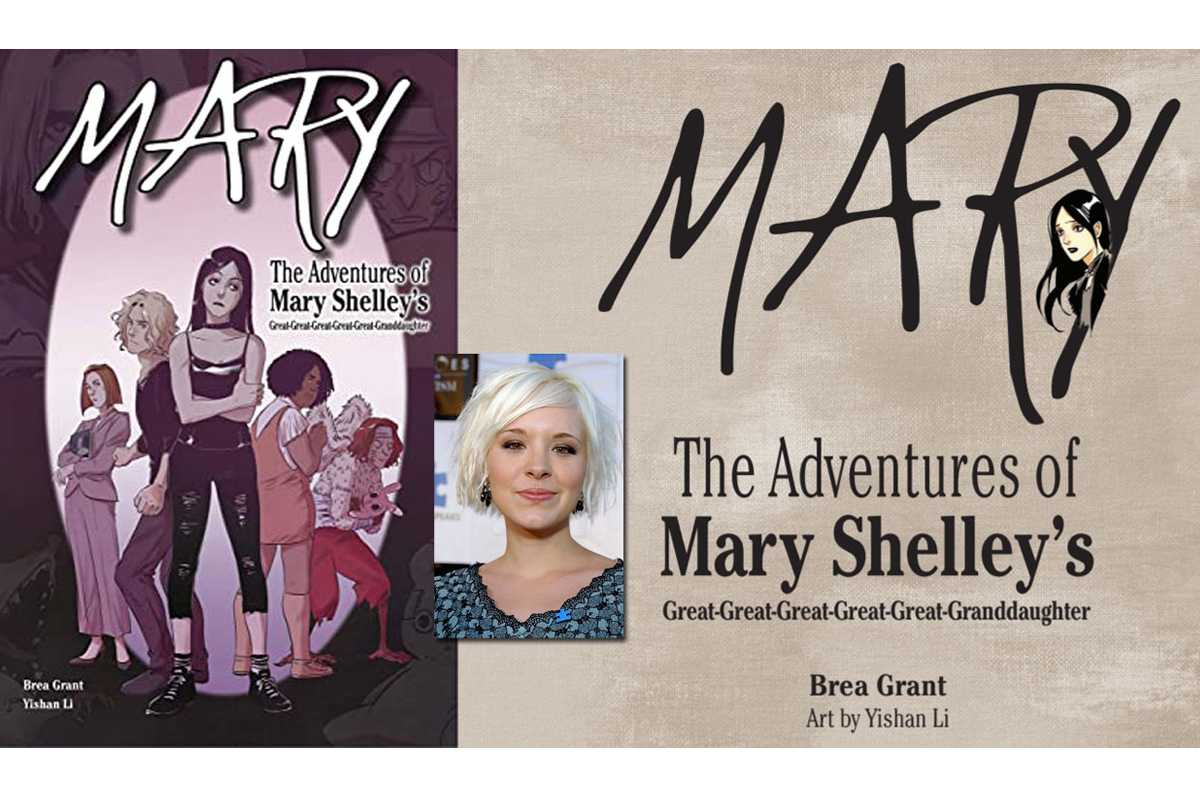 BREA GRANT is a filmmaker/writer best known for co-writing and directing the apocalyptic feature, Best Friends Forever, and playing roles in shows like Heroes and Dexter, as well as feature films, Halloween II and Dead Night.

She has co-written two comic series: We Will Bury You, a 1920s zombie series, and The Suicide Girls, based on the popular website. On September 28, 2020, we had a Geek Speak with Brea Grant who shared her writing experience, what it’s like to make movies during the “worldwide pause”, and we learned that not only has she penned a well-received graphic novel, but she also wrote and directed the horror/dark comedy 12 HOUR SHIFT.

Don’t have time to watch the video? No worries! The Geek Insider Podcast is available on several of your favorite listening apps. You can tune in on iHeartRadio, Spotify, and we have recently been added to Amazon Music! Please subscribe to our channels so we can continue to bring you great livestreaming content.

Rob Andersin, the head of Comic Book Advocates Network reviewed Brea Grant’s graphic novel Mary: The Adventures of Mary Shelley’s Great-Great-Great-Great-Great-Granddaughter. He was very careful not to give any spoilers in his review but you can get a sneak peek for a couple of pages.

What’s the book about?

But she soon discovers that she’s got other gifts and her true calling is hard to ignore, especially when the monsters refuse to leave her alone. Destiny calls.

Brea Grant loves to weave stories. Her love of writing shines through her projects, from movies to graphic novels. Mary: The Adventures of Mary Shelley’s Great-Great-Great-Great-Great-Granddaughter is illustrated by Yishan Li and is available at Amazon, October 6, 2020; a Six Foot Press publication. ISBN: 978-1644420294; Paperback $18.99; Ages 12-18.

Geek Insider also had the pleasure, and express permission to play Brea Grant’s trailer for 12 HOUR SHIFT, a horror, thriller, dark comedy where bodies begin got pile up when a drug addicted nurse and her cousin try to find a replacement kidney for an organ trafficker. Scheduled for release on October 2, 2020 – VOD. Look for it on your favorite streaming service.

Follow Brea on Instragram and Twitter. And if she wasn’t already busy enough, check out her weekly podcast READING GLASSES where she and Mallory O’Meara discuss tips and tricks for reading better!