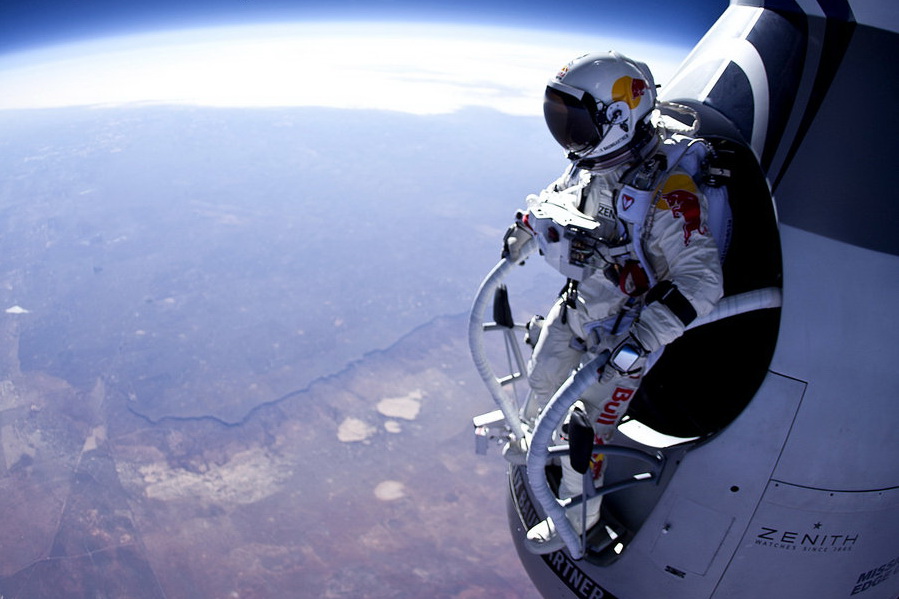 Here some brand new HD video footage that was just release about the Felix Bumgartner edge of space jump code named the Redbull Stratos that took place on October 12, 2012. The video was taken with a bunch of GoPro Cameras that were attached to his suit. This is the first person view of this epic  freefall and  something you have got to see to believe.

The video above captures Felix Baumgartner’s ascent to more than 24 miles above the Earth’s surface and to the edge of space in a custom made balloon. Millions of people watched in awe as he stepped off the platform, broke the speed of sound, and once again stepped into the record books with three new world records.

The video footage was shot exclusively on the HD HERO2®