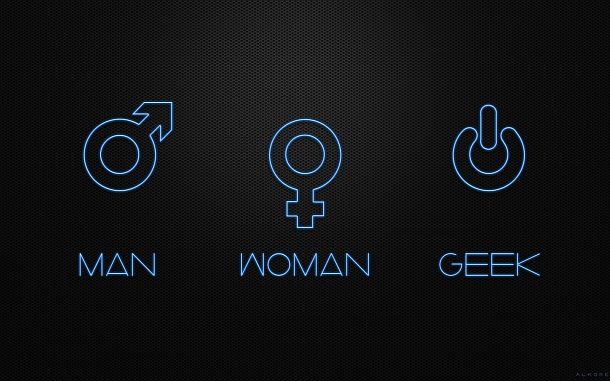 I have a message for my fellow geeks and gamers. It’s not new or revolutionary. It’s a Call To Arms and I want you all to join in on this PVP battle.

A good friend of mine once said “Games are the great leveler  It doesn’t matter who you are or what you can do outside the game. Inside that game, you’re only as good as your skill in the game. That’s what’s so great about video games”.

I wish he’d been right and I look forward to the day when it happens. But it isn’t today.

Call To Arms For All Gamers

Our gaming community has a problem with women.

To those who agree with me because they understand why I need to say that, thank you. Your support is not unnoticed. It is welcomed and appreciated, more than you know.

To those who disagree with me, I don’t think you’re bad people or that you hate women. I think you don’t understand, so in the words of a great woman, with a blood drenched sword, “Allow me to convince you”.

Our gaming and geeky community is the product of decades, if not thousands of years, of escaping the world we live in. We escape because it’s scary, it’s boring, it’s tough and unrewarding. We choose an alternative to drudgery and go into worlds where we will slay dragons, command armies and release the downtrodden from their shackles. Or, you know, spend hours trying to get mats for our Orc Tailor….

Unfortunately, for women, we do not enjoy the same freedom that our brothers do.

Bullying is a problem, no matter who it targets, so I don’t mean to diminish what you might have felt, or experienced in a game because you’re “just a guy”. But it’s important that you realize, that the female gamer experience is not always the same as yours. Our experience is built on what we are taught to fear in the real world. When someone threatens sexual violence against a woman, whether they mean it to or not, they are hitting a chord that has been reverberating within us from the moment we heard that a woman has been attacked, followed by “Well, what was she doing there in the first place?”.

There are those who think that this problem with women in gaming is a ‘myth’.

Either Anita Sarkeesian has been keeping herself busy by creating Twitter and YouTube accounts, so that she can threaten sexual violence against herself. Or, the proof that we do have a very real problem, lies in the comments on her videos. Another way to look at it, is to count how many threats of sexual violence are in the comments of dudes who say anything about video games. (Very few, if any at all)

Personally, I don’t agree with everything she says (they’ll be coming for my Feminist card any day now). The parts where I do agree with her don’t strike me as revolutionary, it’s Feminism 101. But that there are those within our community who think a rape threat is the same as a considered objection to someone’s argument? That’s a problem. It’s OUR problem.

If you feel disenfranchised by this article, if you feel that the focus of gaming articles should include all of us, then let me assure you- This article includes you.

It’s just not strictly about you, the way the majority of things concerning games are. In general, games are about men, gaming articles are about men, everything to do with games = about men. You are the default consumer that a company will target, without holding the overwhelming majority in the population.

This article is about you, it’s about your community and the role you can play in making it better.

I want men to step forward with us. All of ‘us’ who don’t fit into the cookie cutter image of the white, straight, male gamer. You need to voice your concerns because when rights are not given equally, it diminishes us all.

Jump into the fray, the way you would on any game, and speak up against it. Be the hero you’re playing and show these people that we will not tolerate this behavior in our community. These are our worlds, that we have created and kept alive by occupying. Don’t let someone drain our world of variety. Join with us and you’ll find yourself surrounded with allies, for those times when you find yourself somewhere dark.

And now, a special note to the trolls and/or those who have a problem with lady gamers, or anyone else who doesn’t fit into their ideal of what a gamer should be.

I know you’re reading this.

Let me make this perfectly clear to you, you have achieved nothing through your comments but the exact opposite of what you set out to do.

We aren’t leaving. We’re not hiding. We will be standing strong.

This is not your space. You don’t own it. This is our community.

You have a choice with how you proceed in our community. You can accept it, or you can lose.

Or, as General David Morrison, Head of the Australian Army said when discussing the issues of sexual harassment within the army-

“If you’re not up to it, find something else to do with your life. There is no place for you among this band of brothers and sisters.”