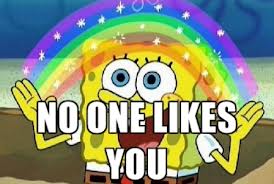 Have you ever met some one while playing Call of Duty that thought they were the best player ever? They kept talking about how they were gonna own your whole team with their awesome quick-scopes and crap like that? They insist that your team is crap and that you suck, and somehow they know your mom well enough to make suggestive comments towards her. Then you get in the game with them, and they are so bad that you don’t even have to aim to hit them when shooting? We’ve all been there. It’s also very likely that you’ve been on the other side of that at one point or another. That’s called gamer ego, and it hurts you a lot more than it helps you. Here are 5 ways your gamer ego is getting in the way of your gaming. 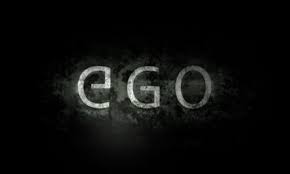 1. Too Much Trash Talk, Not Enough Action

Probably one of the main ways gaming ego hurts people is that they talk way too much before the game. Hyping themselves up and saying that they are the best around. It always seems like they’re never as good as they say they are once the game starts. Even if they do good, they aren’t as good as they made everyone think they are. When you do this, you are never gonna hear the end of it as soon as the game ends. People will non-stop trash talk to you, asking things like, “I thought you said you weren’t a noob.” and, “Turns out its YOUR mom that’s a wh***!” Sometimes, its just better to keep your mouth shut and wait till the end of the game to trash talk. 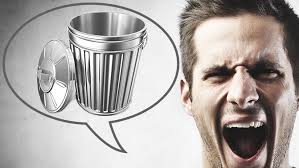 Who would wanna be friends with a person that thinks way too highly of their skill? I know I wouldn’t. You will never make friends when you talk so much crap that people mistake you for a bathroom stall. People are gonna think “Why would I be his friend when even in a friendly private game, they are gonna talk trash to me?” You may not think it will suck, but it does. Being friendly towards people in public matches is way better in the long run, I can’t tell you how many friends I have made on Battlefield and COD just because I participated in good conversation instead of being a complete jackass. 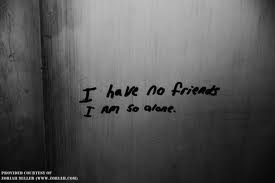 3. You get angry faster

Talking a lot of trash before games makes you go into the game angry. So when the game doesn’t go as well as you wanted it to, you’re gonna tend to be a lot more angry than normal. Especially when you make it seem like you’re a pro at the game. This leads to rage, and that leads to rage quitting, no one likes a rage quitter. Just be happy and friendly and you will go in and come out of the game happy and friendly. People tend to have very high expectations of themselves, and since they do, they always seem to come out of the game angry. I stopped having such expectations, I have low expectations, so when I even do mediocre in a game, I feel good.

4. People have high expectations of you

When you make friends, chances are they are people with high gaming egos too. So going into every game, they expect you to do really good, and when you don’t, they are gonna get frustrated. You’re literally setting yourself up for failure here with these kinds of friends. It may sound bad, but sometimes its better when people have low expectations of you. When they know you as someone who’s gonna go into the game and have a good time, then they are gonna love playing with you. So go into a game of battlefield and just have fun with the vehicles instead of playing so seriously. You’ll make way way way better friends doing that. 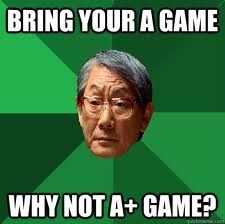 5. People won’t want to play with you

You’ll know that your gaming ego is a little too high when you become “That guy”. That guy is the person that takes a game way too seriously. So even when you are playing a friendly game in a private lobby, you come in and start playing way too hard. Why play so seriously when you know that these are just a group of friends trying to have a good time. It’s a private match, there’s nothing to gain. So when people see you come in, they are either gonna leave, or kick you from the game. No one likes that guy, no one. Just do yourself a favor and do your best not to become that guy.