The Doctor is perhaps one of the most mysterious characters ever to grace our TV screens. With fifty years under its belt, the show itself is expected to have a few secrets of its own. Although these might not be quite that dramatic, here are a few lesser known facts you never knew about Doctor Who. 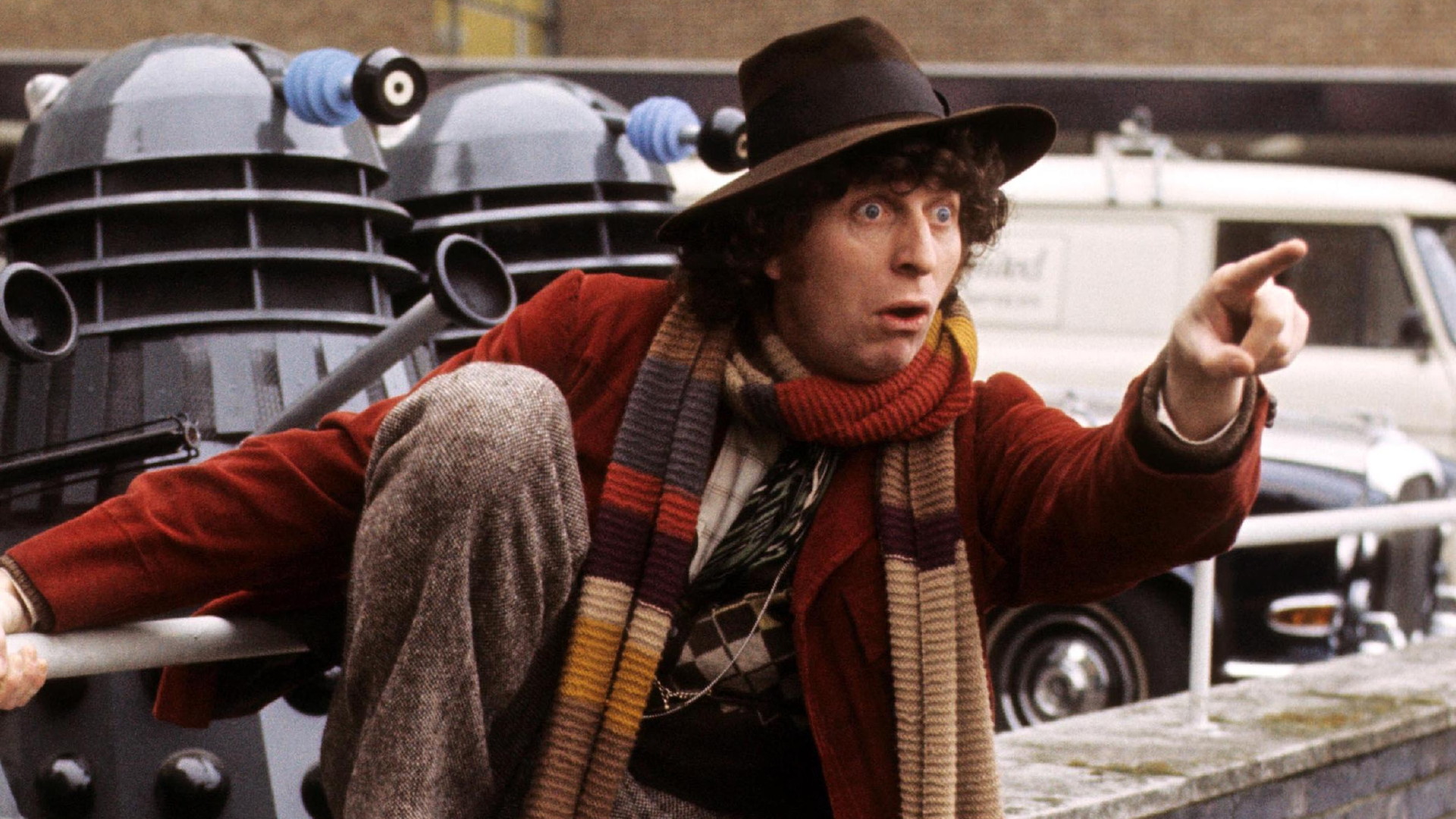 Well, at least the size of it was.

It’s my belief that anyone who thinks about Tom Baker as the Doctor immediately conjures up the image of his iconic scarf in their mind. And how can you not? It’s so very…present.

It’s therefore hard to fathom that the 4th Doctors signature look was purely accidental. So how did it happen?

As any knitter knows, it’s always necessary to have extra wool as you never know what might go wrong. Sticking to this theory, the show’s costume designer provided more than enough required wool to fashion Baker’s scarf. However, the knitter misunderstood her instructions and presumed that all of the material was needed. Luckily, Baker liked the result and subsequently we ended up with a rather large and eccentric scarf that is now a character trademark. 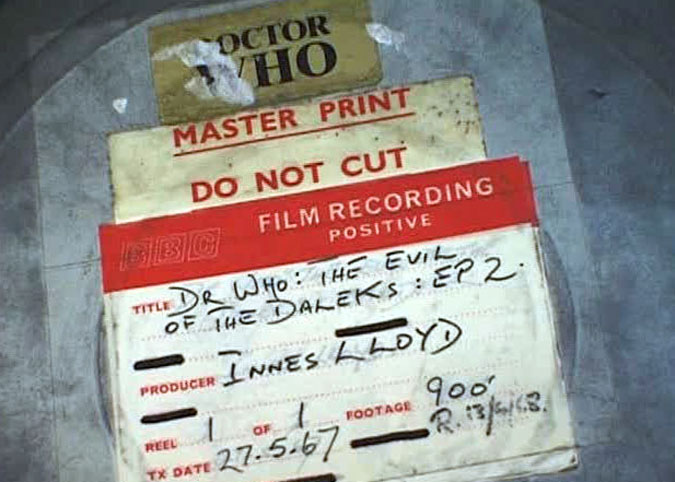 I know, I was horrified too.

I wish I could say that this occurred due to a Library of Alexandria type situation. However, there was no fire, nor some kind of highly unfortunate accident that resulted in the loss of these episodes. No, the BBC just needed some space. I’m presuming that they had some kind of mind-meld with the Cybermen and started running around yelling “you will be deleted.”

Suffice to say this has left a humongous gap in both the shows archives and fan knowledge. The missing episodes mostly consist of the First and Second Doctors and both the BBC and fans continue to request copies today. This has been successful to a certain extent, as many overseas broadcasters and private collectors have been able to assist in rebuilding the collection.

**Revision** Some of these lost episodes were recently recovered in Ethiopia!

3. Daleks Were Based on Nazis 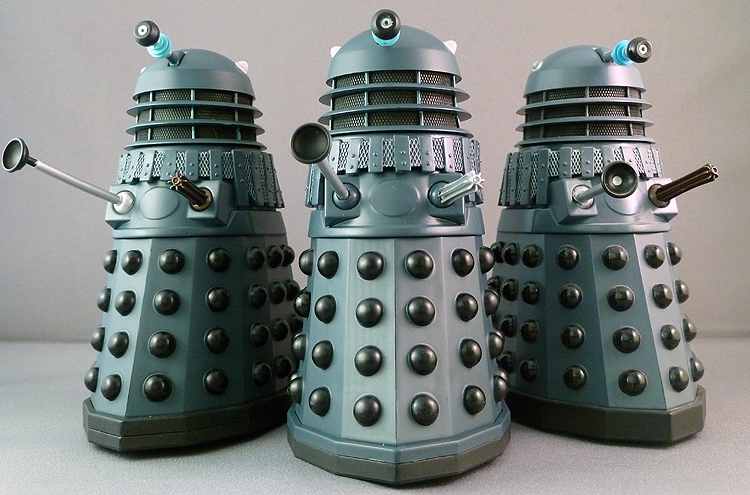 Let’s not forget that Doctor Who is celebrating its 50th anniversary this year. This places its inception well within a time frame that can be considered “close’ to the end of World War II. Creator of the Daleks, Terry Nation, grew up during the war and openly based the Daleks on the Nazis. He is said to have been inspired because they too were “the unhearing, unthinking, blanked-out face of authority that will destroy you because it wants to destroy you.”

Nation himself was one of the writers on the show, and the episodes in which he was involved undoubtedly carry Nazi undertones. Actually, one might even say they were overtones. In ‘Genesis of the Daleks’ and ‘The Dalek Invasion of Earth’, the aliens are seen to be invading the world, each with one metal arm pointing in the air at a very purposeful and reminiscent angle. This is a trademark that they still carry today.

In addition, they refer to their destruction of the planet as a form of ‘final solution’ in a quest for racial purity. If that wasn’t unsubtle enough, the Dalek ancestors known as Kaleds just happen to wear uniforms that are strikingly similar to that of the Nazis. 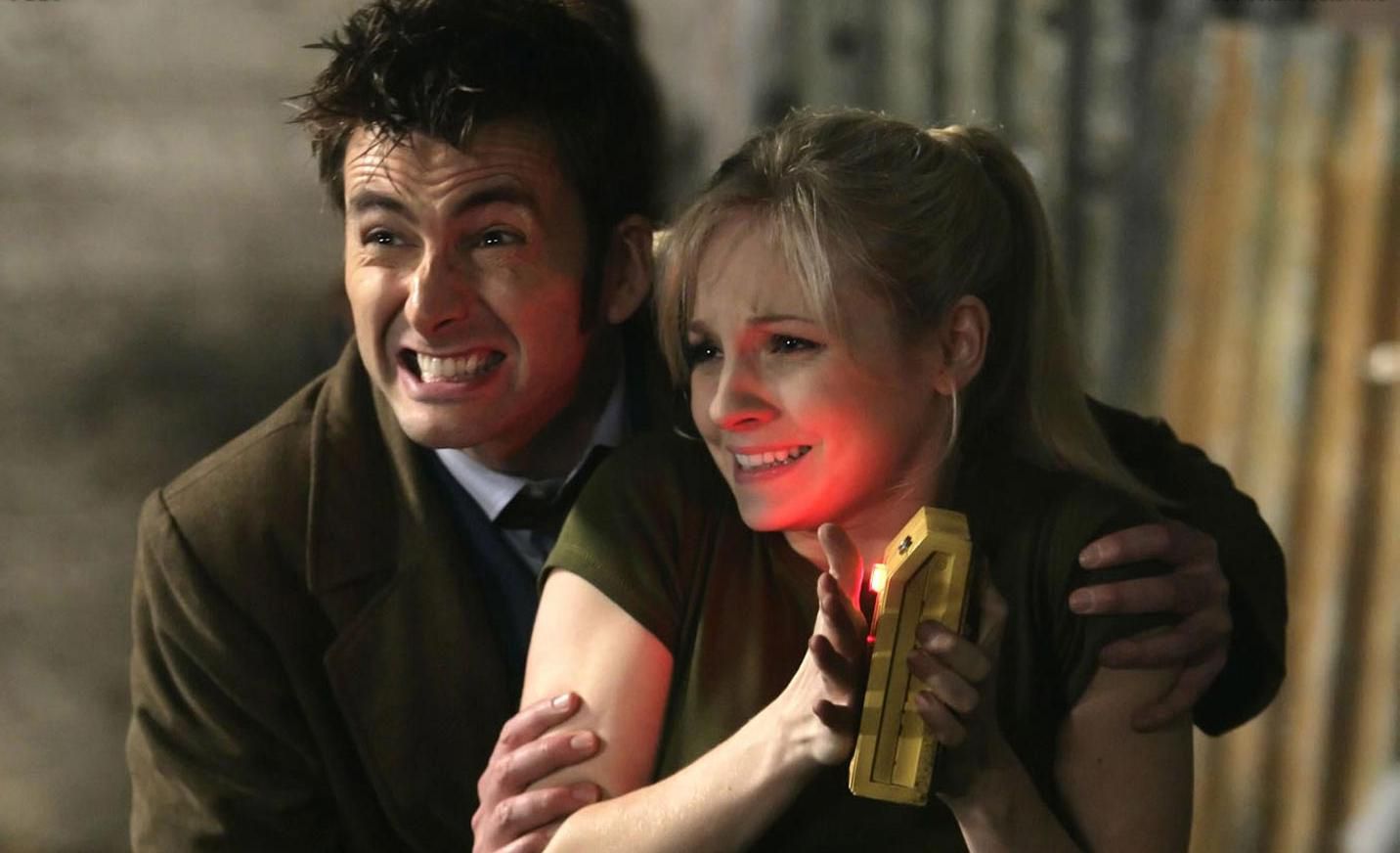 Even the most devoted fan fiction writer couldn’t have invented this story.

David Tennant, also known as the Tenth Doctor is married to Georgia Moffett. If you recognize the name, it may be because she starred as the Doctors Daughter Jenny, alongside Tennant in the 2008 season of the new series. . Okay, so that may be a little creepy, but good on them for finding love.

It gets weirder though.

Georgia also happens to be the daughter of actor Peter Davison, who played the Fifth Doctor during the 1980s. He was the one that had a penchant for looking like an Edwardian cricketer.

That’s certainly what I would call ‘keeping it in the family.’

5. There Was Almost an Animated Series 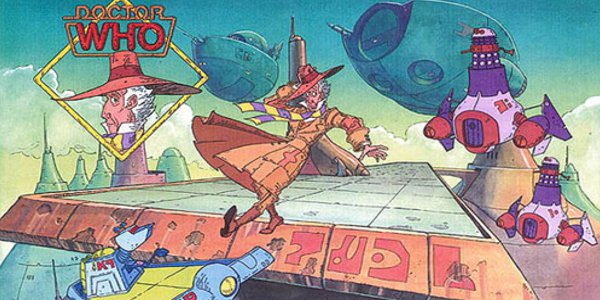 I’m really not sure how I feel about this…

Back in the 80s a company named Nelvana procured the rights for an animated spinoff from the BBC. However, the project never made it past the early stages of development. I would perhaps lament the animation-that-never-was if Nelvana weren’t responsible for all of the animation in the monstrosity that is the Star Wars Holiday Special.

There were some rather interesting ideas being considered for the series. For one, K-9 would have the ability to float and the Daleks would have become glorified tanks with drills. As disconcerting as that sounds, they were planning on revolutionizing the show by having a black companion for the Doctor, a milestone that the series didn’t reach for another two decades.