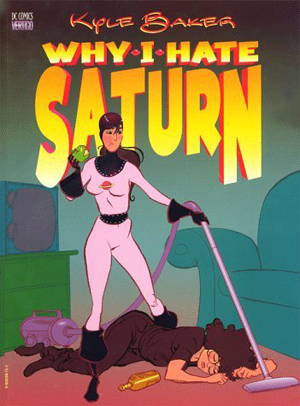 Comic books are a medium, not a genre. Just like movies or paintings, what may seem popular to some may be completely foreign to others. Trying to find books that nobody’s heard of is difficult; if they didn’t have at least a small cult following, we probably wouldn’t be hearing about them. The best way to truly find comics you’ve never heard of is to head down to a comic book store and start flipping through stacks! If you don’t have the times or access to a brick and mortar store, than this list is for you! This little collection is sure to offer something you haven’t read yet! 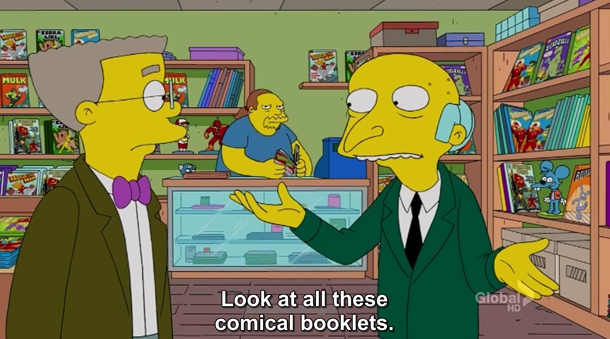 Why I Hate Saturn by Kyle Baker

This comic, like Seinfeld, seems like it is about nothing. The writing is so genuine and funny that you will enjoy Anne, the cynical New York writer at the center of this book. She has to take care of her mental sister, Laura, who believes she is the “Queen of the Leather Astro-Girls of Saturn” while struggling with relationships, guys, and other sitcom-y tropes that seem completely boring until you read about them in this comic. It’s extremely quotable, so when you’re finished, pass your copy around to your friends! 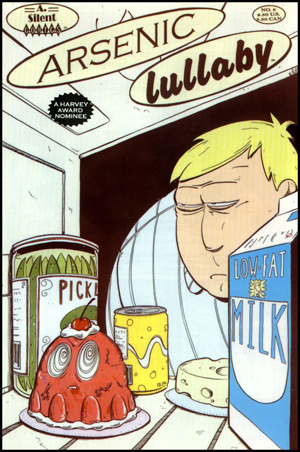 Arsenic Lullaby is dark, twisted, disgusting, and hilarious. This comic is completely adult–definitely not for children. The books are a collection of smaller comics about different bizarre characters (not all are reoccurring). One of the most popular is an alcoholic talking donut named Baron Von Donut who always comes back to life. Check out a proposed cartoon of him here. Other characters include Voodoo Joe, who is cursed to spend his existence helping people with their revenge schemes, and The Clot, a man with no skin. 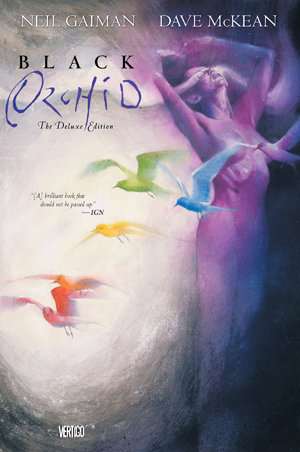 These are two names we are familiar with, but perhaps you haven’t read Neil Gaiman’s reboot of the classic DC character. Dave McKean does the art, naturally, and together they make this superhero tale more mystical and emotional than the previous incarnation. The themes also deviate from common fare by focusing on violence vs peace rather than good vs evil. The story follows the literal rebirth of Black Orchid while exploring her origin and lore. 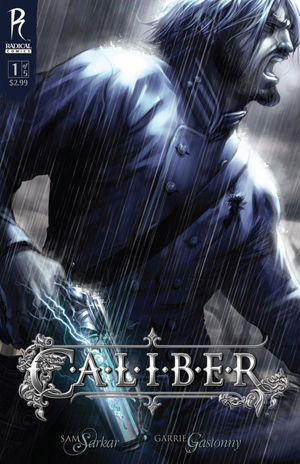 What if King Arthur was actually a Wild West gunslinger? What if Merlin was actually an American Native shaman and Camelot was a wild west town? Exacliber is no long a sword, but a fabled mythical six-shooter named Caliber! That is the premise of this unironically silly comic. You may pass it by thinking it’s a bit too to heavy-handed, but give it a chance! You will have a good time! There are rumours that Johnny Depp’s production company has picked it up, so read this comic before it becomes another Lone Ranger.

The Goon by Eric Powell 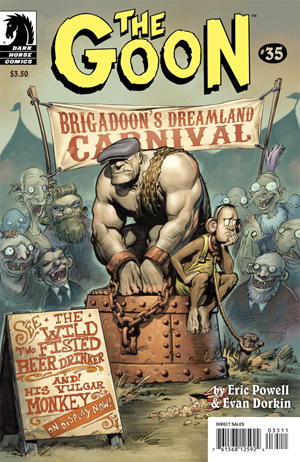 The Goon may be a bit more well known, but I will include it here as most of my comic book reading friends hadn’t heard of it yet. This book is silly and violent with some supernatural involvement (zombies, ghosts, aliens, robots, etc). This really is the comic book fan’s comic book: original story lines, fantastic art, comic absurdity, and a delightful anti-hero. The Goon takes over a mobster’s entire operation after killing him-, but he tells everyone the mobster is still alive and he is simply his enforcer: The Goon.

If you are a kid in a town with no comic book store (as I was growing up) check out thrift stores and second hand book stores. I found a treasure trove of comics that parents had surreptitiously dumped while their kids were away at college (sorry, friends). Sure, buying a giant box full of comics can be a crap shoot, but I certainly learned what I liked and didn’t like. I would like to think that it also contributed to the lowering of my standards which led me to keep an open-mind with new comics.

If you are newer to comics and are looking for something off the beaten path, I recommend checking out some of these comics by Brian K. Vaughan and Warren Ellis. They may be a little more recognizable, but if you haven’t read them yet, check them out! These six comics, combined with the list above, should keep you busy for a while!