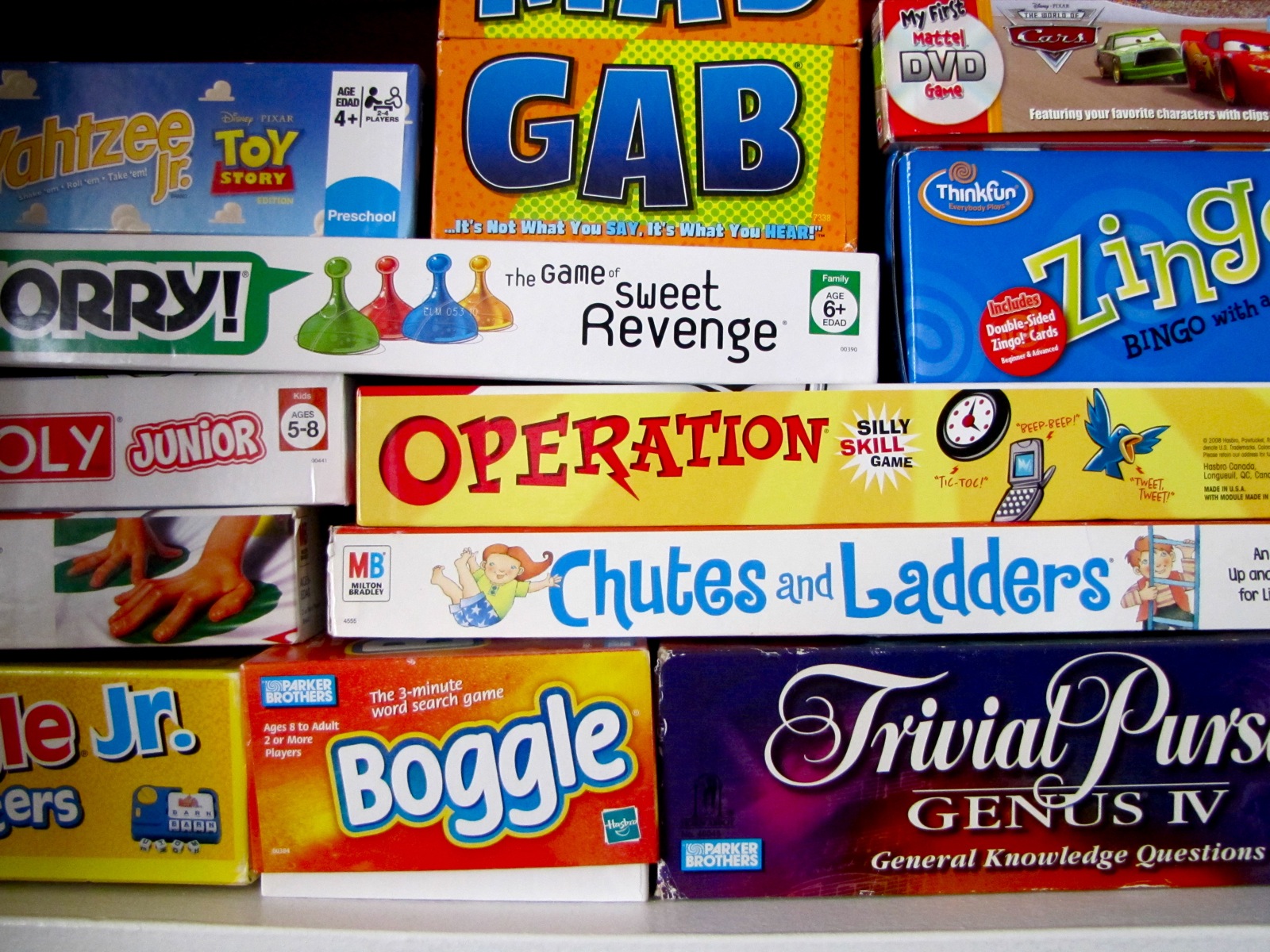 Most of us love playing games with our family and friends. We get to sit around a table, or lounge in chairs and on couches. We witness the creation of inside jokes, and watch competitiveness reveal itself. Whether the game is Monopoly or Uno, it creates the opportunity for valuable memories to form, for bonding time, and for plenty of laughter all around. So here are five awesome games to add to your collection if you don’t already have them. 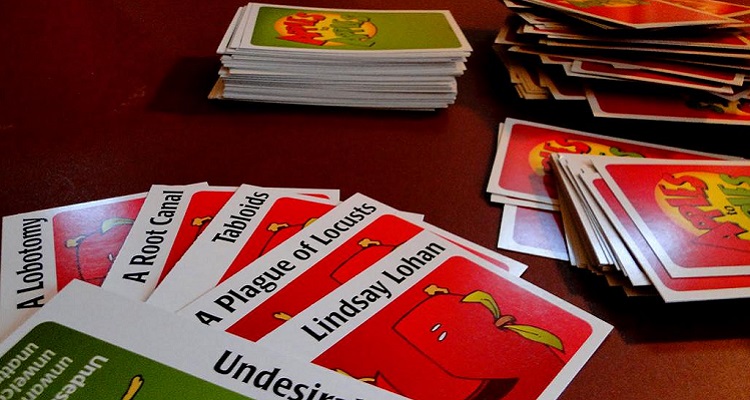 This word/phrase game is quite popular nowadays. Each player gets a hand of seven red cards that have a wide variety of nouns, famous names, and phrases written on them. Players take turns being a “judge,” and flipping over a green card with an adjective on it. Everyone but the judge places a red card upside down in front of the judge, who will then decide which red card best fits the green adjective card. The person with the most green cards wins (often, it’s the first person to reach a number like five or seven). Apples to Apples works best with three or more people.

Something that can make Apples to Apples a bit difficult to win is the differences in personalities among the players. The red card that wins a turn is often based upon the whim of the current judge, who may be literal, humorous, sarcastic, ironic, or witty. Therefore, players have to know the personality of the judge if they are to win.

Apples to Apples has multiple versions, from Disney to the Bible, and has even inspired a game called Cards Against Humanity, which is often quite inappropriate and NSFW. There are also alternate ways of playing, which include matching green cards to red cards instead of the normal red to green. But no matter how you play, this game can create hours of fun. I highly recommend it, especially if you’re hosting a party. 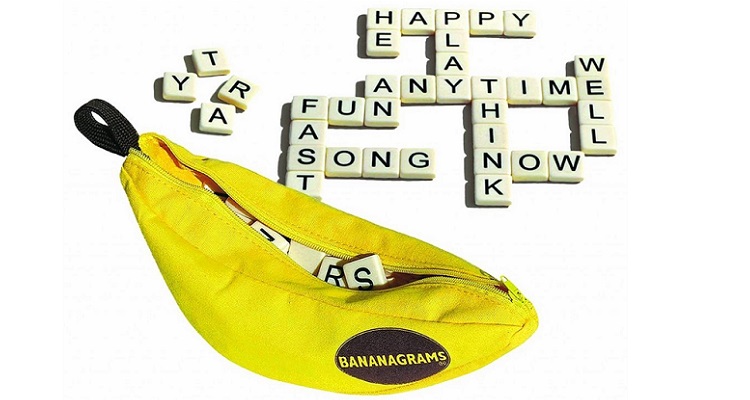 This word game is a game for those with mixed feelings about Scrabble. It takes away the board, puts the letters into a yellow bag, adds a lot of banana-based game terminology, and lets you create your own crossword puzzle. There are no word scores or board constraints. Players merely have to think of words to spell out and connect them crossword-style. It can be quite engrossing and brain-bending. Fortunately, if you can’t figure out a way to use that U-less Q, you can dump it back into the pile of face-down letters and take three new ones.

Bananagrams can be played with two or more people, and is great for family events or reunions with friends. Variations of gameplay can either be found in the included instructions or made up. This game is especially good for those who love crossword puzzles, have a huge vocabulary, or just love words in general. 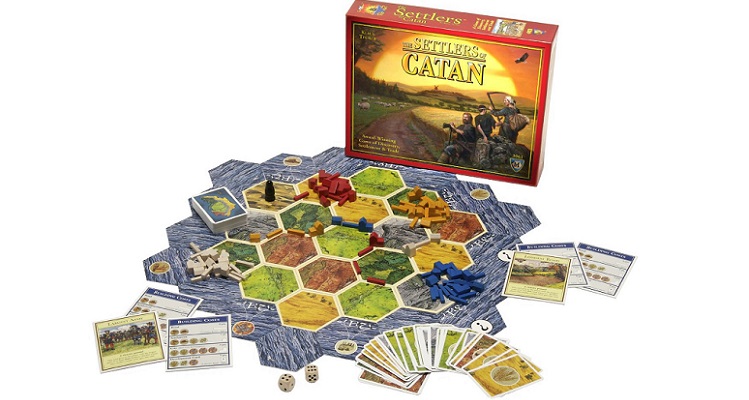 Settlers of Catan is like a combination of Monopoly and Minecraft. The board consists of a bunch of cardboard hexagons put together to form an island on which each player builds little settlements and roads. Each hexagon represents a resource (grain, sheep, wood, ore, and brick) that players need in order to continue building and expanding. Each hexagon is also assigned a number. Players take turns rolling two dice to decide which numbered hexagons will produce resources. Whoever has settlements on the dice-chosen hexagon(s) will then receive whatever resource that hexagon produces. The players then use their resource cards to upgrade their settlements or further their own particular strategy.

To win, a player must earn ten “victory points” based on how they have developed their settlements. But of course, it can’t be that easy. If the dice rolls a seven, the player gets to move a “robber” piece on the board to block a certain resource from being acquired and to steal resource cards from whichever person the player chooses. Also, players can buy “development cards” with their resource cards, some of which give automatic “victory points” or help out with strategizing.

Settlers of Catan is great for using up large quantities of down time (it can last for hours) and can be played with three or more people. It’s an especially good game for careful, strategic thinkers and people who like playing board games like Monopoly. 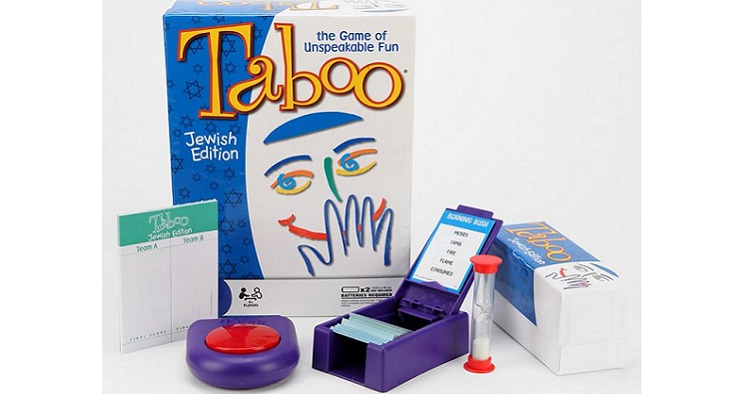 Taboo is like word Charades. Players form two teams and compete with one another (the number of players must be any even number of four or above). The object of the game is to draw word cards and help your teammates guess the word without actually saying the word or any of the similar or related words that are listed on the card. The game is timed and played for points. If a team guesses the right word, that team gets a point, but if the card-holder accidentally says any of the other words on the card, the team loses a point. It can get challenging. Often, the game involves a lot of blurted out word-guessing while the card-holder emphatically shakes his/her head and tries to describe better. Taboo is a lot of fun and is definitely worth a try. 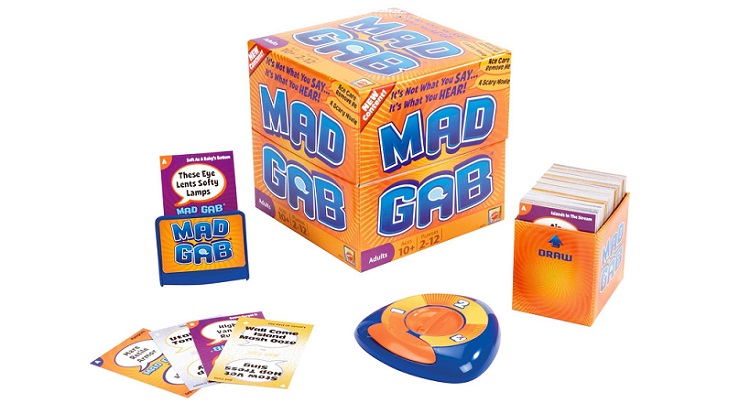 Similar to Taboo, Mad Gab is a phrase-guessing game that anywhere from 2-12 people can play. Each card has four odd-sounding phrases (two on the front, two on the back) that, when said aloud quickly and with varied emphasis, sound like different, meaningful phrases. The correct phrase is written in small print on the other side of the card. The first person to guess the correct phrase wins a point.

Players will definitely have fun sounding out the odd phrases to match the right one. Sounding out is required, as the phrases are designed to be difficult to interpret except by hearing them. Mad Gab can last a short or long time, depending on how long the people involved decide to play.

There you have it! Five games to try out! The world is full of great games, so these are by no means the best or the most well-known. But they are all fun and worth trying out to make your next game night or party a great time. Game on!

Do you like to play any of these games? Did we miss any? You decide!