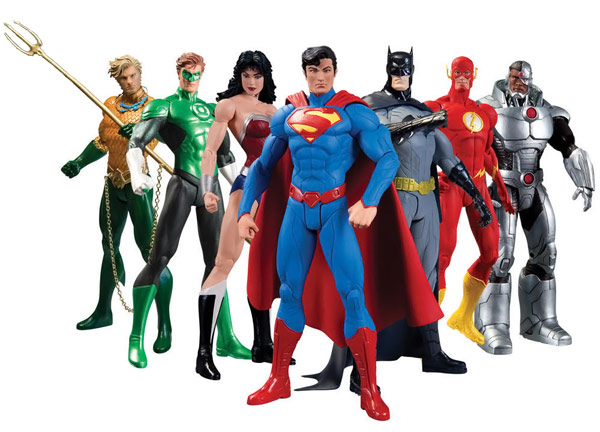 All true fans like to have action figures of their favorite characters. I, for instance, have a Peter Pan collection. I have tons of figurines: Disney’s Peter as well as more traditional Pans. I also have some Hooks, a few Tinkerbells, and one crocodile. Most of my figures are spot-on, Peter is pretty hard to mess up, but I have come across many action figures that look nothing like the character whose image they are supposed to bear. The first one I encountered was in my searches for memorabilia from the movie Hook. Robin Williams, even in his youth, wasn’t the buffest or fittest of men. At 5’7” it is hard to look like a big tough menacing man. When Hook came out, good ol’ Robin was already 40. Of course his character is supposed to be an older Peter, one who left Neverland to grow up. As the movie progresses and Peter gets in touch with his former self, he appears to become younger and happier and more free.

I must have missed the scenes where Peter went to the gym, or worked out, or took steroids. This figurine looks more like Sylvester Stallone from Rambo! 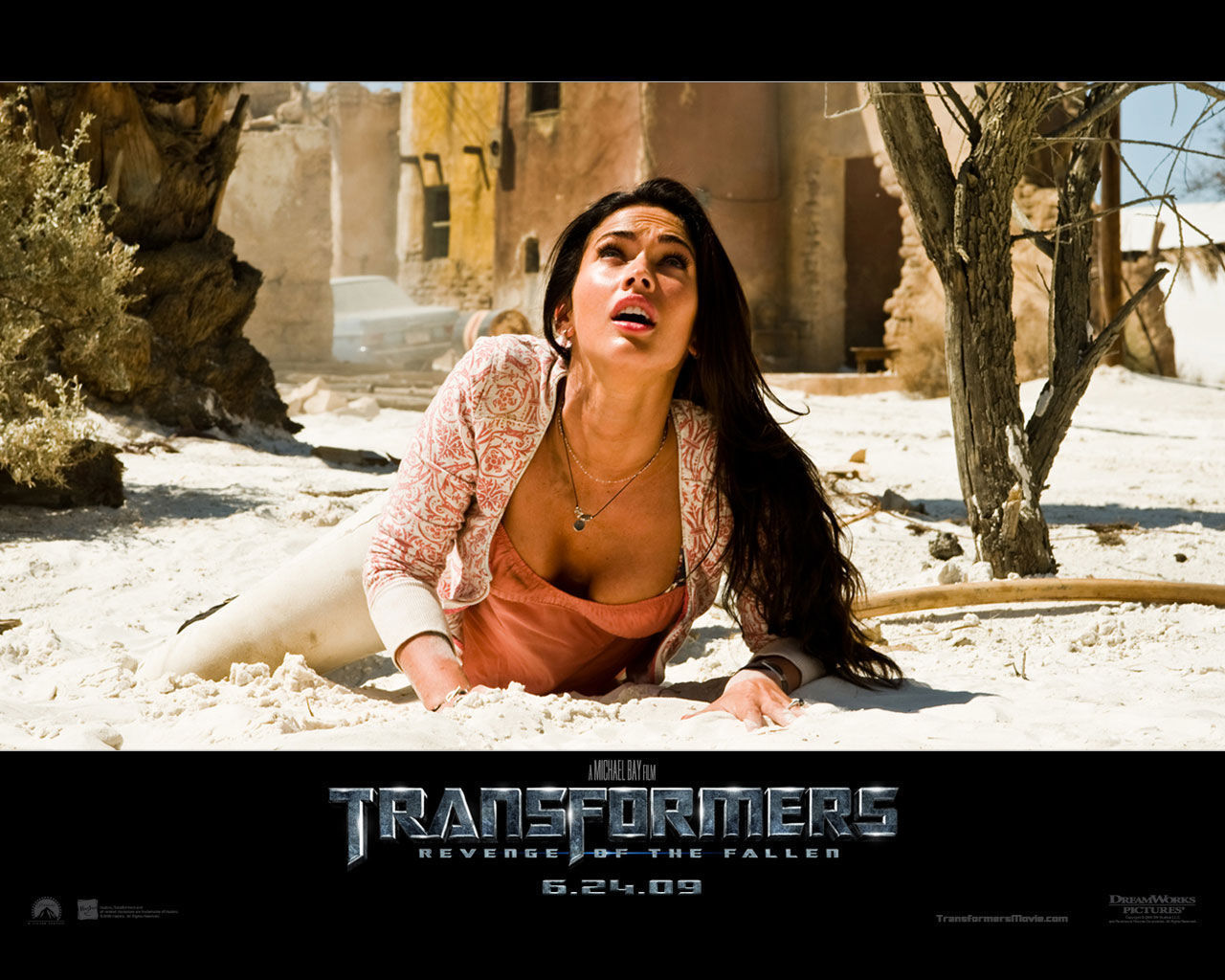 Megan Fox is hot. Watching her run in slow motion wearing that low-cut shirt was enough to bring massive amounts of people to the theater. She’s tough, but she’s tough in a sexy way. Pulling off great stunts while wearing tight white pants that hug her in all the right places. Knee-high boots giving her that country home style feel, yet she was often wielding high tech gadgets to defeat the Decepticons. Her hair constantly tousled in that just rolled out of bed but ready to take you back in to it and ravage you to within an inch of your life look. Any guy would be thrilled to have a little Megan Fox Barbie sitting on his desk or nightstand. Just seeing her plastic breasts barely covered in a little plastic shirt would help anyone get through a long day at the computer. 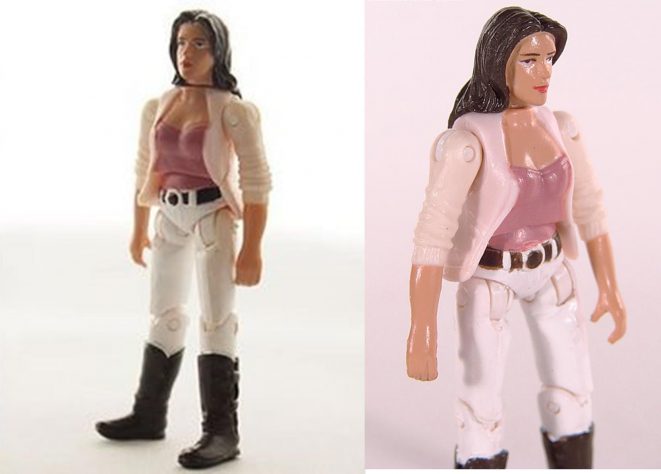 Let’s compare that sexy, full-lipped beauty with the G.I. Joe version that was released to go along with the second Transformers movie. No wonder she backed out of the rest of the films. If they made a doll of me that looked more like a man, I would have been offended as well!

Wayne Knight has pretty much been type-cast as the chubby, bumbling character, usually a bad guy. Even when he voices a character, like in Toy Story 2, his character looks just like the actor himself. He also tends to provide comic relief, mainly due to his voice and laugh. He certainly didn’t do much in the way of fighting off dinosaurs in Jurassic Park. Instead of using any of the new technology on the island, he is often seen eating and doing a lot of sitting.

It’s a bit of a shame, maybe he’s a nice guy in real life, but he’s certainly not thin or slender. Or buff. Nor does his hair look that good. 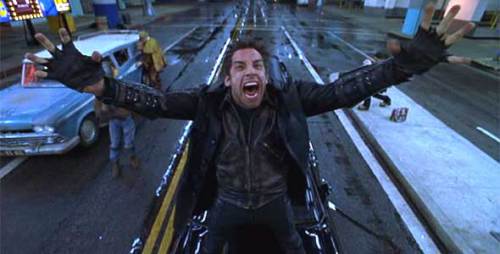 I love Ben Stiller. I think he’s hilarious. I have enjoyed just about every movie he has ever been in…taking Greenberg out of the equation which just wasn’t very good all around. I also think he’s pretty handsome for an older man. He gets type-cast too, but he always does a fantastic job! I can laugh and smile and chuckle along with the same jokes over and over again. Mystery Men is right in line with Ben’s M.O. He is funny, but much of his funniness comes from his character trying to be cool and going way over the top to do so. Each “superhero” has their own arsenal of spy gear, secret weapons, and special abilities, that inevitably never work as intended. 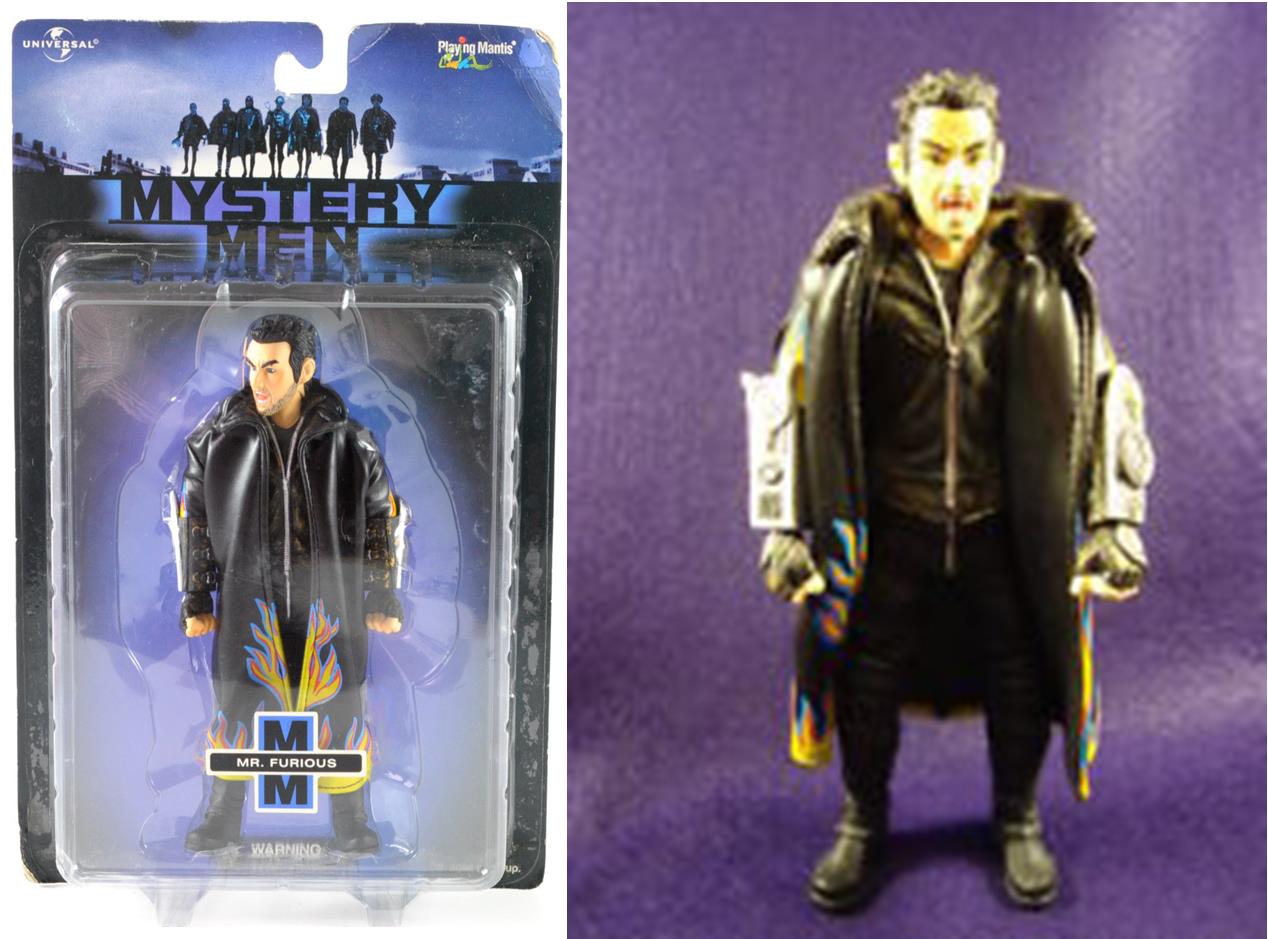 The point of his character was that he was actually not a cool bad-ass, but more of a wannabe. Ben Stiller wishes he could be as cool and as hard core as this action figure! 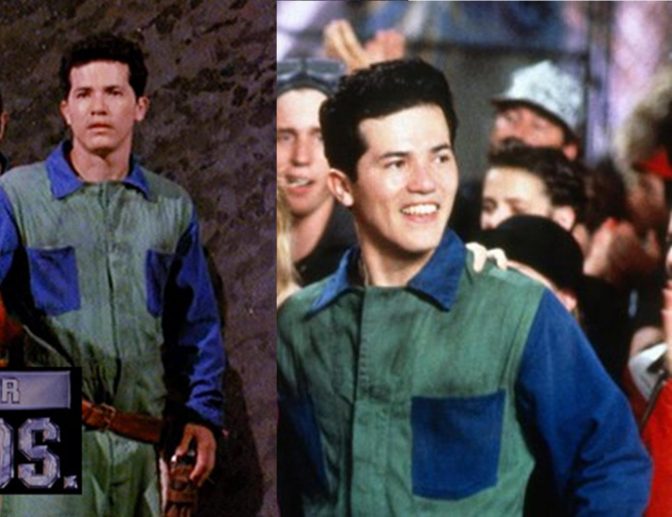 I, personally, have always had a crush on Mr. Leguizamo. Even when he dressed as a lady in To Wong Foo Thanks for Everything, Julie Newman, he still looked sexy. Just shy of 30 years old, he donned Luigi’s signature blue and green for the Super Mario Bros. movie. While he wasn’t in the original suspenders, he still played a pretty convincing character. Luigi is kind of cute, a little funny, and certainly a bit of a goof. He’s supposed to be much skinnier and taller than Mario, a tad on the lanky side, almost the opposite of our short star. 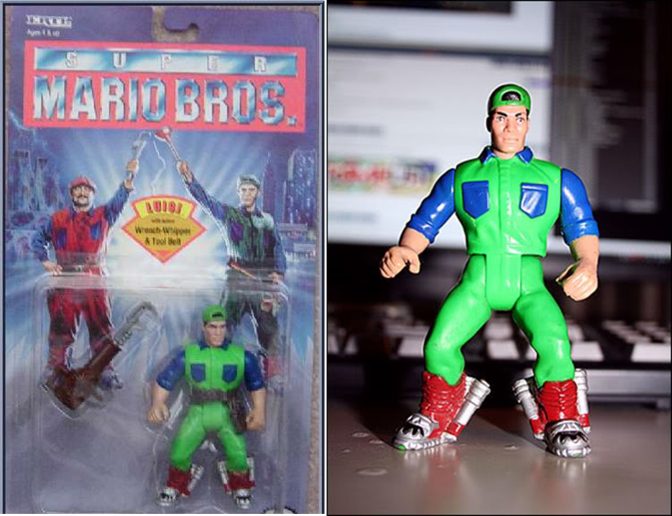 Never in any of the games is Luigi portrayed as a tough, New York street fighter. I certainly don’t remember John Leguizamo taking the character that way either. How they morphed the young, soft face of Luigi into this Hulk type of figure is beyond me.

Have you seen any terrible action figures that don’t come close to depicting their muse? Share with the class, so we can all have another laugh!