4 Things I Learned From Growing Up On The Internet 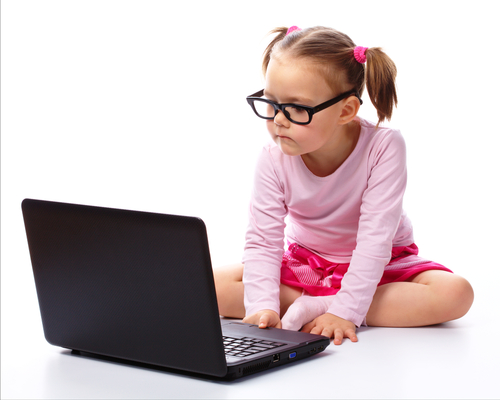 Back when I was in middle school, back before the days of Facebook, I spent all of my free time playing MMOs and posting to online forums until someone hassled me to get off the computer. With excessive computer use becoming more a norm than an exception as the technology spreads to more people, many are quick to warn that this behavior is dangerous for kids. Not only does it contribute to a decline in physical activity in children, but some argue that it also slows down the development of social and life skills. Having devoted my life to this behavior, I decided to compile a list of some of the its more positive consequences.

1.  I Can Entertain Myself

While many of my relatives were concerned that I was missing out on valuable play time with kids my age, I was learning that I could have fun all on my own. Sure, I had some close friends to hang out with, but I was never bored spending time alone, either. And since I could entertain myself, I didn’t always need to be out with other people. This pattern of thinking has proven to benefit me in college, as I can cancel plans to get work done without feeling pangs of guilt or regret when photos from the “BEST NIGHT EVER!” show up on Facebook.

2. I’m Used to Putting Effort into My Friendships

Most kids I knew growing up were only friends with kids who went to the same school. They saw each other every day in class, went to the same after-school clubs, and could walk to each other’s houses on the weekend. When I began to forge a few virtual friendships, it quickly occurred to me how much more effort you have to put in when you don’t see those friends every day in the halls. Maintaining friendships with people solely through digital means was excellent preparation from moving away from my high school friends after graduation. After getting close to someone solely through instant messages in emails, having to rely on Skype for a few months of college before reuniting during breaks was not such a big deal.

3. I Know How to Conduct Myself Online

One thing I noticed when all of my classmates began to join Facebook was that it took a few months (or sometimes years) for people to not only grasp how to use social media, but also how to behave on it. Those many years spent navigating forums, forever paranoid that something I said or did could be traced back to my name or address somehow and put me in danger, have helped me form a habit of thinking before I post something online. Unfortunately, so many young people have to make life-altering mistakes of this sort before learning that lesson.

Another advantage of getting a “head start” on blogging, online communication, and social media as a pre-teen was that I had spent a year or two posting religiously to a long-dead blogspot account before anyone I knew had even joined Facebook. By the time I was introduced to “modern” blogging platforms and social media, I knew which things were worth posting and which should just be kept to myself. Otherwise, I may have easily fallen into the trap of posting status updates or tweeting constantly and then being embarrassed of myself later — and believe me, the things I have posted are embarrassing enough.

Gaming on a Budget