3 Things To Learn From “Going to Space to Benefit Earth” 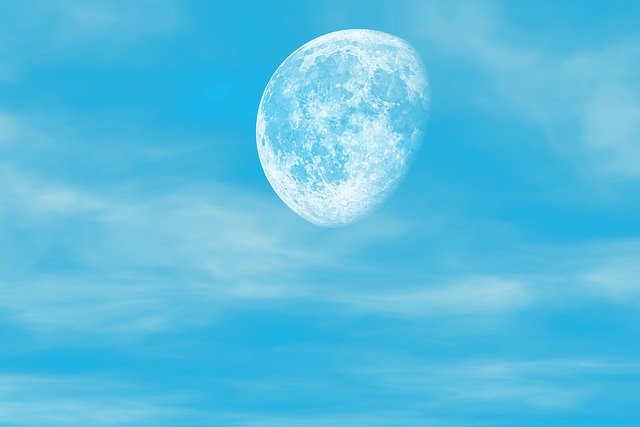 A young Bezos said, “space is finite, and if the world economy and population is to keep expanding, space is the only way to go.” The fact is that the only thing that has changed since Bezos said this in high school is that we see signs of scarcity in resources, seemingly more extreme weather-related events, and a growing population. Shortages seem to be increasing from a perception standpoint and a genuinely real perspective. A perceived pandemic toilet paper shortage is nothing compared to a persistent essential resource shortage.

The most concerning is likely water shortages in areas such as Chennai, California, and other places in the world as they are glaring problems today.

The second concerning issue is that the growing consumption of our energy resources. Did you know that those in the developed world use more than 9,000 watts of power? More countries will progress to this stage as they pursue similar strategies of dynamism and growth.

Think about the massive energy consumption that will occur when a large portion of countries start to use as much energy as the developed world. If the constant is a certain rise in energy and water use, then we have two options, think scarcity and austerity, or continue to enjoy our current quality of life and find ways to expand our resource base.

The former path of austerity is scary; life gets really wild when you’re living in scarcity mode. A general scarcity in resources creates strife, contention, and overall value destruction. The issue is that the Earth is the best planet that we know of today, but it is slowly becoming uninhabitable. If we continue on the same path we are today, we implement stasis and rationing, and future generations would have a lower quality of lives.

Thankfully, dynamism and growth is still an option that’s on the table as the solar system has substantial resources.

Here are a few critical points from the Going to Space to Benefit Earth event.

Dynamism and Growth through the Solar System

The first point you would look at is if it is feasible to live on another planet.

Scientists looked into it and found that there’s possibilities, but it would take significant adjustment. They pose problems because of orbits, time delays, launch challenges, and other factors. There’s problems of establishing a presence on those planets and then that of actually living there. For instance, can we adjust to their gravity or lack thereof?

There’s much work involved in this process of living on another planet.

There’s another solution; manufactured space environments, think about it like its the International Space Station but many orders of magnitude bigger. Such constructed environments would house at least a million people.

One compelling idea here is that we as a species would take heavy industry off the Earth and conduct it in the solar system, leaving Earth for light industry and general living.

Of course, such a large vision necessitates significant action from entrepreneurs of all kinds. But therein lies yet another problem, getting into space is expensive. Don’t believe me? Ask the people over at Virgin Galactic. It costs at least $250,000 to reserve a seat on a short trip to meet the Karman Line. That’s to be a day tourist barely leaving earth.

How expensive would it be to create the necessary equipment to handle the external atmosphere if it costs $250,000 for a few minutes close to outer space.

That’s the first step, building an infrastructure to enable creative minds to create further solutions and stepping stones. A proper space infrastructure would mean that there’s ease of entry to space through cost-effective launches and then the practice of utilizing in space resources.

Choose the Moon over Mars

Here are the reasons you want to prefer the moon over mars.

What Stays Constant Over the Next Decade?

Thinking about what stays constant over the next decade allows you to create sustainable plans around it and succeed. Bezos notes that Amazon knows that it needs logistics, quicker delivery, improved customer success, more extensive selections, and lower-priced products.

A certainty over the next few decades is that energy consumption will go up.

Our problems will be more nuanced and sophisticated, and we can innovate and create solutions to these issues. But we’ll have to act today and start implementing an infrastructure for the needs of tomorrow. Sure, one aspect is efficiency, but the main one is integrating solutions that focus on the expansion of resources through the utilization of the solar system.

These are just a few of the main points present in the Going to Space to Benefit Earth event.

Going to Space to Benefit the Earth