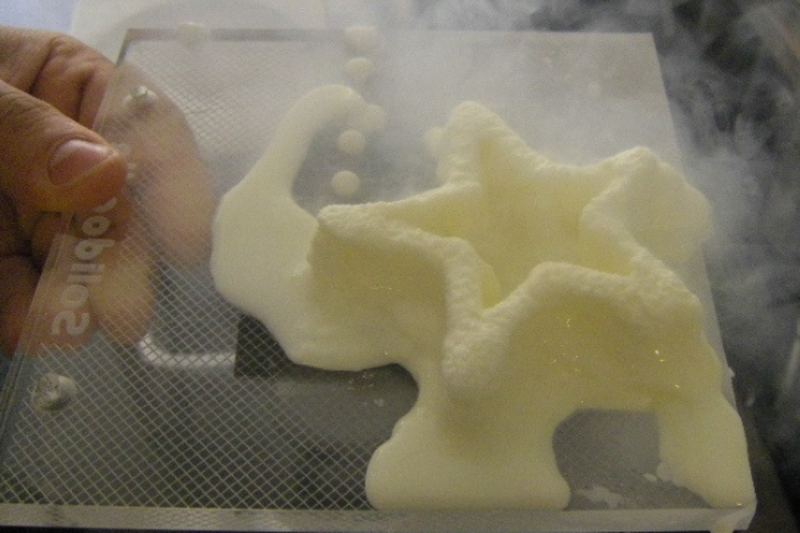 3D printing technology has been used to create pretty amazing things, from cute phone cases to anatomically correct cadavers and surgical implants to shocking art. Since yesterday however, the world of 3D printing just got ten times sweeter, thanks to three students from MIT. 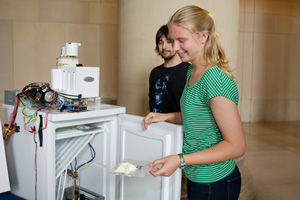 Kyle Hounsell, Kristine Bunker, and David Donghyun Kim – all currently attending the esteemed institution – have successfully created a unique machine that can now make very edible, very delicious 3D-printed ice cream within a mere matter of, more or less, 15 minutes. The best part? This super cool (pun intended) device can print the ice cream in any shape you want! Pikachu, I choose you!

So HOW did they do it?

I’m a little too dumb to understand it, but this 3D-printed ice cream maker was created by using “the principals of a fused deposition model printer”. 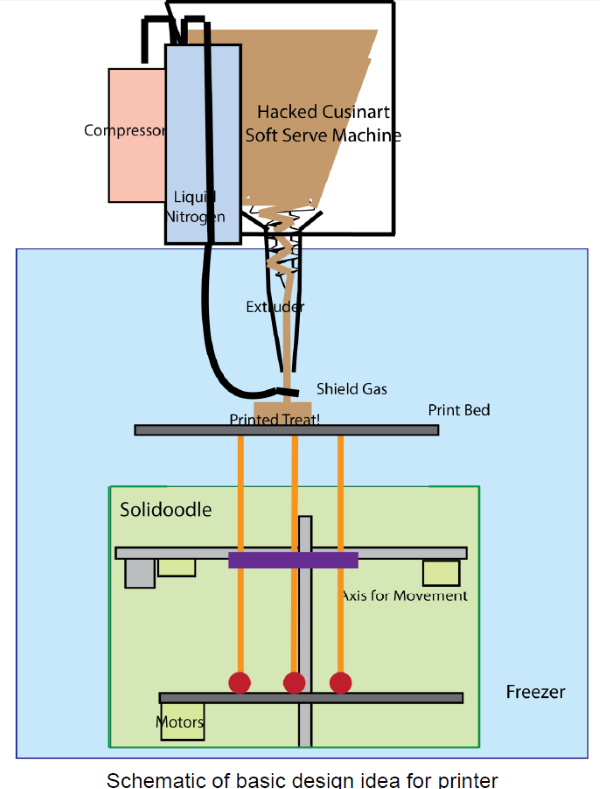 Basically, the device is an ingeniously crafted combination of a modified Solidoodle 3D printer and a Cuisinart ice cream maker. The trio put a 3D printer inside an upright freezer, removing and relocating the print bed so that the ice cream nozzle and cryogen line could move well enough to enable the “printing” process. They had to fit in a temperature control system to maintain the extruder nozzle temperature so the soft serve wouldn’t melt while printing. Then the extruder head had to be replaced to enable vertical movement and a separate system was built just to spray out liquid nitrogen. This made sure that their ice cream would retain its shape as it got printed. As they explained, they had to try using several different types and sizes of nozzle before finally settling on the right one so that the ice-cream could be printed out in well-formed shapes without melting and the people desperately standing in line to taste it wouldn’t lose interest either.

Currently, the machine prints a 3mm layer height of real ice cream at a speed of 16mm per second. 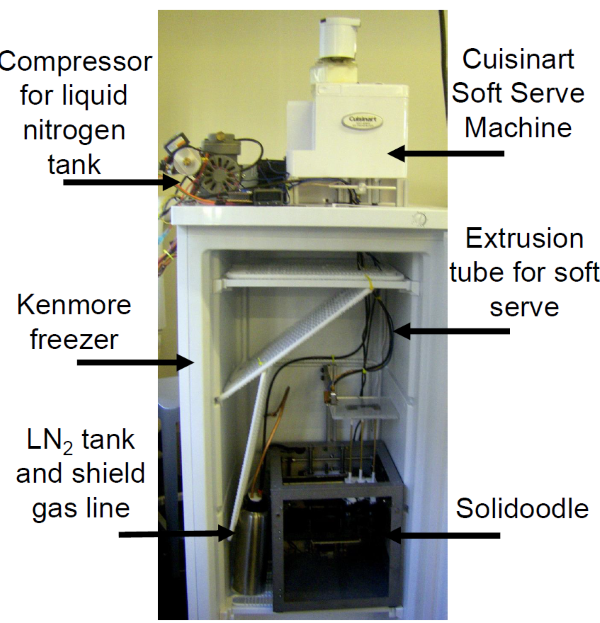 Despite making sure that potential “customers” don’t get bored by waiting too long to see their shapely ice cream printed, the trio claim that they did not fashion this machine in hopes of replacing existing technology. This is just “a way to interest children in technology,” they said.

3D printing food is after all, not a new idea, and we’ve had people make 3D-printed pizzas, fruit, chocolate, and sugar sculptures already. Designed as part of a project for a graduate class in additive processing then, the team does not believe that their machine will revolutionize the ice-cream industry (or alleviate poverty) either and haven’t revealed much about commercializing their creation. In a conversation with 3ders.org, Bunkers explained:

“We were inspired to design this printer because we wanted to make something fun with this up and coming technology in a way that we could grab the attention of kids. We felt that it was just as important to come up with a new technology as it was to interest the younger generation in pursuing science and technology so we can continue pushing the limits of what is possible.”

The students did add, however, that they “imagine this technology being marketable in ice cream parlors such as Dairy Queen where customers can order an ice cream treat, wait 15 minutes, and see the shape they chose be created.” I totally agree.

Yes, the printer probably needs more refinement. Yes, it’s not the most practical thing in the world either. But if I had 15 minutes to spare on a hot summer day like today, would I walk into an ice-cream parlor for a star-shaped ice cream treat? You bet I would! 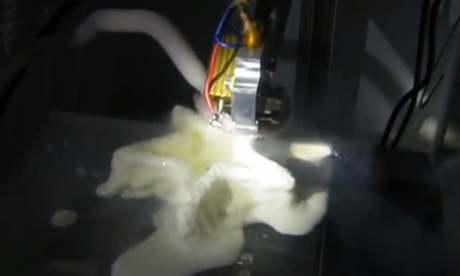