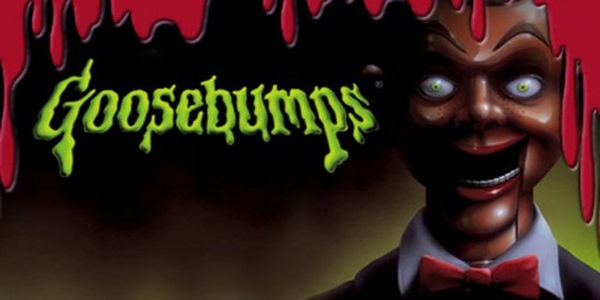 Let’s look at the undoubtedly disappointed line-up we have to look forward to:

Honestly, Paranormal Activity and Paranormal Activity 2, were pretty decent. They scored 83% and 58% on Rotten Tomatoes respectively. The first two told the story of a family afflicted by the attentions of a demon that possesses people and just wants to start a family… by stealing a baby. However, after that, the series plummeted. Each movie relied on jump scares and the angles allowed by hand-held cameras to try and scare the audience. Each movie ended up being more stale and boring than the last. This newest addition will follow a family as they are – surprise, surprise – haunted by a ghost. Will it be found footage style? Undoubtedly. Will it be lame? Most certainly. Will it scare viewers? Don’t make me laugh.

The Woman in Black: Angel of Death

The original The Woman in Black starred Daniel Radcliffe and scored a measly 66% on Rotten Tomatoes. While the movie didn’t try for the gore factor, it also was a massive disappointment in the chills factor. Radcliffe was supposed to be a grieving widow (he looked like he got married at 16, jeez) and spends a lot of the two hour film wandering around gothic environments, investigating strange sounds. Instead of building up tension, the movie dragged on into the territory of boredom.

It’s doubtful if the sequel will be any more interesting. The movie is going to star Jeremy Irvine, Helen McCrory, Phoebe Fox, and Amelia Pidgeon. It revolves around a bunch of orphans who are forced to move into that obviously haunted house of a known child killer. Then the caretakers start noticing those same mysterious noises. Audiences are sure to enjoy regular screaming and crying from the child stars while the adults run around disbelieving the existence of the woman in black. Definitely a must not see.

The very first Insidious was actually ¾ awesome, it only got 66% on Rotten Tomatoes though. The ending lacked power but the beginning more than made up for it. It had suspense, it had a huge creep factor, and eeriness to boot. Then the second one dropped the ball and ended up more like a thriller than a horror. This showed in the rating it got on Rotten Tomatoes: a pathetic 38%. We already knew the dad was possessed, we already knew that they’d have to figure out how to save him and that the kid would probably have to use his mind powers to do it. The end. Except it wasn’t the end, apparently there a third chapter (more of a prequel actually). Now, I really want this to be a good movie. I really do. But I have my doubts after the second one.

With a 63% rating, Sinister was seriously underappreciated. It stars a writer who moves into a new house. He finds a box of home movies and starts watching them, learning all about the house’s dark history as his family starts to experience some pretty scary stuff. The second one seems to be the original just with a different family. The story is about a single mom and her twin sons moving to a haunted house and then stuff gets weird. Sound familiar? I understand that there are only so many plots in the horror industry but you’d think they would try a little harder. I find it doubtful that this movie will even be a little scary.

Now I know that 2015 looks pretty dismal when it comes to horror films but there is a light at the end of the tunnel. Not exactly a horror movie, more of a campy comedy, eager audiences can look for to the one and only, awesome Goosebumps movie. I don’t care what anyone says, this is going to be one movie I am willing to buy an overpriced theater ticket for. It will even be starring Jack Black. R. L. Stine has been the king of horror (in book and TV show form) for many of the adults of today. There’s no reason not to think that this new movie won’t hit you in the face with a healthy whack of nostalgia. You can look forward to its release in August of this year.