10 Ways to Tell If You’re a Hardcore WoW Fan 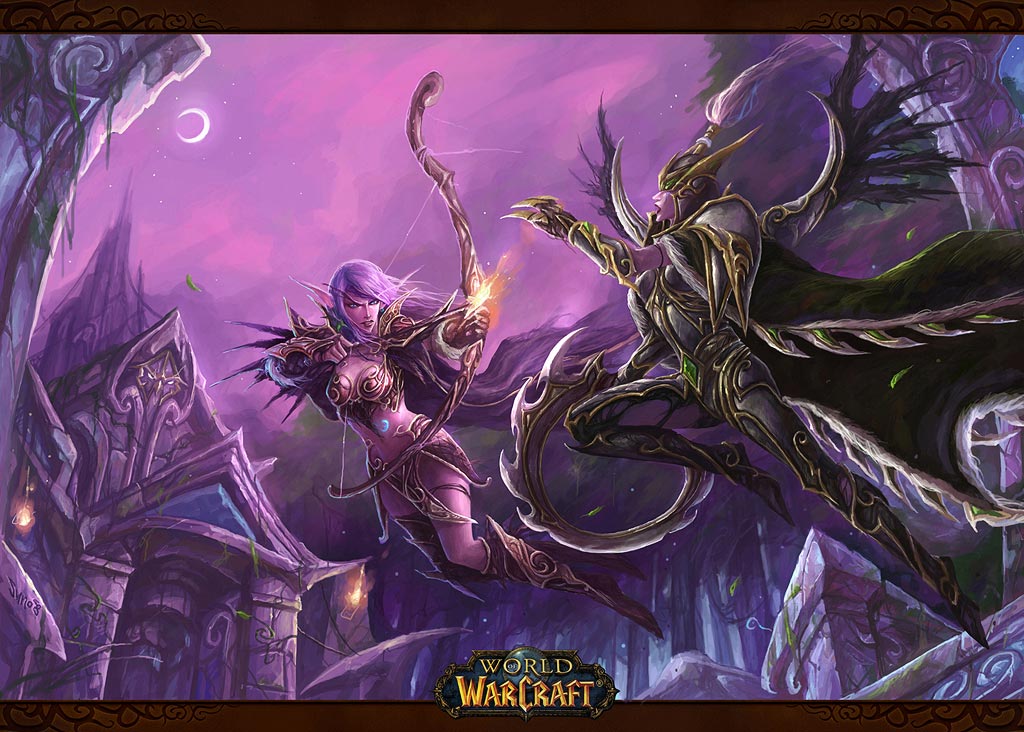 Almost everybody has played World of Warcraft, at least once. Just to see what all the fuss was about. A trial version is available for free on the website, to give you a feel for the game before paying to join. Most people that play once are hooked for life. But how do you tell the difference between a simple player and a hardcore fan? There are signs.

During the day, instead of thinking about what you want to eat for dinner, or how long you’re going to let your dog outside before bringing him in, you think about Warcraft. You don’t just think about it as an abstract concept, but you are constantly planning just what you need to do as soon as you log on. You know what weapons you need to use, where you need to go, and just exactly what you need to do so you can Level Up. As soon as you get home, or log back on after a shower or bathroom break, you can carry out your well-thought-out plan flawlessly.

You turn off the computer and stop playing every once in a while to curl up on the couch with a good book. There are hundreds of novels out there about Warcraft. No, I don’t mean guidebooks or strategy tips, I mean one hundred percent fiction stories set in different worlds and featuring different types of characters. There are about as many different authors as there are stories, so there are a variety of writing styles to experience. I’ve read several of the books, all by different authors, and I haven’t been disappointed yet.

You put your loyalty to Warcraft on display for all to see. You are not ashamed of your love for WoW, and are proud to show it off. I recently saw a picture of a sports car that was painted black with red racing strips down the middle. Across the bumper was written, “Lok’tar Ogar!” Which every hardcore fan will recognize right away as a battle cry meaning, “Victory of Death!”

A real hardcore fan will notice any errors in the game. A few years ago, a super fan called the creators out for an error in the storyline. Blizzard not only fixed the error, but created a new character inspired by the fan: Wildhammer Fact Checker. Wildhammer can be found in the Cataclysm expansion.

You put your online friends first, always. If your real-life friends are going out to the bars or having a party, but you are meant to meet your Warcraft league for a battle or challenge on a specified night, you choose WoW. You don’t want to be the next Leeroy Jenkins and lead your friends into a massacre by not being where you’re supposed to be, when you’re supposed to be there.

4. Completion (but not really…)

You’ve completed the game. Several times. At least, it feels that way. However, just because your toon has reached max level, doesn’t mean there isn’t still work to do. You know you’re hardcore if you’re waiting around for the next raid or dungeon, or if you’re busy completing your dailies or mining quotas.

A true fan saves up and attends this end all, be all event. At least once, because I know tickets can be quite pricey. A hardcore fan does not just attend, but attends in costume. And not one of those crappy packaged from Party City costumes, but a custom-made, hand-crafted costume that was put together over many hours.

You write (and read) Warcraft fan fiction. I realize reading other fan fiction is a bit like reading the novels, but there is a difference. The novels were written by someone who may, or may not, play Warcraft, and were made for a profit. Fan fiction is written by true fans, about things and characters near and dear to their hearts, just for the love of the game. Hardcore fans write their own stories, whether they are actually good quality or not is beside the point

Warcraft requires use of the mouse and many keys on the keyboard for an optimum experience. Typically, this requires two hands. If you play WoW as often as a hardcore fan, you know how to multitask. You can continue your game with one hand, while using your other hand to carry out necessary tasks, such as scratching itches, dabbing sweat from your brow, bringing food to your mouth, texting, etc.