The 10 Most Memorable RPG Ice Caves 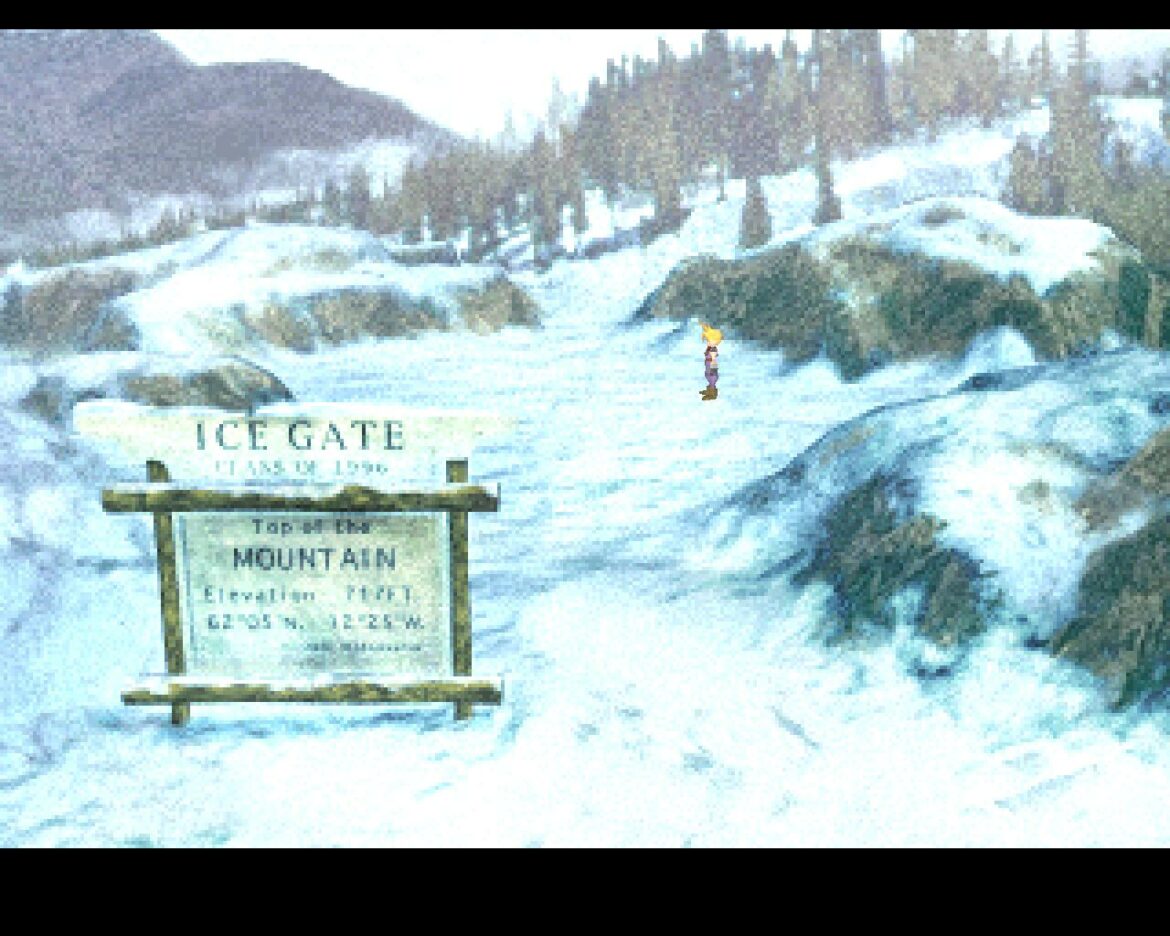 The recent harsh winters in the US might have left some of us shivering at the thought of them, but some of the most memorable video game moments are the ones where we have to go spelunking through shiny, cold ice caves. Since the Super Famicom launched in 1983, games of all genres have been using ice levels to add variety to the environments players must overcome. This article will focus on RPG ice caves in particular, although it should be noted that some of these games are more action than role-playing, and that some of these levels are more palace or mountain than cave. 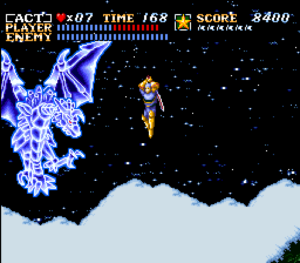 Most designers will use an ice cave as a point to employ new “rules” for gameplay; whether this means less traction on the floor, hazardous temperatures, or trudging through deep snow depends on the game. ActRaiser took advantage of Northwall’s cold temperatures by requiring players to use the sun to melt the snow and ice around the area.

This actually works really well in narrative terms. Because Northwall is the last area players have to liberate, melting the wintry stuff reveals the source of the evil besieging the land. This discovery allows players to progress into the final dungeon.

The simulation screen in ActRaiser isn’t much to look at, and Northwall’s sim is no exception. The two action levels in Northwall are truly gorgeous–for a 1990 SNES title, that is. Since ActRaiser is the oldest game on this list, you know we have bigger and better RPG ice caves to come. 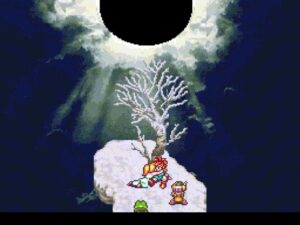 Crono revived at the top of Death Peak.

Players became well-acquainted with Death Peak when Chrono Trigger dropped in 1995. It’s no surprise this RPG ice cave has been stuck in players’ craws. After all, the area is part of arguably the most important quest in the game: Crono’s resurrection ritual.

We’re first warned about it early in the game, when we travel to 2300 A.D. Generally, players know that being warned about an area in an RPG means one of two things: either 1) the area should be explored and conquered immediately, or 2) everything there will kill the party in one hit at this point in the game.

When we first visit 2300 A.D., however, Death Peak is neither of these things. Instead, it is simply unscalable. Without the help of items received much later in the game, players find themselves literally blown off the mountain. For obsessive, gotta-do-it-all types, Death Peak constituted a frustrating mystery in need of solving. At the end of the day, though, we’re all thankful Chrono Trigger saved Death Peak for one of the most rewarding quests in the game. 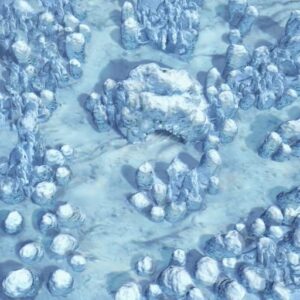 A map of the Great Glacier area.

Final Fantasy VII‘s Great Glacier might very well be the largest of all the RPG ice caves on this list. It’s also one of the most important areas in the game, as trekking through it is required to encounter Sephiroth on two different occasions.

The Great Glacier employs one of the most iconic RPG ice caves tropes: temperature hazards. Players can explore the main Great Glacier area for materia and other loot, but the party may only spend a limited amount of time in the cold before Cloud faints and wakes up in Mr. Holzoff’s hut. And on Gaea’s Cliff, the next area in the narrative, a thermometer in the corner of the screen forces players to progress slowly and to stop periodically to warm themselves up.

This area is also home to one of Final Fantasy VII‘s best exploits: the infinite elixir glitch. Most of the items in the Great Glacier can be picked up to a player’s contentment, but the elixir is by far the most practically valuable. 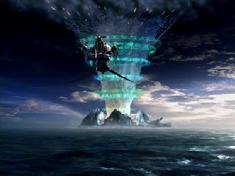 Okay, so the Shimmering Island isn’t a cave. It isn’t really even an area that you’d want to explore. Situated on Final Fantasy IX‘s frozen Lost Continent, this Shimmering Island is tiny, and, for most of the game, you can’t do anything with it. It’s sort of like Death Peak, without the mystery.

What the Shimmering Island is, however, is a portal to the game’s second planet: Terra. It is in this ancient place that the party learns Zidane’s origin story and discovers Kuja’s true mission.

In short, Final Fantasy IX‘s Shimmering Island may not be the iciest or caviest of the RPG ice caves on this list, but we’re pretty sure players have had a hard time forgetting such a pivotal gateway over the years.

Legend of Zelda: A Link to the Past – Ice Cave 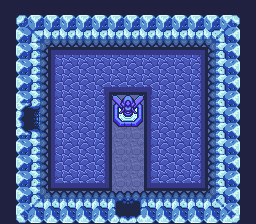 The Ice Cave can only be accessed in A Link to the Past‘s Dark World, where Lake Hylia is frozen over. This isn’t the ice dungeon; that would be the Ice Palace you’re thinking of. Rather, the Ice Cave is the only place where the Good Bee may be found.

The Good Bee, known as the Golden Bee in the Game Boy Advance port, is a more faithful version of the standard Bee weapon. After being deployed, the Good Bee may be re-caught and used again. In the event players are not able to re-catch it, they may return to the Ice Cave for another. Additionally, in the GBA version, players may sell the Golden Bee to a vendor, from whom they may buy more Golden Bees from then on.

A Link to the Past was the first game in the Zelda franchise to feature an ice-based area. While the Ice Cave may not be a challenging dungeon like the other RPG ice caves on this list, being the source of a somewhat legendary weapon more than earns it a spot here. 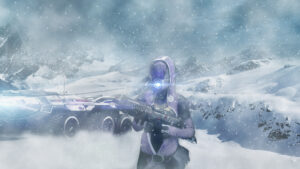 Along with Feros and Virmire, Noveria is one of the three major planets in Mass Effect, each of which has an associated completion achievement or trophy. Again, we’re playing kind of fast and loose with what makes an RPG ice cave an RPG ice cave.

Although Noveria isn’t a traditional ice level, it does adhere to one of the major RPG ice cave tropes. Remaining outside the Mako for too long on Noveria will result in devastating health loss for the party.

Most importantly, Noveria serves as the scene for one of the most climactic battles in the game: the confrontation with Matriarch Benezia. After the battle, players must also make a critical decision regarding the rachni’s fate. These scenes, and everything that follows them, make Noveria one of the most memorable RPG ice caves.

The beautiful environment of Winterhorn Ridge.

Winterhorn Ridge might be the most beautiful entry on this list. Odin Sphere sported some of the most gorgeous graphics the PlayStation 2 had to offer. This comes as no surprise; the game dropped in 2007, only a few months before fellow list-pick Mass Effect.

Like many of the RPG ice caves on this list, Winterhorn Ridge required players to take precautions against its damaging cold; both Warmer potions and the Iceproof Charm protected players’ health from depleting. This made progress through the area frenetic, as players raced against the clock to beat the level before the cold began to suck the life out of them.

With beautiful hand-drawn graphics and a boss fight against a giant dragon king, Odin Sphere‘s Winterhorn Ridge is gorgeously memorable, and might possibly be one of the best-executed RPG ice caves of all time. 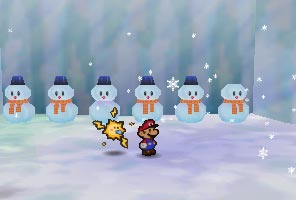 Mario and Watt with the strange snowmen.

The Shiver Mountain area in Paper Mario is pretty mild compared to the other entries on this list. It’s pretty sizable, but you won’t take damage from the cold, the enemies aren’t too particularly difficult, and there aren’t really any boss fights here. In fact, the most menacing thing about Shiver Mountain is the puzzle players must solve to gain access, which involves a row of strange snowmen.

So why is Shiver Mountain one of the most memorable RPG ice caves?

Because it’s here that you get the last Super Block, allowing you to max out your party members’ levels. We’ve talked about important items before–remember the Good Bee?–but power-leveling is almost more important than a good blaster at your side, kid. 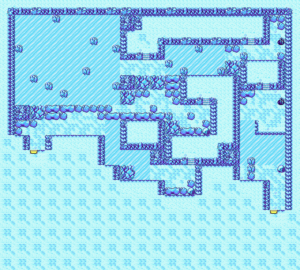 The Ice Path’s hardest puzzle is in the top-left corner of the map.

While other games have featured low traction on icy surfaces, Pokemon Gold, Silver, and Crystal took this one step further by giving players no friction whatsoever on the slick patches in the Ice Path. The only way to change directions on an icy patch is to stop, and the only way to stop is to slide into an unmovable object: namely, a rock.

Progression through the first and last thirds of the Ice Path is straightforward. But the bruised and battered players who made it through this RPG ice cave have likely never forgotten the sequence of moves required to navigate its most difficult puzzle, located in the top-left corner of the map.

The Ice Path isn’t the only example of skating puzzles in the Pokemon franchise. Over the years, many ice-type gyms have featured these same challenges as part of the process of gaining new badges. But its 12-move main puzzle has seared itself into our memory banks forever.

Tales of Destiny – The Frozen River 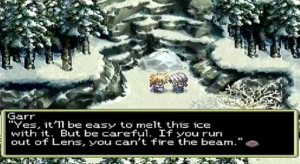 The Frozen River is only accessible once the player has melted the ice blocking the path.

The last of our RPG ice caves comes from the 1997 release, Tales of Destiny. The Tales franchise often gets overlooked, but its Frozen River combines many of the best ice-related challenges we’ve seen into a fun–if somewhat straightforward–level.

Starting things off is the ice blocking the path to the Frozen River. Players must use a new tool to melt this ice and enter the path–just like they use the sun’s energy in Northwall. Once the party steps onto the Frozen River’s surface, they can’t stop until they hit something in their path–just like on the Ice Path. And without wearing the Fur Cape accessory, party members will lose health rapidly–just like in the Great Glacier, Noveria, and Winterhorn Ridge.

Did we leave out any of your favorite RPG ice caves? Let us know by commenting below!