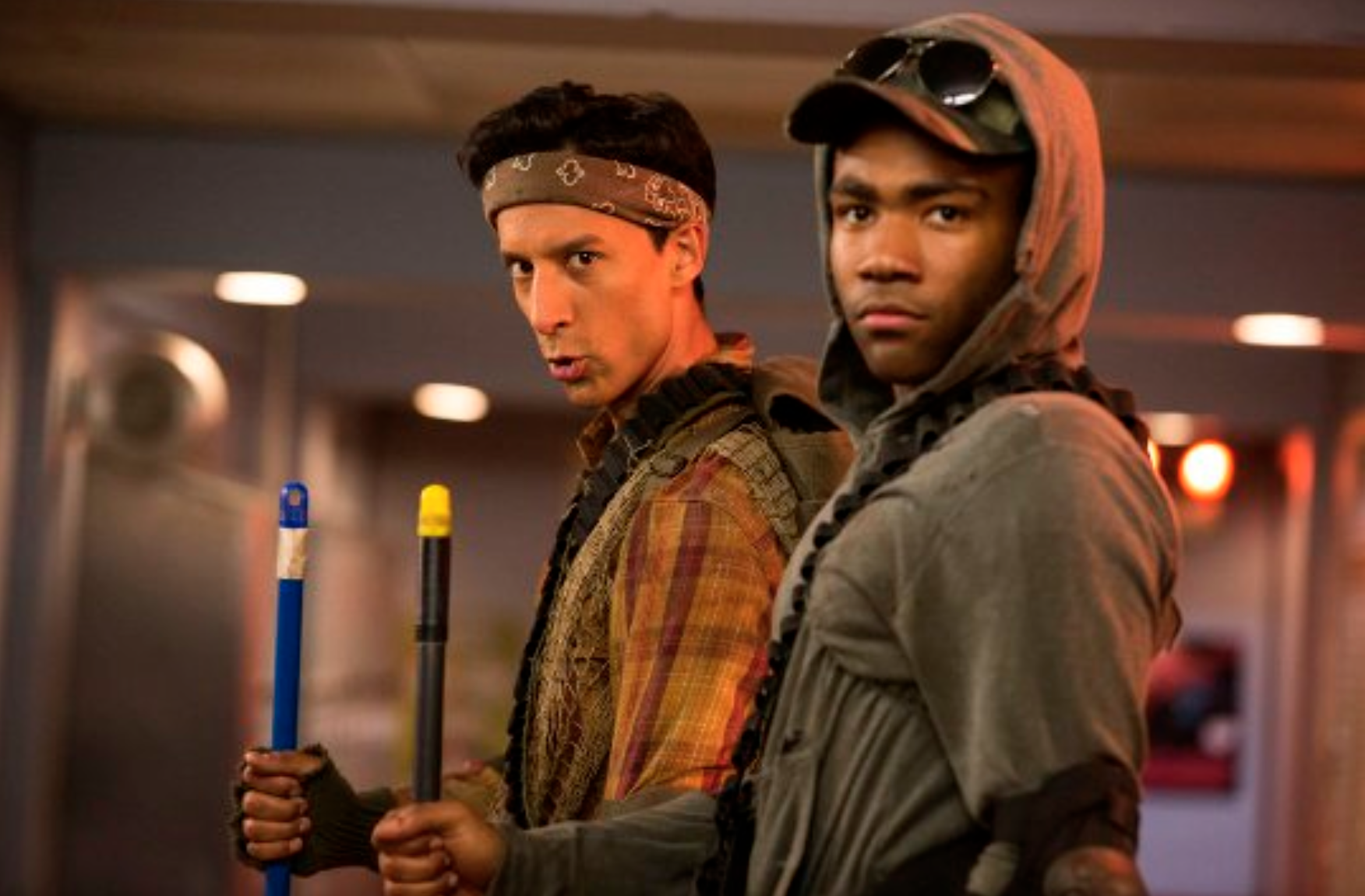 It finally happened folks: Troy Barnes of NBC’s Community has left the study group for good. I always knew it would be hard, but never imagined just how satisfying Troy and Abed’s friendship finale could be. Dan Harmon has truly outdone himself here with a throwback to the paintball assassin games of Seasons 1 and 2 — this time with hot lava — and created a more than fitting tribute to the guy who ate Pierce’s ghost.

If you’re prepared to relive the feelings (trust me you’re not), keep reading for a countdown of the 10 most emotional moments from Troy’s farewell episode. Each has been scientifically rated on my Scale of Emoshuns to measure the effect on the human heart and tear ducts.

10. “I don’t want us to waste our chance to acknowledge how much we’re gonna miss you.” 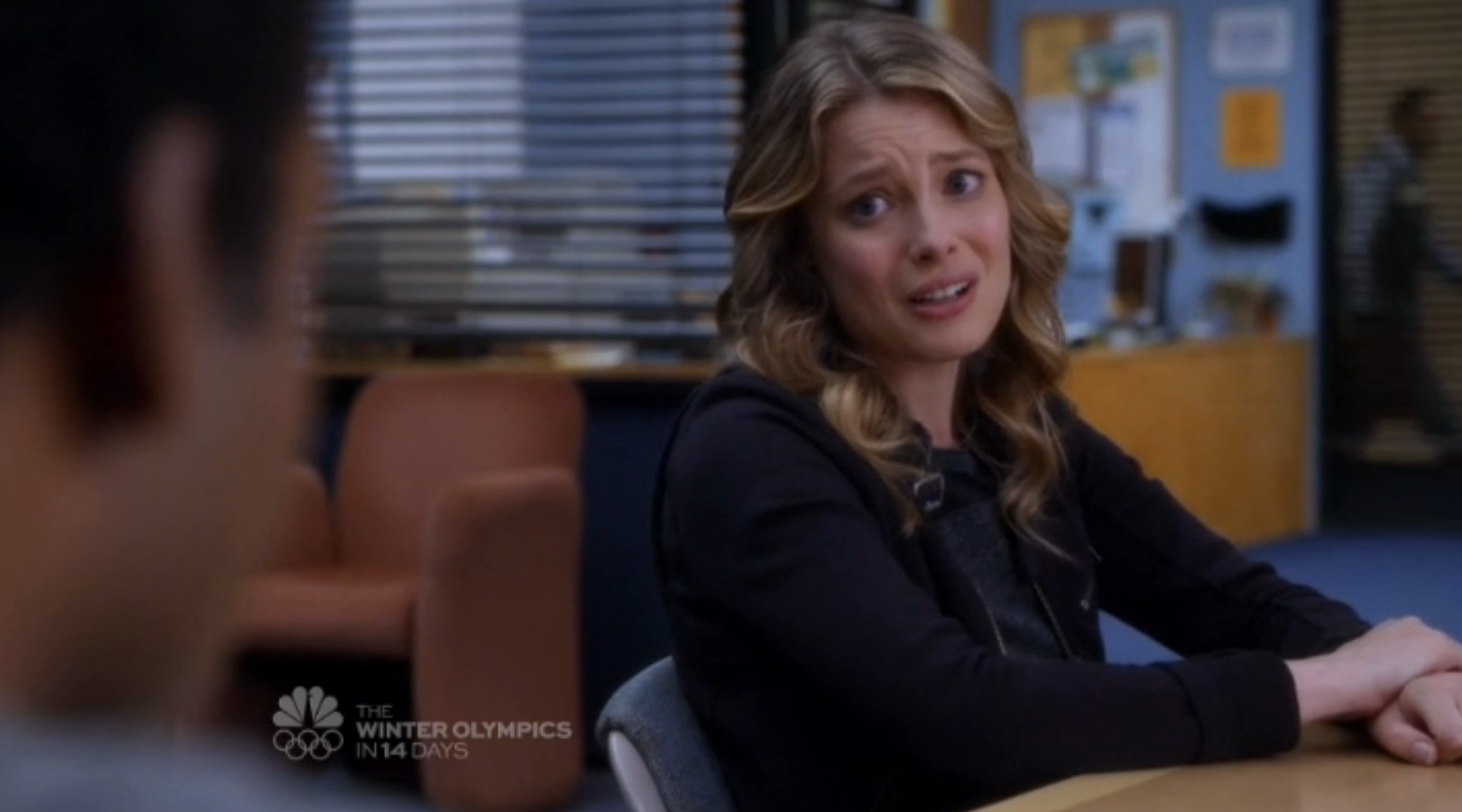 Britta threatens to Britta my grief with her faux clinical analysis, but in a twist of fate hits surprisingly close to the feels and creates a beautiful tender moment to kick off the episode.

Emoshun Level: Thin film of tears across the eyeballs that is reminiscent of starry-eyed Dot in Wacko’s Wish. It’s on Youtube okay…PARTS 1-10 BABY, CANCEL ALL YOUR PLANS (or just keep not having any).

9. “Troy and Abed in a buuuuuuuubble.” 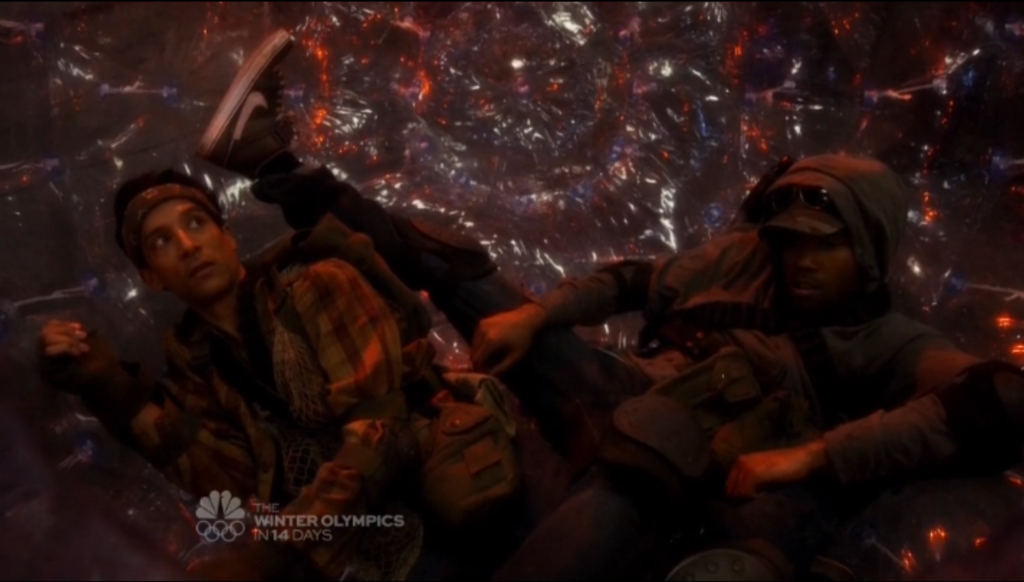 Flashback to the greatest talk show that was never committed to film and one supremely well-played “morning” pun.

Emoshun Level: Akin to the happy strangled sob induced by the Harry Potter epilogue or finding half a chocolate bar in your pocket after you’ve stubbed your toe really hard. 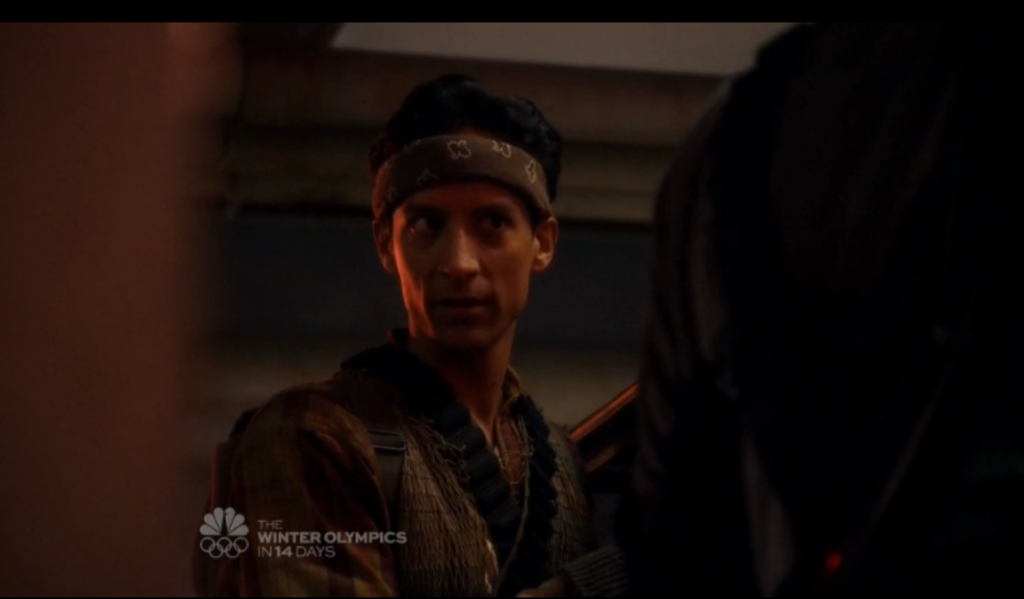 Yes, Abed, I will play with you forever! By which I mean, hide out on Shirley Island and trade in black-market rolling chairs and cafeteria chicken fingers.

7. “I don’t want to be crazy but I am crazy. So I made a game that made you and everyone else see what I see.” 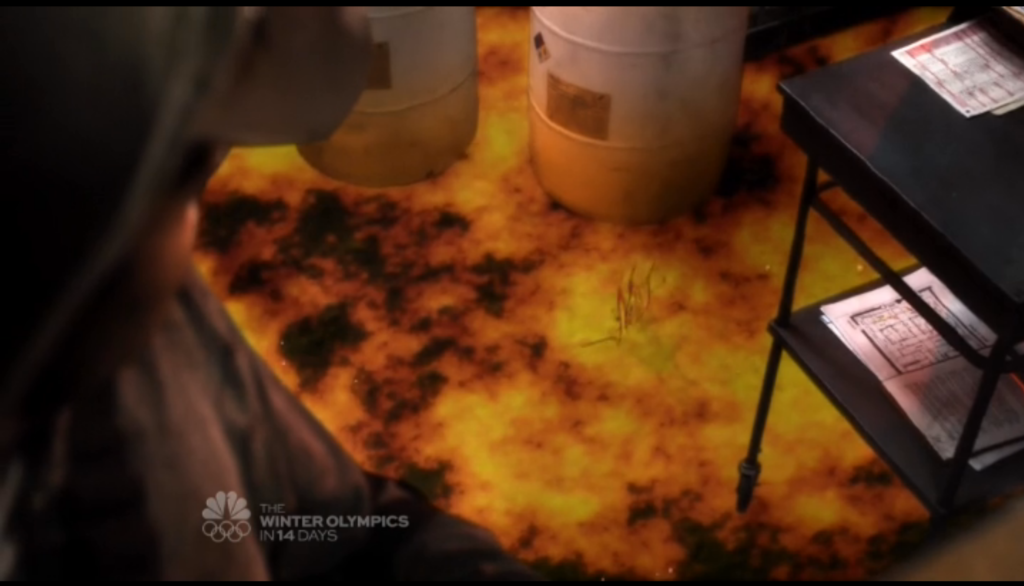 Abed admits that the school-wide game of hot lava is completely real to him, and he’s sad and embarrassed and UGH JUST LET ME LOVE YOU. 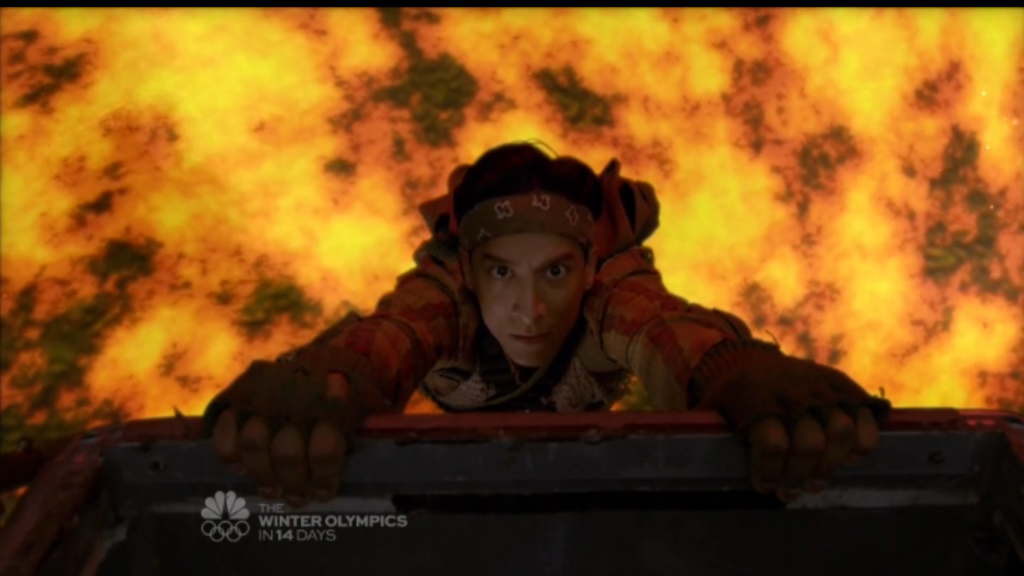 *Flings himself into fake fiery depths of floor*

Emoshun Level: OHMYGODOHMYGODOHMYGOD I AM WEEPING FIRE MY TEARS ARE LAVA DROPLETS AND I DON’T THINK IT’S BECAUSE TROY’S LEAVING BUT BECAUSE I KEEP REPLAYING THIS SCENE OVER AND OVER SO I DON’T HAVE TO LET HIM GO. 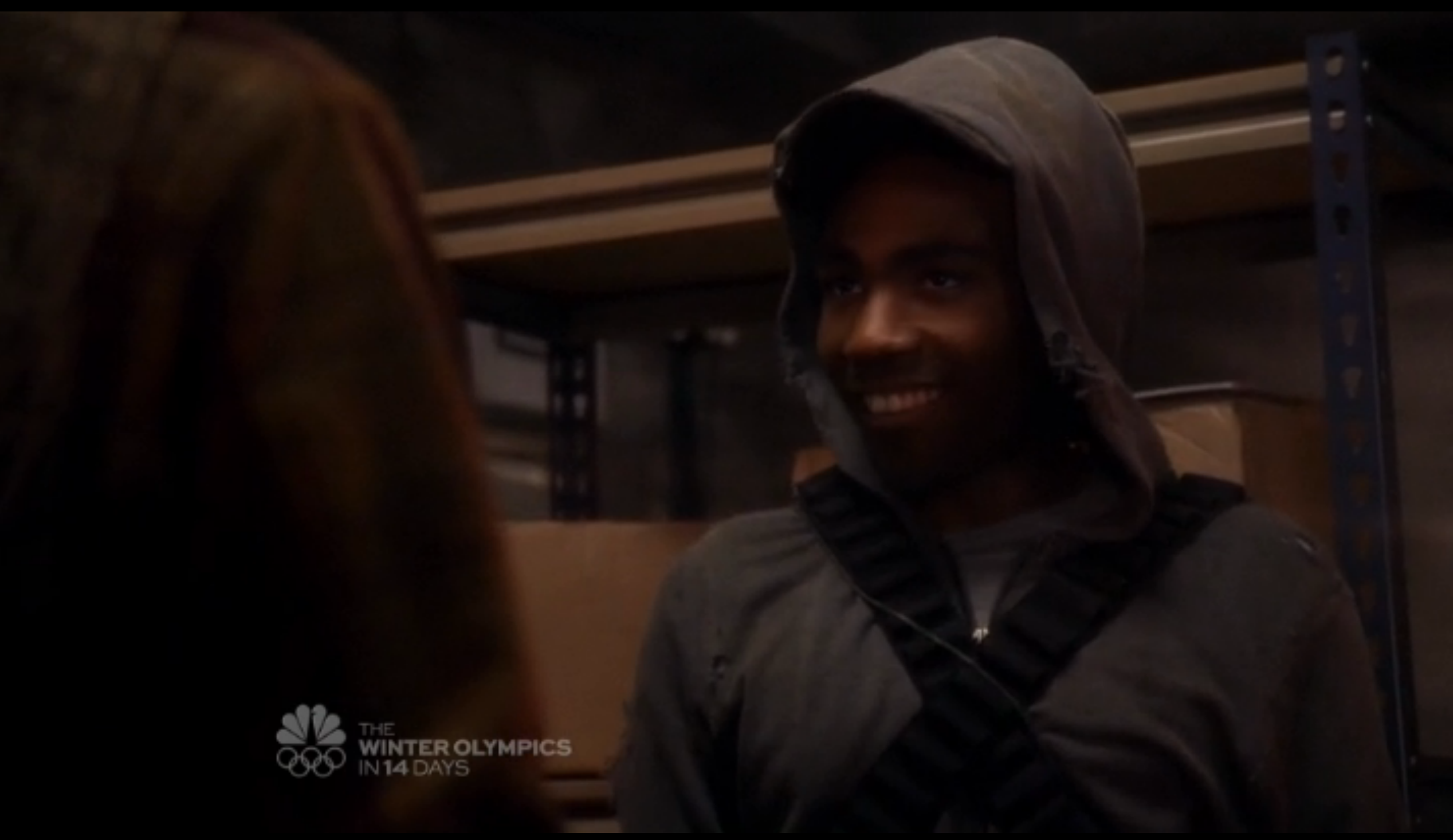 Dan Harmon I could just kiss you on the mouth right now or leave you a shockingly aggressive voicemail in which I yell at you about how FREAKING PERFECT THIS CONCEPT IS. Like I think I’ve just found the key to dealing with all my life’s problems.

Emoshun Level: Wanting to kiss Dan Harmon on the mouth. 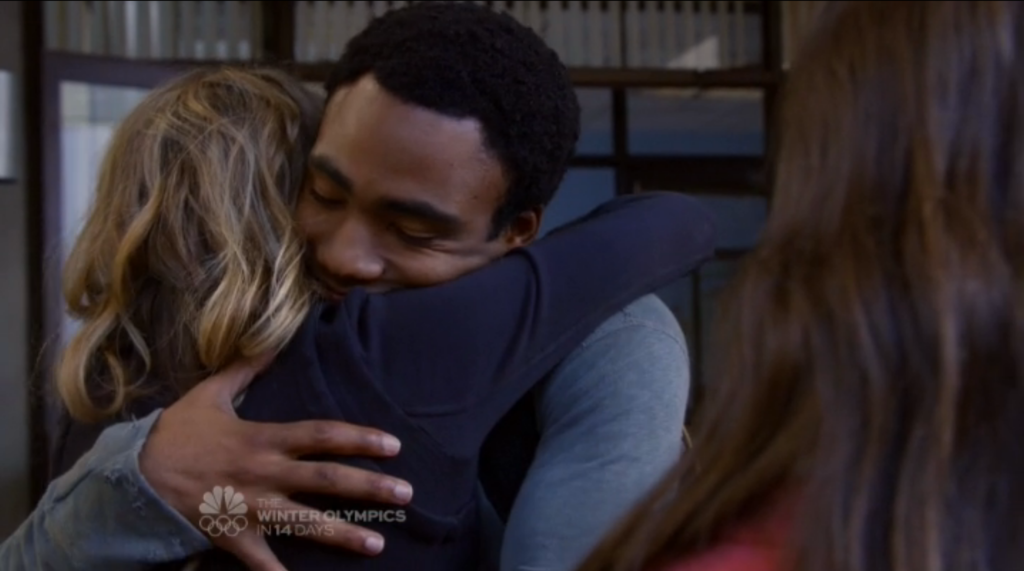 Bonus reveal that Jeff is bad at sex.

Emoshun Level: Honestly I’m just so stunned and humbled by this incredibly sincere moment that I don’t know how to evaluate my feelings.

3. “I ended up living with you- I’m pretty lucky.” “I’m not. I had a chance to be your friend in high school, but I was too busy trying to be cool. I missed out on four more years of Annie.” 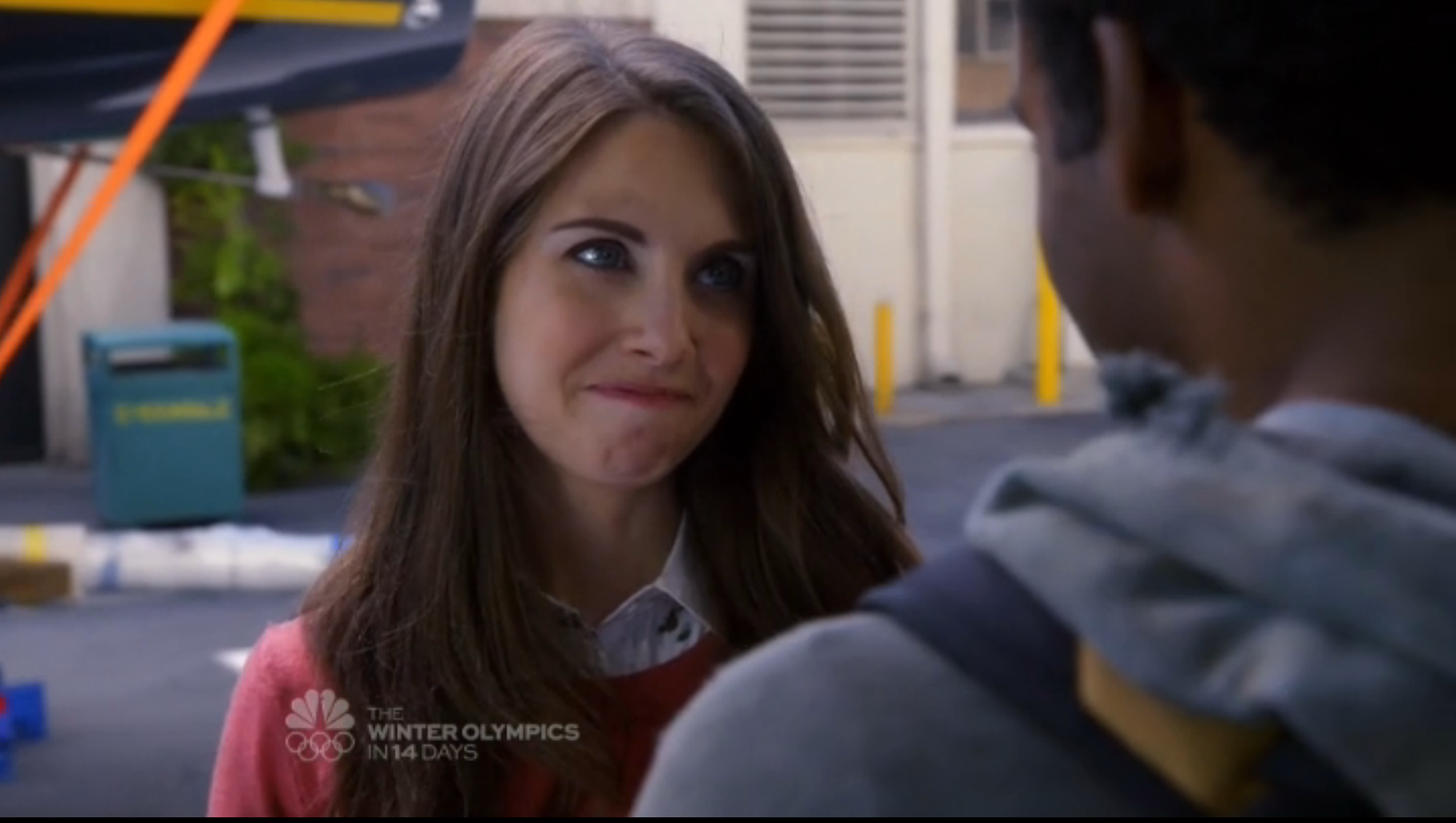 2. “By the way when I cloned you I spliced your DNA with genes from a homing pigeon. You may notice side effects, like a compulsion to come back.” 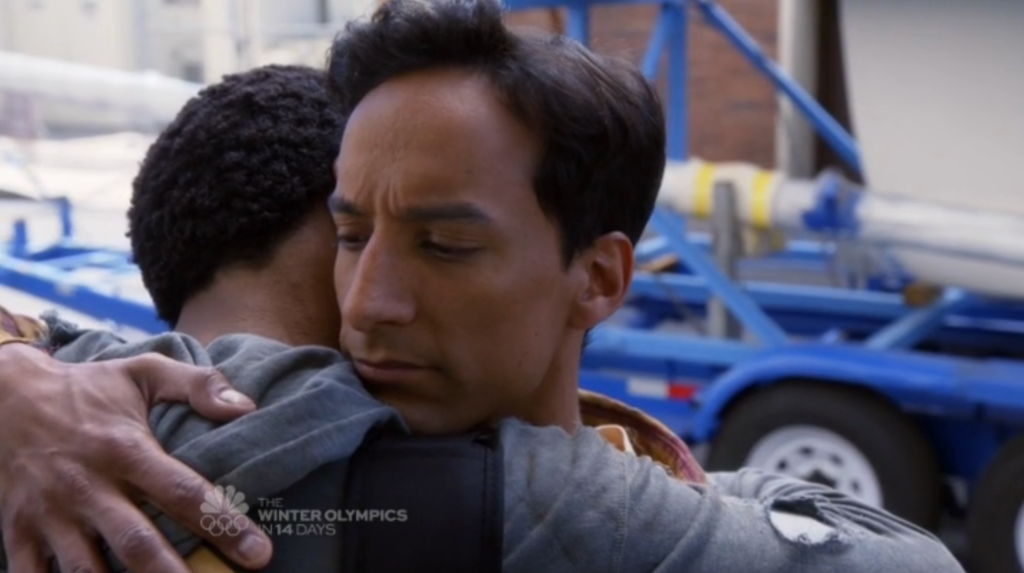 It is possible that I made up “spliced” because that part is literally indecipherable due to Abed’s wild emotionality.

Emoshun Level: Projectile tears a la Spongebob Squarepants. Governments should start investing in water plants to filter out the salt and bitter resentment so that communities around the globe can benefit from my eye secretions. The resorvoirs won’t be drying up anytime soon. 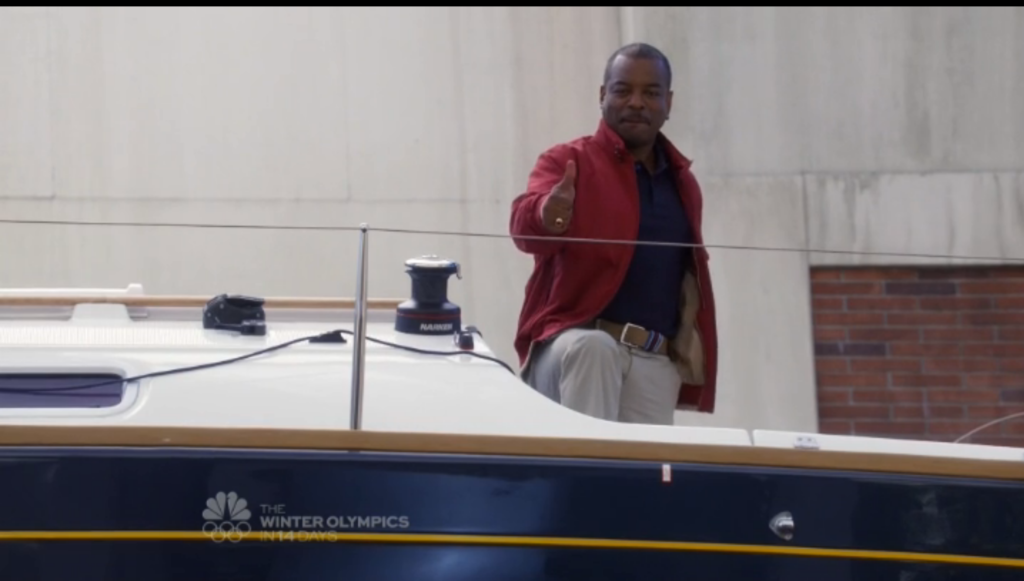 That’s cool Levar, I can absolutely handle this Season 2 throwback to a happier time when I took Troy’s delightfully dim-witted presence for granted. And don’t worry about the emotional baggage you’re bringing from a certain 90s television program that inspired my love of wordz. Seriously my clone self is fully equipped to deal with this lethal combination of heartbreak and nostalgia.

So Troy, you SAIL away on the Childish Tycoon with your celebrity companion.

Because you can go anywhere.

As a butterfly. In the sky.

Emoshun Level: None. I’m done with emotions. Goddamn it all.