Home Gaming Zombie Versus Zombie: The Last of Us vs The Walking Dead
Gaming

Zombie Versus Zombie: The Last of Us vs The Walking Dead 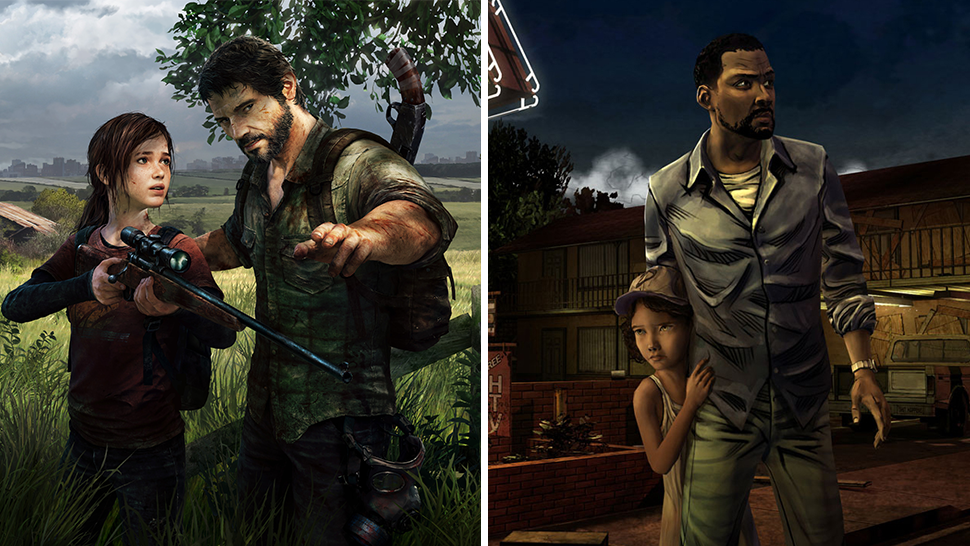 The thing about the living dead is that they don’t really change.

The Last of Us is an immersive game. Zombies can be hiding around any corner. The sharp rattling of a clicker stabs at the heart with a blade of fear. The player controls Joel (and, for a short time, Ellie) from a third person perspective while an artificial intelligence moves the others. The AI in the game is better than in many others – for example, enemies will actually take cover, call for assistance, and even take advantage of player drawbacks such as a lack of ammunition – but several situations remain unrealistic, such as the ability of friendly side characters to pass zombies undetected.

The game offers players a variety of tactics, including head-on and guns-blazing or slow and stealthy. There are also long stretches of gameplay without action, where characters converse with one another or puzzles present themselves for the player to solve. Hidden items can be used to build makeshift weapons or present more information about other characters and the post-apocalyptic situation, thus encouraging exploration beyond the main areas of the game. All of these add a healthy level of variety to the game and make it much more interesting to play.

The Walking Dead, on the other hand, is much more of a point-and-click style game, at least in theory. Because the focus of the game is on character development and plot, the game can at times seem like a movie, albeit one in which players can affect outcomes. This element of choice is one of The Walking Dead’s strongest assets, but it factors more into the character and story elements than the gameplay itself. The Walking Dead does not have an emphasis on solving puzzles or even action, and most of the exploration opportunities offered are for interaction with other characters. This element also plays more into character development. Because of this, I have to award the title of Better Gameplay to The Last of Us. 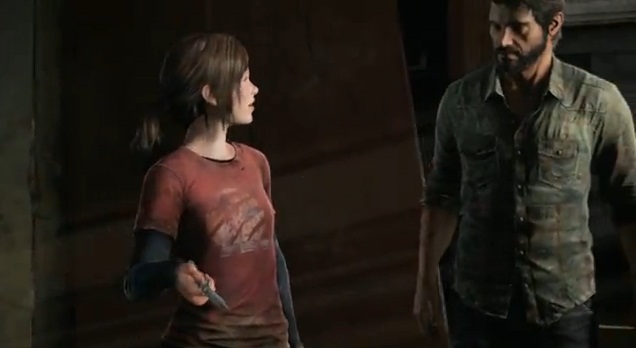 Both games also feature a large ensemble, but they go about it in different ways. The Last of Us seems to be a hydra. Once one character dies, another comes in to take his or her place. That makes it all the more impressive that each character proves so memorable. The player spends barely 20 minutes with Joel’s daughter Sarah, and yet her death (oops, spoiler alert) constitutes one of the most memorable scenes in the game. And the game has plenty of other characters to tug at your heartstrings, from the badass Tess and the sadness of the whole ‘go, I’ll hold them off,’ death sequence to the tortured leader of the Fireflies, Marlene, and the sacrifices she was willing to make for the good of humanity.

In terms of development, however, The Last of Us is really successful with its two main characters, with Marlene being an arguable third. Because the other characters come in and out of focus, it is difficult to gain a firm understanding of who they are. Enough time is spent with them to see the audience become emotionally invested, but not enough to see how they progress. Ellie undergoes the most change, coming-of-age in a world fraught with danger. Joel also changes throughout the story, slowly accepting the reality of his daughter’s death. However, his moral quandary at the end – saving Ellie or humanity – demonstrates how he was unable to overcome his inner demons. It’s one of the most tragic things I’ve seen in video games, and I gladly give The Last of Us credit for that.

The Walking Dead also features a large ensemble of characters, but it takes a slightly different tactic with them. Not keeping them alive—oh no, The Walking Dead is as guilty as any zombie game of killing its characters. But while The Last of Us keeps them on a rotating platter like a sushi bar, The Walking Dead, for the most part, introduces them early and keeps them around for a while. Not all the time, admittedly, but in most cases. Lee, Clementine, Kenny, and, depending on your choices, Ben, all make it through most of the game. The majority of the characters in The Walking Dead are given time to develop, particularly Clementine, with her coming-of-age story, and Kenny, who suffers so much with the deaths of his wife and child (both of whom were also given significant development). The game knows when to introduce new characters and when to eliminate older ones, and this adds in a further level of audience investment.

Both of these style work rather effectively, but in this case, I have to give the point to the The Walking Dead. It just has more time and devotes more energy to developing its characters and creating a cast who, upon passing one, will be sincerely missed. With the score all tied up, we come to the final element in our comparison: the story.

Both games have survival as their main objective. The Last of Us appears to have fared a little better in its background. The zombies come from a fungal infection that attaches to the brain and grows all around it. In The Walking Dead, they’re just there, waiting to kill Lee the moment he escapes from the crashed police car. In The Last of Us, not only are there bandits, but there is also an oppressive government group cracking down on survivors, and a resistance movement known as the Fireflies. In The Walking Dead, it’s really only you and your group (Crawford comes close to filling in the oppressive government slot, but they are eliminated offscreen). (Yes, I know there are more groups in 400 Days and Season 2, but this comparison excludes both of these as well as Left Behind).

So The Last of Us has a dystopian future plus zombies while The Walking Dead only has the latter. But that doesn’t necessarily make a better story.

One element that assists The Walking Dead is choice. The Last of Us is a set narrative. A fixed point in time. What happens will always happen. In The Walking Dead, players can actually change the outcomes of certain scenarios and even get some characters killed. The story branches into many possibilities, incentivizing the idea of a second playthrough. The final choice in the game, deciding to have Clementine shoot or abandon the player, doesn’t actually impact the game, but it remains one of the most harrowing choices in the game because of the relationship these characters formed not only with each other but also with the player.

The final choice in The Last of Us is made for the player – Joel chooses to save Ellie over humanity. The impact of this moral quandary is strengthened when players learn that this is against Ellie’s will. By ending with Joel lying to Ellie about the situation, the weight of the story sinks in as the player realizes that the bond built between Joel and Ellie for the entire game is beginning to break.

The Walking Dead, though it features plenty of moral choices, doesn’t compare to The Last of Us in that respect. Most stories would have sacrificed Ellie for the good of humankind and, sad as that would have been, it would have been the happy ending. The Last of Us isn’t afraid to delve right into darkness and drama. The Walking Dead also ends on a cliffhanger, with Clementine spotting two figures in the distance. However, I consider this to be a weaker ending than The Last of Us. The Walking Dead’s ending makes us fear for Clementine, but it doesn’t leave the player with a moral message or thematic implication (though there are still tears from Lee’s fate).

Both games are outstanding. Both are worthy of praise. Choosing one over the other was as tough as any choice in The Walking Dead. However, the above point scores reflect a winner: The Last of Us, the superior zombie game.