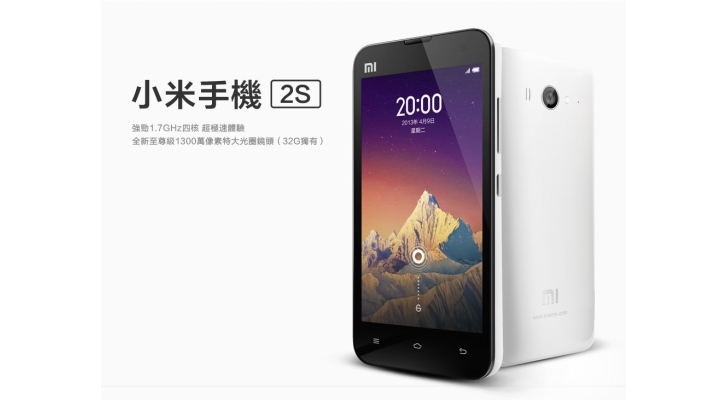 Xiaomi, a Chinese manufacturer of Android devices has recently managed to sell 200,000 units of its latest Xiaomi Mi2S smartphone in less than a minute, 45 seconds to be exact. Xiaomi may not be as popular as Apple or Samsung in the mobile industry, but its name has been in the news lately for their high-end specs and reasonably priced smartphones. The Chinese OEM’s popularity has been growing each day and the latest feat achieved by its Mi2S smartphones proves it.

According to GizChina, nearly 200,000 units of the latest Mi2S sold out in no more than 45 seconds. Even though 200,000 units may not sound pretty huge to you,  but selling out in just 45 seconds is really a record and shows how well these smartphones are performing.

What makes the Xiaomi Mi2S sell like hot cakes? Glad you asked, the smartphone comes with some mouth watering specs and could definitely be a big hit if it ever launches in the United States. The device is powered by a 1.7 GHz Quad-Core Snapdragon 600 chip, 2GB of RAM and a 4.3” display with 720p resolution. It comes in two models, a 16GB version and a 32GB one. The Mi2S 16GB model) sports an 8 megapixel rear shooter while the 32GB version comes with a 13 megapixel camera. According to the company, the Mi2S scored a whopping 25,912 in AnTuTu benchmark test, which is even higher than the latest Samsung Galaxy S4 smartphone.

The handset runs on a modified version of Android Jelly Bean OS called MiUi v5. It is one of the most beautiful Android ROMs you will ever see and offers some pretty cool features.

Even though the Xiaomi Mi2S comes packed with some really decent specs, the price tag on the other hand is even much more impressive and reasonable. The 16GB version will cost you 1999 Yuan ($324) while the 32GB variant will set you back 2299 Yuan ($373). For a Quad-core phone that’s even faster than the latest flagship smartphone, that’s definitely an unbelievable price.

The Xiaomi Mi2S seems like a flagship Android phone, and if the company keeps up the good work, it will have a fairly hard time keeping up with the high demand. Considering the the population of China, which is over a Billion; 200,000 units doesn’t seem like a big task.  Still though, selling out in just 45 seconds is just mind-boggling and shows how much demand there is for Xiaomi’s smartphone.

There are still no words on the global availability of the smartphone and to be honest, we’re pretty certain that the Mi2S won’t hit the North American market any time soon.