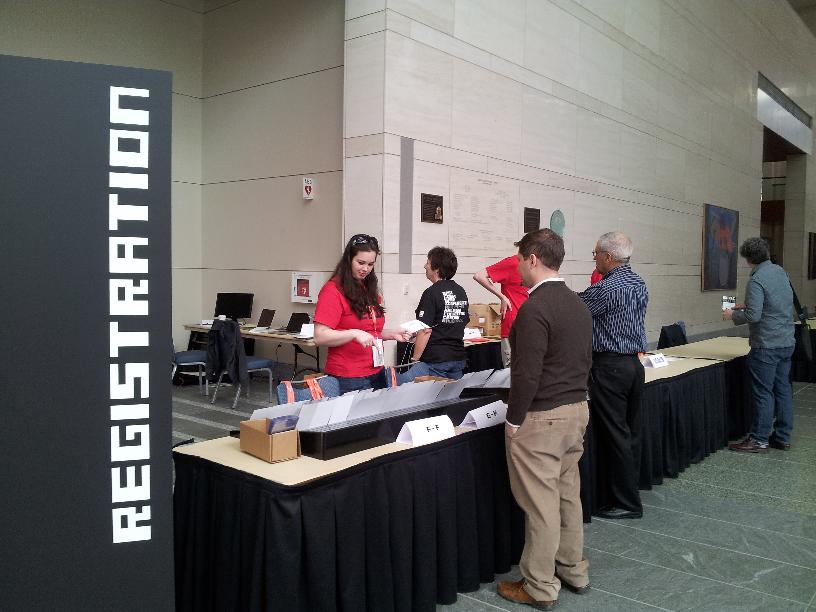 ECGC’s lineup includes a keynote from Epic Games’ alum, Cliff Bleszinski (Cliffy B to Kotaku fans), game producers, designers, writers and professors in art and game design from UNC. Since North Carolina has so many game design schools, several of the panels and presentations were geared towards design students or new grads. NC State professor Tiffany Barnes’ “Making Games That Don’t Suck”, for example, focused specifically on how a class project game can succeed or fail. (Takeway: Students, like all fledgling game designers, must be discouraged from creating an innovative real-world always-on augmented reality MMO, crossed with a resource management, multiple-currency ecosystem, tower defense tabletop game, and focus on completing a two-person card game by deadline.) The Career track offers overviews of what different positions do, as well as industry specific interviewing advice. This is especially helpful for new grads looking for work in an industry where most of the usual interviewing rules don’t apply.

There’s also a lot of professional development sessions for working game developers and designers. Writing track includes creative games writers like Tracy Seamster, Mur Lafferty, Jeremy Bernstein, Matt Forbeck and Steven S. Long. Overall, it’s a real delight for me to see so many women speakers, and especially so many women talking about something other than Women In Games Initiatives.

The conference is presented by the Triangle Game Initiative, an organization of videogame companies based in North Carolina, and by the International Game Developers Association (IGDA), the professional association of video game developers, designers, producers, and other industry professionals.