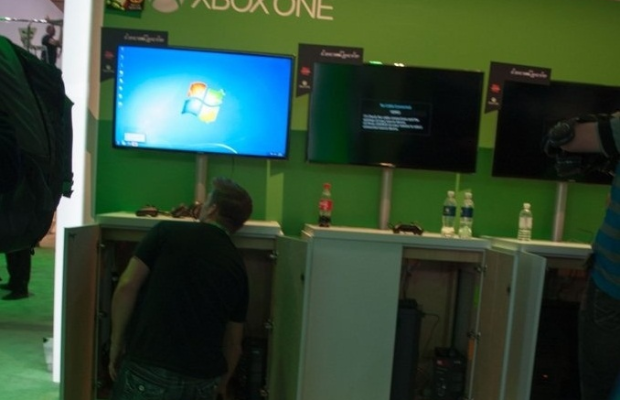 After the Xbox One received an underwhelming reception, Microsoft has found itself at the heart of another E3 blunder.

Geek Insider has heard through the grape vine reports that suggest that games shown at the Xbox One booth were not actually running on Microsoft’s new console, but they were in fact running off a Windows 7 PC using Nvidia’s 700 series CPU.

The news that Microsoft has been giving E3 audiences the old ‘smoke and mirrors’ trick when it came to the Battlefield 4 booth was posted on Twitter by US Gamers’ Julian Rignall.

I just played an Xbox One game using an Xbox One controller that crashed… to a Windows 7, Hewlet Packard-branded desktop. Magic!

Despite EA’s COO, Peter Moore claiming that Battlefield 4 had been running on “Specs to Xbox One” it appears that the booth was not using the AMD GPU that is being used for Xbox One, but is instead running on a high-end PC.

Another question that arose was with regards to the operating system used. The booth used Microsoft’s Windows 7, and not Windows 8. Does this mean that even Microsoft prefer their older system or just that they don’t have much confidence in Windows 8?

These rumors are not helping Microsoft’s infamous new console especially after they confirmed that the Xbox One would need to be always connected and that there will be some form of pre-owned restrictions, announcements that have been extremely unpopular with a majority of the gaming community. With that in mind could this deceiving act be the final nail in the Xbox One’s early coffin?

What do you guys think about Microsoft’s latest blunder? Do you still think you can trust them in the future? Does anyone actually like Windows 8? Let me know in the comments below or on Twitter @JonathonAalders.