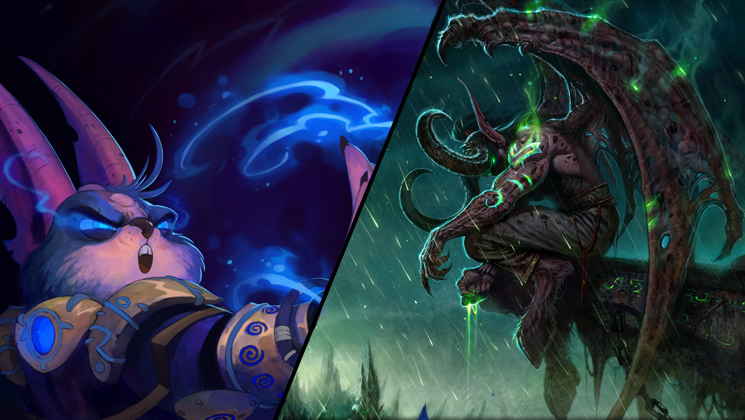 Ever since World of Warcraft’s release in 2004 Blizzard has dominated the MMO field. No other game has done as well as WOW. It, also, has stayed on top for almost 10 years. They released four expansions with a fifth announced in 2013 but has yet to be released. Over the game’s lifetime it was announced that over 100 million accounts have been created. But since fourth expansion, Mists of Pandaria, there has seen some drop off in players. But now a new MMO has come onto the playing field. This MMO is Wildstar, the new game created by Carbine Studios. It was wildly popular at conventions. With a beta test that was incredibly successful, is Wildstar poised to dethrone WOW from its position?

The Incumbent: World of Warcraft

World of Warcraft has been a juggernaut in the gaming world ever since its creation in 2004. With the $15 subscription, fee Blizzard has made millions of dollars that they have been able to put back into WOW, making it the undisputed king of the MMO world. Expansion after expansion was released, adding more and more to the game world and raising the max level that a player could achieve in the game. The game system had players coming back time and time again to reach the max level and get the best gear. It is a brilliant model that has been used by other companies for their own MMO’s, but no one has ever gotten close to what WOW had created.  With four successful expansions, it seemed like nothing could stop them but late in the Cataclysm expansion active accounts dropped and it seemed like WOW was on the down slope. Mists of Pandaria picked up active users again but it not like it was before. While still in control of the MMO market WOW is not as strong as it once was.

The New Kid on the Block: WildStar

In 2011, a new MMO was unveiled at Gamescom, this game is WildStar. Developed by Carbine Studios and published by NCSOFT, it was very well received at Gamescom and other convention where it was shown. Most recently PAX East, where WildStar had a booth and several cosplayers to show off the game. Wildstar released in beta form on May 8 2014 and ran until May 18 2014. The game went live on June 3 2014 and had two different versions for sale, a $60 regular version and a $75 deluxe version that came with a few extra features like a special costume, a hoverboard and a special house.

What WildStar Has to Offer

The game itself does not reinvent the wheel but it does change enough things that makes it a new experience in the MMO world. One is the combat system. Usually when an enemy is targeted it is almost always a hit. In WildStar, every attack has a hitbox that can be avoided, so now enemies can dodge and move out of your attacks. You really have to aim your moves and make them count because every one is not a guaranteed hit. This means that combat is much more mobile than it is in WOW. The battles are more immersive and unlike WOW, you need both hands on your mouse and keyboard to win. Also, the campaign is equal parts serious and humorous. This melds together very well. Where WOW requires large amounts of grinding that can get rather boring after an hour or two, wildStar offers different ways to level your character. One is random challenges that require you to complete a task in a certain time frame. Another, is the path you choose for your character. This gives you extra missions in every area that give you a large amount of experience for completing them.

A Shift in the Playing Field

WildStar is step in a new direction for the MMO world. WOW has been and is a very popular and successful game. But it has not changed much in its core gameplay since its debut in 2004. WildStar took what was successful about WOW and tweaked it. They made a gaming experience that is entirely their own. That, in my mind, is better than WOW. It is more immersive to the player and needs less grinding which means you can concentrate more on the story of the planet Nexus and just enjoying WildStar for what it is, a fantastic new player on the MMO playing field.