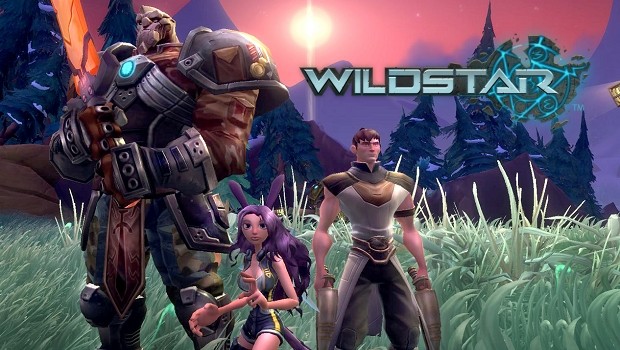 Wildstar is a spectacular up and comer in the MMO department and if you know me at all, I’m pretty pumped about it! We’ve heard nothing but good things out of Carbine Studios’ baby, so it’s only natural that we expected a good, solid business model when it was to be unveiled. I’m one of those folks who would happily spend money on Wildstar! Obviously though, it can’t be done now since the game has shifted to an early 2014 release instead of late 2013. But that’s another story! Right now, we’re focused on just how we’re going to give Carbine our cash in the coming future. And man, did they pick an interesting business model. We no longer have to sit and twiddle our thumbs wondering how it’ll work! SO what does Carbine Studios have in store? Free-to-play? Subscription-based? Buy-to play? Actually, YES. Yes to everything.

That’s right! Wildstar’s business model allows players to enjoy the game from all three models at the same time. Now how will this work? Why, through an incredibly innovative currency known as C.R.E.D.D! That Ratchet & Clank style acronym right there stands for “Certificate of Research, Exploration, Destruction, and Development,” all lovingly paying homage to the game’s main character paths. It’ll be available for purchase for $19.99 and allows one month of subscription. Kinda weird seeing as most games are $14.99 for a month. BUT! Players can earn this currency through the game in order to extend their time to play. And that’s not all! When the game launches, players will be allowed to sell their C.R.E.D.D. for in-game money. So, the way this works is that the game DOES have a monthly subscription, but it is entirely possible to pay for it in-game. We can simply earn a ton of money from playing, buy C.R.E.D.D, and then continue a subscription without having to spend a dime! Now that’s pretty cool! While C.R.E.D.D. is an entirely viable option, you’re more than welcome to subscribe to the game the old-fashioned way.

I had always hoped that Wildstar wouldn’t have a necessary pay-to-play business model. These days, I’m not interested in constantly shoving out money every month for a video game. So it’s more than nice of Carbine Studios to offer a way around it! The process is perfect for all sorts of players, much like content in the game! I think you’re on to something here, Wildstar. If you’re looking to pay for the game, you can get more in-game money, you can play without having to subscribe, AND you can just straight up buy money legally! How innovative!

The main thing I worry about is inflation. MMOs always have to be wary of their in-game economy. Luckily, producer Jeremy Gaffney confirmed that there would be more than enough ways for players to spend money. Lots of tempting things tugging at their wallets and the sort. Apparently the exchange prices will make perfect sense and will be entirely reasonable. Hopefully, everything will work out to Carbine Studio’s expectations. Every other company’s methods of payment are all wrapped up into one. While I was entirely skeptical looking over their model, I can say that I trust them to make this work. Let’s just hope Wildstar’s player base can make it so that the economy runs well!

Wildstar doesn’t cease to impress me with every addition they make. I’m very much looking forward to it! It was also announced (as I said earlier) that the game’s release is being pushed back to early 2014 instead of late this year. While that is a little disappointing, it shows Carbine Studio’s integrity. I admire that in game developers! Taking the right amount of time to make your game perfect is great in my eyes! And it sure took some time for Wildstar to announce its business model, so I’d bet that there was a lot of thought put into it!