1-1-1-2-1-3-1-1-1. What’s that you ask? A password? Some sort of secret code? NOPE. That’s just you, playing any old MMORPG. Aren’t you tired of that? I know I am! Hotkey based MMOs seem a little outdated to me. While I’m still a fan of Star Wars: The Old Republic (though my attention toward the game is ever so straining), I simply am tired of the repetitive and arguably boring gameplay style. Seriously developers, it’s time to move on. Just like that, they do! Carbine Studios, a subsidiary of NCSoft, announced back in August of 2011 an upcoming sci-fi MMO entitled Wildstar. Carbine Studios is composed of a bunch of ex-Blizzard Entertainment employees so I think it’s safe to say that they’ve been around the block of couple times.

As of recent, Wildstar has gained a TON of hype. Set for release during the second half of 2013, the game is pretty much promising players all sorts of revolutionary concepts that are certain to sweep the style of MMOs today as we know it! The game sticks with traditional WASD keyboard controls and is certain to be chock full of quests, dungeons, and PVP combat. As the developers say: it works well, so why break it? But unlike most MMORPGs, Wildstar has double-jumping! Neat! Also, one of the staples of the game is called “telegraphs.” This means that, when engaged in fight, both players and enemies will have zones displayed around them that allow for timing and navigating away. Players can use their enhanced movement capabilities in order to respond to these telegraphs.

As most MMOPRGs go, you select a class alongside the creation of your character that designates how you will fight throughout the game. There are six classes for the upcoming game consisting of a techblade-wielding Warrior, a magical gunman called the Spellslinger, a claw based Stalker, a psychic centric Esper, and two unannounced classes. While this would probably envelop your entire play style in any other MMORPG, Wildstar has made it ABUNDANTLY clear that this is not the case. In fact, you’ll be following a “path” throughout the game which is more based on how you’d like to enjoy the setting of planet Nexus. 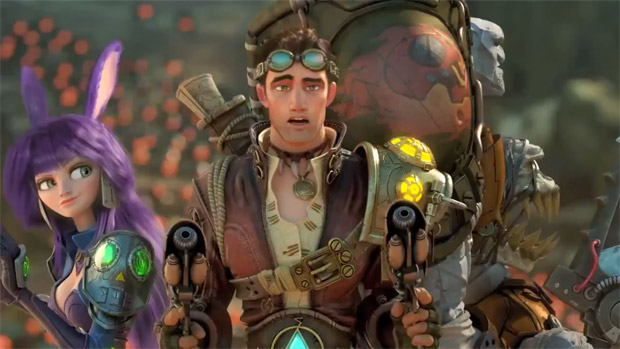 Paths, in short, are pretty awesome. The four available selections are the soldier, the explorer, the settler, and the scientist. The soldier is all about killing stuff. Pretty simple! Soldiers will set up a holdout and defend it from swarms of enemies or test out advanced military hardware. If you choose a soldier, you’ll also get to act as a hit man or perform rescue ops. The explorer (my personal favorite) goes all over the map. You’ll be climbing the tallest mountains, finding underground tunnels, drawing maps, and setting up surveillance.

I don’t know, I really tend to appreciate environments in MMORPGs, so I’m totally up for a path that is all centered around the doing just that! As a settler, you’ll be expanding settlements and doing a bit of infrastructure. Settlers can improve towns and set up supply caches for other players to use. Last, but not least, we have the scientist. From my impressions, the scientist seems to be a bit lore-centric, finding out about the origins of the planet you’re on as well examining its inhabitants. You’ll be analyzing plants and alien compounds as well! 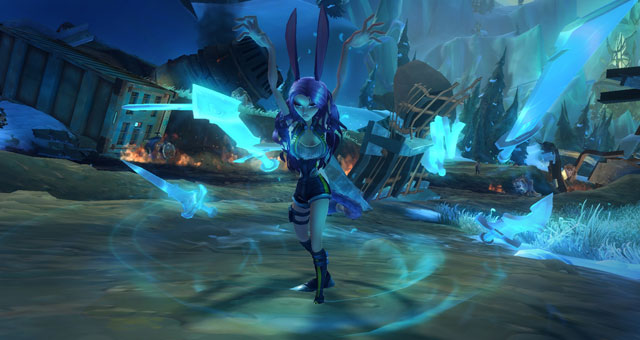 Not only do we get an awesome path system, players are promised housing that is 100% customizable. That’s right! Both the outside and inside! And there are no restrictions either! You’re able to put stuff anywhere and on anything. Because, really, why not?! Your housing plots can be filled with a garden, a mine, and portals too. To make it even more fun, you can go to your house from anywhere and any point in the game. AND there’s a ton of furniture from drops that you can add to your house! AANNDD that furniture gives you more Rest XP when you log out in your house! IT’S FREAKING BRILLIANT.

I’ve only scratched the surface too. There’s so much more that makes this game look more and more promising. Needless to say, I’m excited. Can you tell? The developers like to give info about the game periodically as well, so feel free to check up on it once in a while!

Hope to see you on planet Nexus!

Flying Bicycle on its Way to the Market: “Safe, Practical and Affordable Personal Flight”